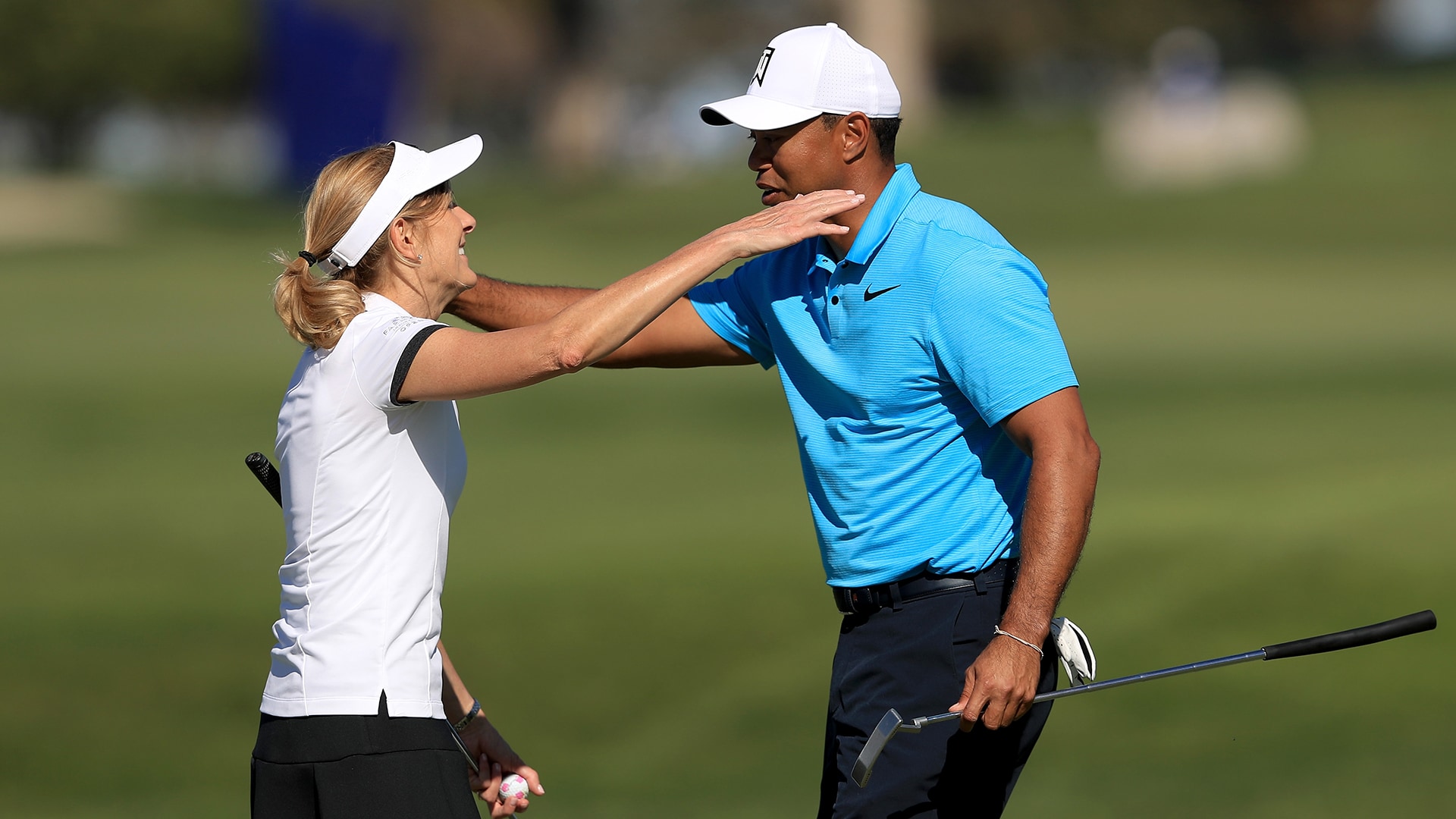 Tiger Woods played Torrey Pines' North Course on Wednesday as part of the Farmers Insurance Open pro-am. Take a look at some of the video and images from his round, including a sweet birdie at the first hole.

One hole.
One birdie. @TigerWoods birdied his opening hole in the @FarmersInsOpen pro-am. pic.twitter.com/OeIC9EdIIl

After flying his tee shot on Par 3 3rd on North course pin high and rolling off green @TigerWoods with another solid chip shot to 5FT pic.twitter.com/VaGtZNB7Bs

Not exactly Position A on this par 5: pic.twitter.com/D3xUTaQoTP

An ideal pitch.
A stress-free birdie. @TigerWoods finished Even on his first nine holes. pic.twitter.com/FWc0FtrD5R

There’s @TigerWoods on 5th tee in pro-am today thanks for following my updates thru 9 check out @GCTigerTracker for the back9! Off to interview @JustinRose99 & @RickieFowler pic.twitter.com/9wwAPEgXeT