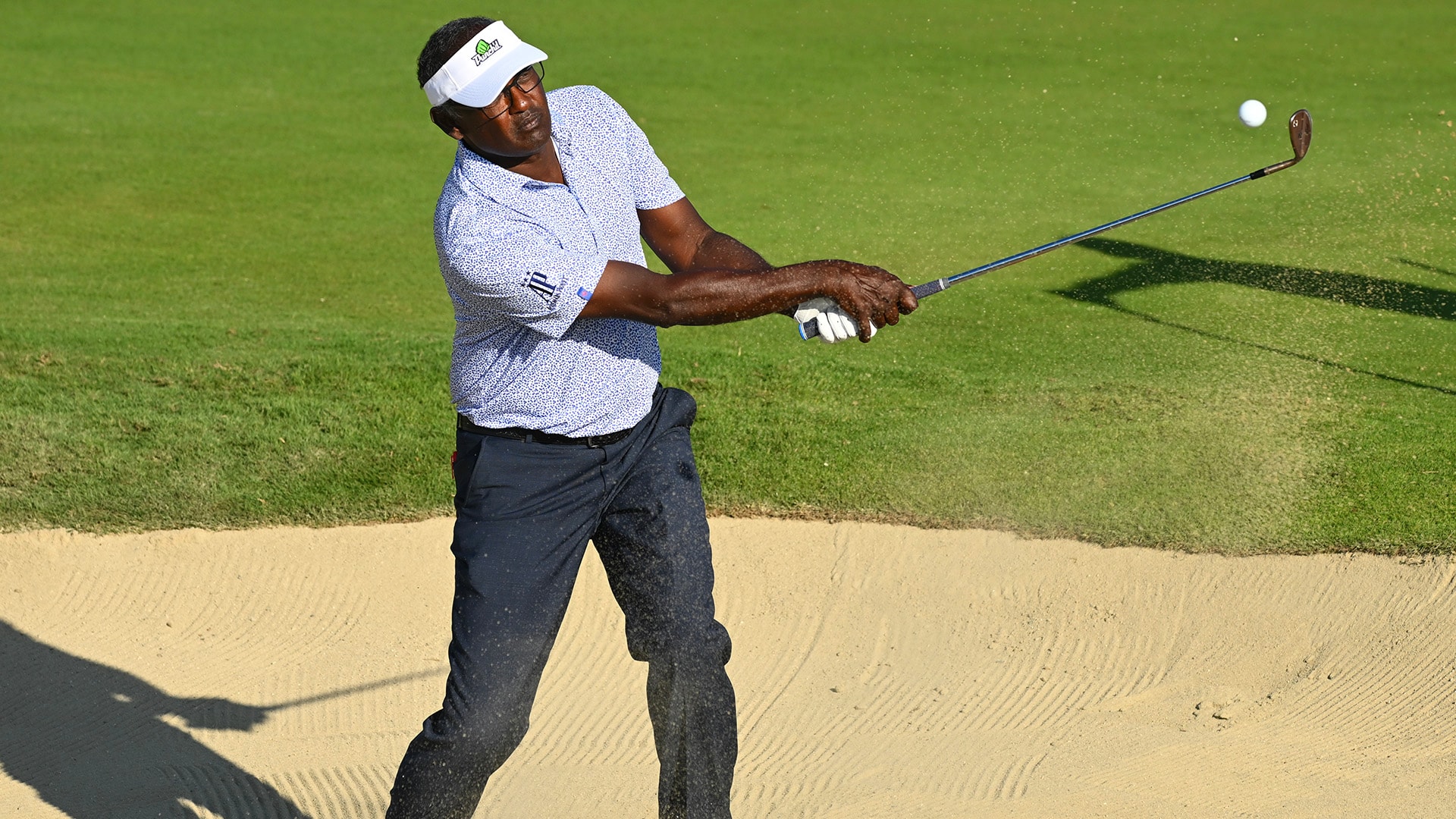 KA'UPULEHU-KONA, Hawaii — Ernie Els was on his way to a big lead until a double bogey slowed his momentum Friday. He wound up with a 4-under 68 and was part of a three-way tie for the lead in the PGA Tour Champions season opener.

Vijay Singh had a late birdie on the par-3 17th for a 67, while Stephen Ames birdied the last hole to join Els at the top in the Mitsubishi Electric Championship at Hualalai.

And it’s not just that trio, who were at 12-under 132. Eight players were separated by one shot going into the final round on the Big Island.

Jim Furyk, who tuned up for the Champions opener by playing the Sony Open last week on the PGA Tour, began the back nine at Hualalai with four birdies in five holes. He shot a 66 along with Miguel Angel Jimenez and Brett Quigley. They were one shot behind, along with Retief Goosen and Steven Alker.

Defending champion Darren Clarke could only manage a 72, leaving him six shots behind.

Bernhard Langer had a double bogey on the par-3 fifth hole, just like Els, shot a 71 and was five shots behind. The 64-year-old from Germany had knee surgery in the short offseason after capturing his record sixth Charles Schwab Cup title.

Els began the second round with a one-shot lead and quickly went to work with three straight birdies starting on No. 2. But then he took double bogey on the fifth hole.

Singh, who took bogey on No. 5, followed with two straight birdies. But he never caught up to Els until his birdie on the 17th. 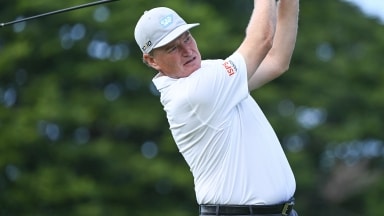