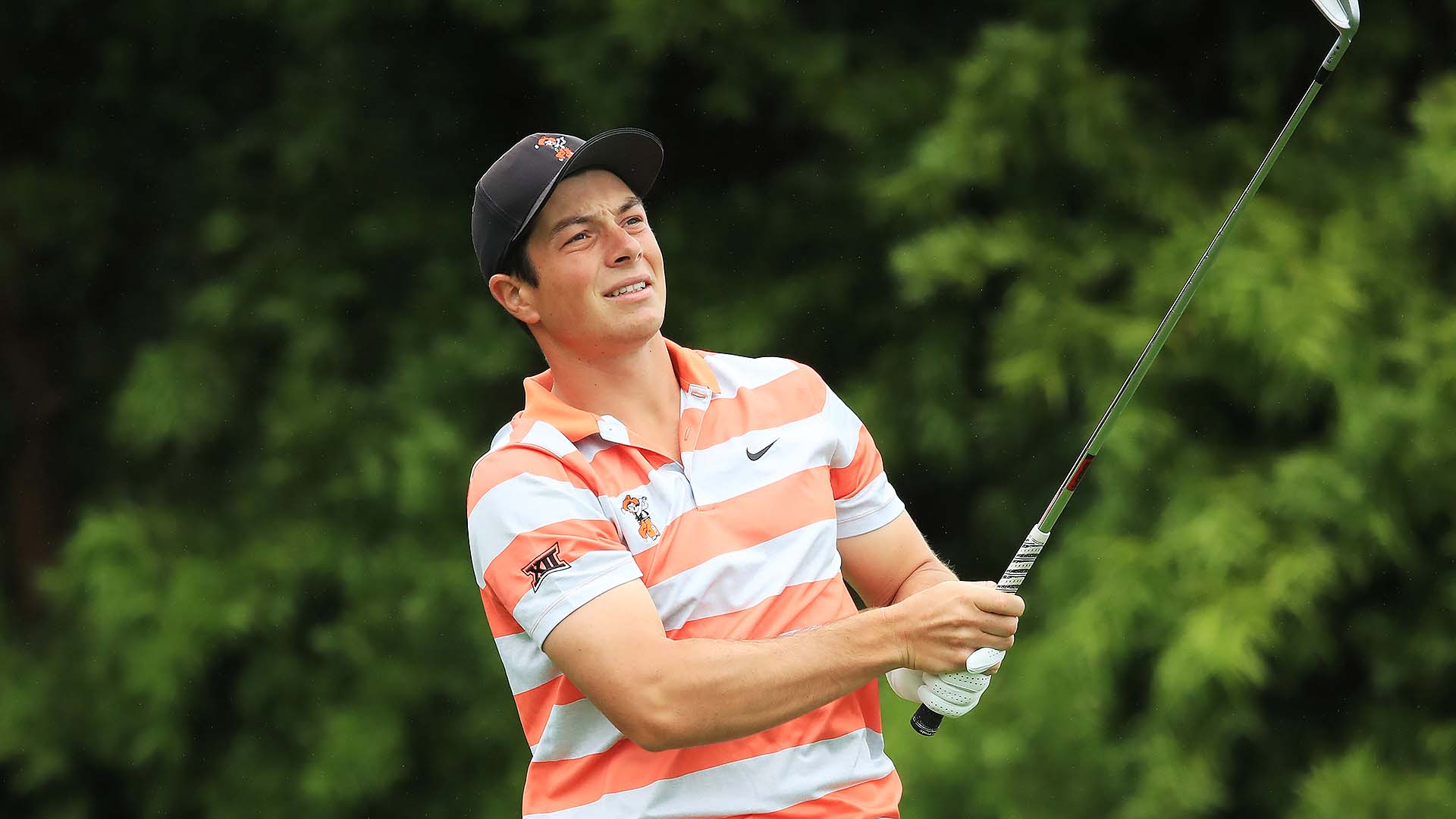 PEBBLE BEACH, Calif. – Viktor Hovland won the 2018 U.S. Amateur at Pebble Beach, and it was easy to see why this week at the U.S. Open.

In his return trip to the Monterey Peninsula, Hovland ended the week as low amateur after shooting 69-73-71-67 to finish at 4-under 280, the lowest 72-hole score by an amateur in U.S. Open history. The new mark broke Jack Nicklaus' record of 282 at Cherry Hills in 1960.

“It's obviously cool to perform such a thing,” Hovland said. “And I hope that this will feed or I can feed off of this going into my professional career and do more things like this and be in contention of winning tournaments.”

The Oklahoma State State product also finished as the low am at the Masters in April, joining Phil Mickelson (1991) and Matt Kuchar (1998) as the only two other players to accomplish that feat since 1990.

Hovland, 21, turned pro after the U.S. Open and will make his first four starts over the next four weeks on the PGA Tour at the Travelers Championship, Rocket Mortgage Classic, 3M Open and the John Deere Classic.

While the pro game is still brand new to him, he knew before he left the course on Sunday that he was ready for another trip back to Pebble Beach, for February's annual AT&T Pro-Am.

“I don't know quite what my schedule is going to be looking like,” he said. “But I can't wait to come back here already.”

Stanford’s Brandon Wu, who skipped his graduation ceremony on Sunday to play the final round of the U.S. Open, was the only other amateur in the picture for low am honors at Pebble Beach, but he stumbled coming home making three bogeys on his back nine and finishing at 3 over playing alongside Dustin Johnson.

While Wu missed out on walking across the stage with his fellow graduates, Stanford brought the graduation to him, arranging to have a cap, gown and diploma presented to him after his round Sunday.

"This is a nice backdrop," said Wu. "Stanford Stadium is pretty cool, but this is also pretty cool."