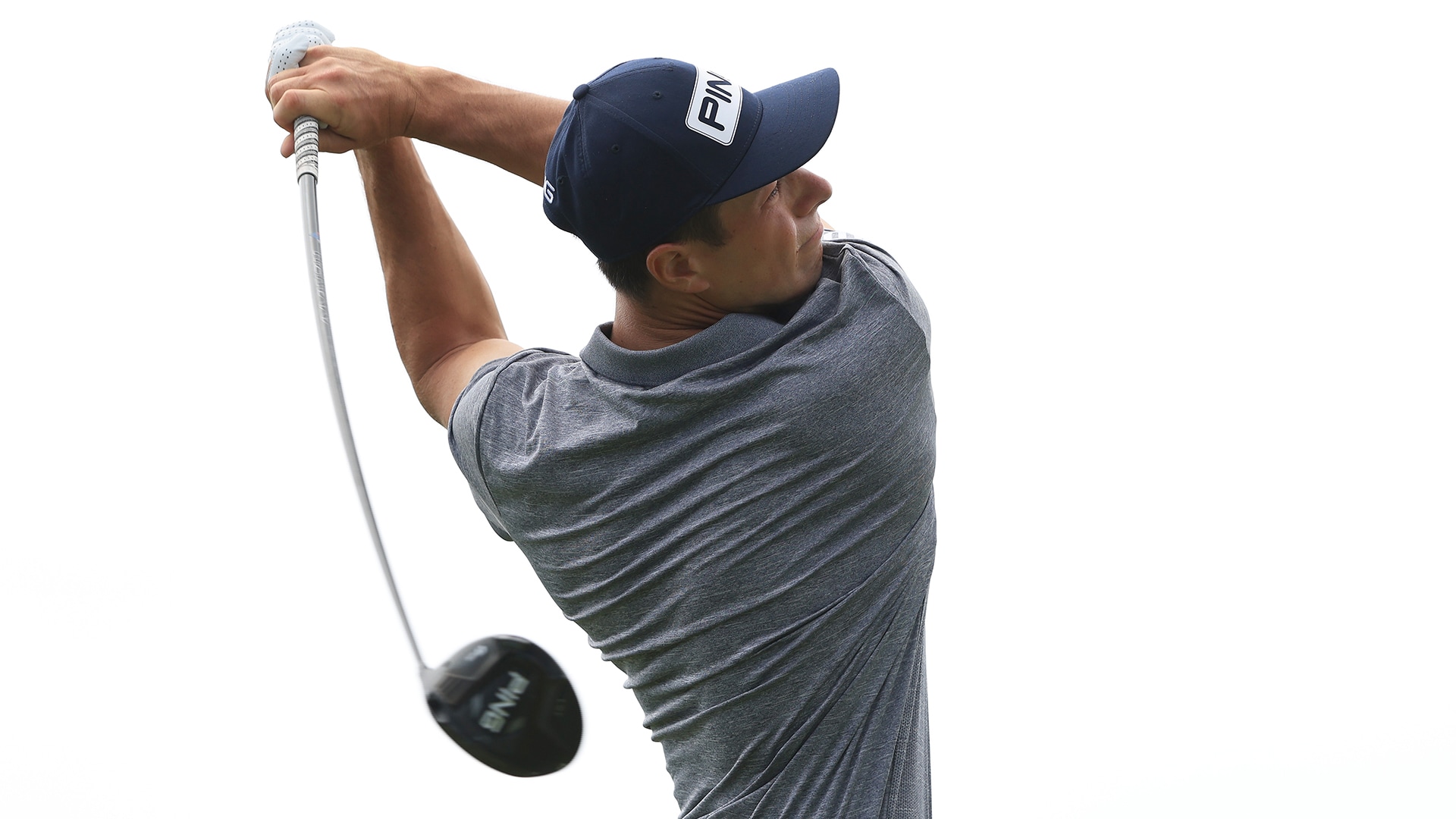 SAN DIEGO – Viktor Hovland withdrew from the U.S. Open midway through his second round with an eye injury.

According to a USGA official, the 23-year-old Hovland was struggling with sand in his left eye. Hovland said the sand flew in his eye while he was warming up before Friday's second round, and he requested medical assistance twice before he withdrew, including just two holes into his round.

Hovland, who shot 74 Thursday, was well outside the cut when he withdrew. He was 6 over through 11 holes following a double bogey-6 at the first hole, his 10th hole of the day, before he called it quits.

Later on Instagram, Hovland released a lengthy – and hilarious – statement:

"Hit a bunker shot in my warm up today and caught some sand in my left eye," he wrote. "Typically, when faced with such an unfortunate circumstance, the remedial action is to blink a few times for the sand to clear. However, the unique San Diego sand decided to linger. Much like the stubborn belly fat we all possess even after countless of hours of cardio... With a greatly diminished eyesight in the oculus sinister (left eye), the plan of attack was to try not to implode on the first few holes in order to have a chance to make the cut when eye sight had been regained."

Hovland ended with: "All jokes aside, hate to withdraw but will be back soon."