At WMPO, embrace the chaos and enjoy the party 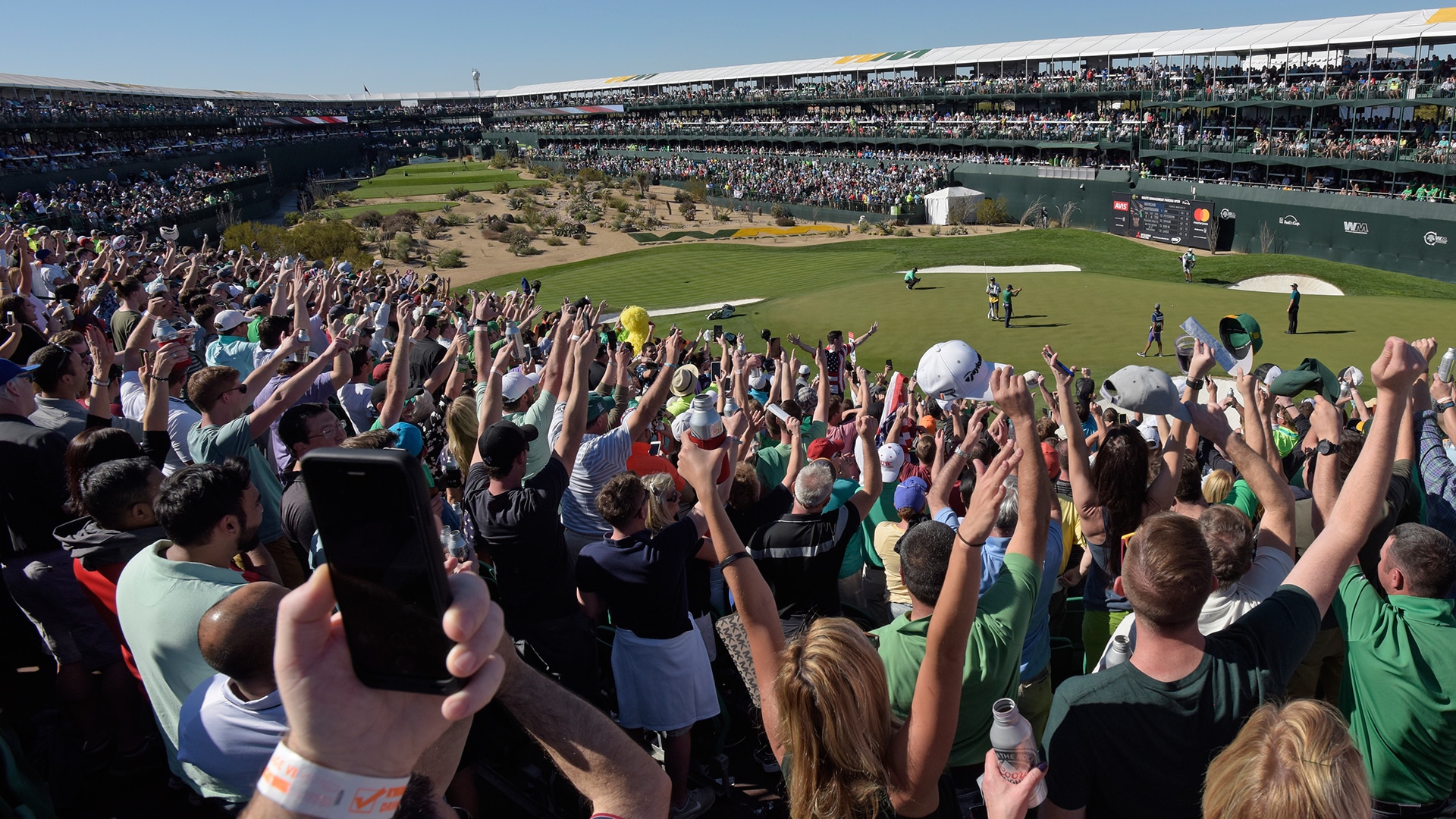 The party was pumping Wednesday at the Waste Management Phoenix Open, just like it always does. Fans came in droves to stand six-deep during a pro-am round, and pros and celebrities alike were serenaded by a DJ turning up the tunes as they stepped to the tee at the iconic par-3 16th.

Disc jockey, that is. Not Dustin Johnson.

But Johnson is one of the few big names missing this week from the PGA Tour’s biggest party, which has not-so-quietly transitioned from an event defined by a 163-yard cauldron to one that boasts a sneaky strong field amid a hectic West Coast Swing.

Five of the top seven players in the world are here this week. It's a field headlined by former Arizona State product Jon Rahm and one that includes two-time defending champ Hideki Matsuyama. Rickie Fowler, a runner-up two years ago, has also returned, while Jordan Spieth and Justin Thomas will have a chance to rekindle their oft-discussed friendship as they play the first two rounds together.

The party atmosphere remains alive and well, and now it’s starting to attract some of the game’s biggest names.

“I think everybody appreciates what this tournament is, and that this is a special week, different than any other that we have on Tour,” said Phil Mickelson, who is making his record-tying 29th tournament appearance. “Guys kind of embrace that, and they embrace this environment.”

This week’s winner is projected to receive 60 OWGR points, the largest haul offered in the Arizona desert since Mickelson won the second of his three titles back in 2005. The number dipped as low as 50 in 2012, but in the years since it has been on a decidedly upward tick as more and more top-ranked players try their hand amid an unparalleled atmosphere.

Credit is due to tournament organizers, who have proven to be forward-thinking and willing to embrace the challenges of a date on the calendar that regularly pits this tournament against the Super Bowl. Tour events are not necessarily known for their willingness to make widespread changes, but a quick trip to YouTube shows that when Tiger Woods made his famous ace on 16 back in 1997, the hole was lined with fans on foot rather than those propped up in sky-high grandstands and hospitality tents.

These days, there’s not only a cavern enveloping the entire 16th hole, but the three-story skyboxes have also popped up on the adjacent 17th green and down the final fairway. There are minor villages serving as watering holes throughout the property, with nearly every hillside occupied by at least a few dozen fans.

A tournament that once hung its hat on a single memorable hole has both literally and figuratively evolved.

“I like this place,” said Thomas, who is playing for the fourth straight year. “I think word’s kind of spreading, once people come here and kind of feel the somewhat of a major-type feel with some of the roars and the crowds, especially on some of those holes where you get a lot of people.”

Spieth offered a unique view on the tournament’s recent rise in prominence, noting that it has coincided with an era in which players like he and Thomas have climbed toward the top of the world rankings at a young age. It’s a theory that certainly has merit given that the average age of a top-10 player is currently 28.5 years old, an unprecedented low.

“I think there’s probably a little bit of a trend with it being the younger guys coming out and really enjoying this craziness,” Spieth said. “I think if you take an average age, it’s gone younger in the top 20, top 30 in the world, so I think that would probably tell you that it makes the field stronger.”

Craziness seems like an appropriate descriptor, and it’s one this event doesn’t shy away from, with fan estimates measured in the hundreds of thousands by week’s end. But the Stadium Course layout also plays a role in enticing players to return year after year.

That’s at least according to Thomas, who admitted he skips the WGC-HSBC Champions event in China every year despite the guaranteed points and money offered because he simply doesn’t think he can win at Shenzhen International Golf Club.

“At least for me it’s misunderstood,” Thomas said. “A lot of people are like, ‘Oh, you’ve got to go play Phoenix just because it’s a party and so much fun,’ and this and that. But I really do like this golf course, and that’s why I come play. I would never come play a tournament just because it’s fun.”

Whatever their motivations, some of the biggest names have gathered this week in the desert, where many of the game’s mores will go out the window. For one week only, players bask in an emotionally-charged atmosphere, and they even let their hair down a bit when walking to the 16th hole.

Bring on the noise. Embrace the chaos. Enjoy the party.