Highlights: Drives of 417 yards, 392 yards and a near-ace for Bryson DeChambeau 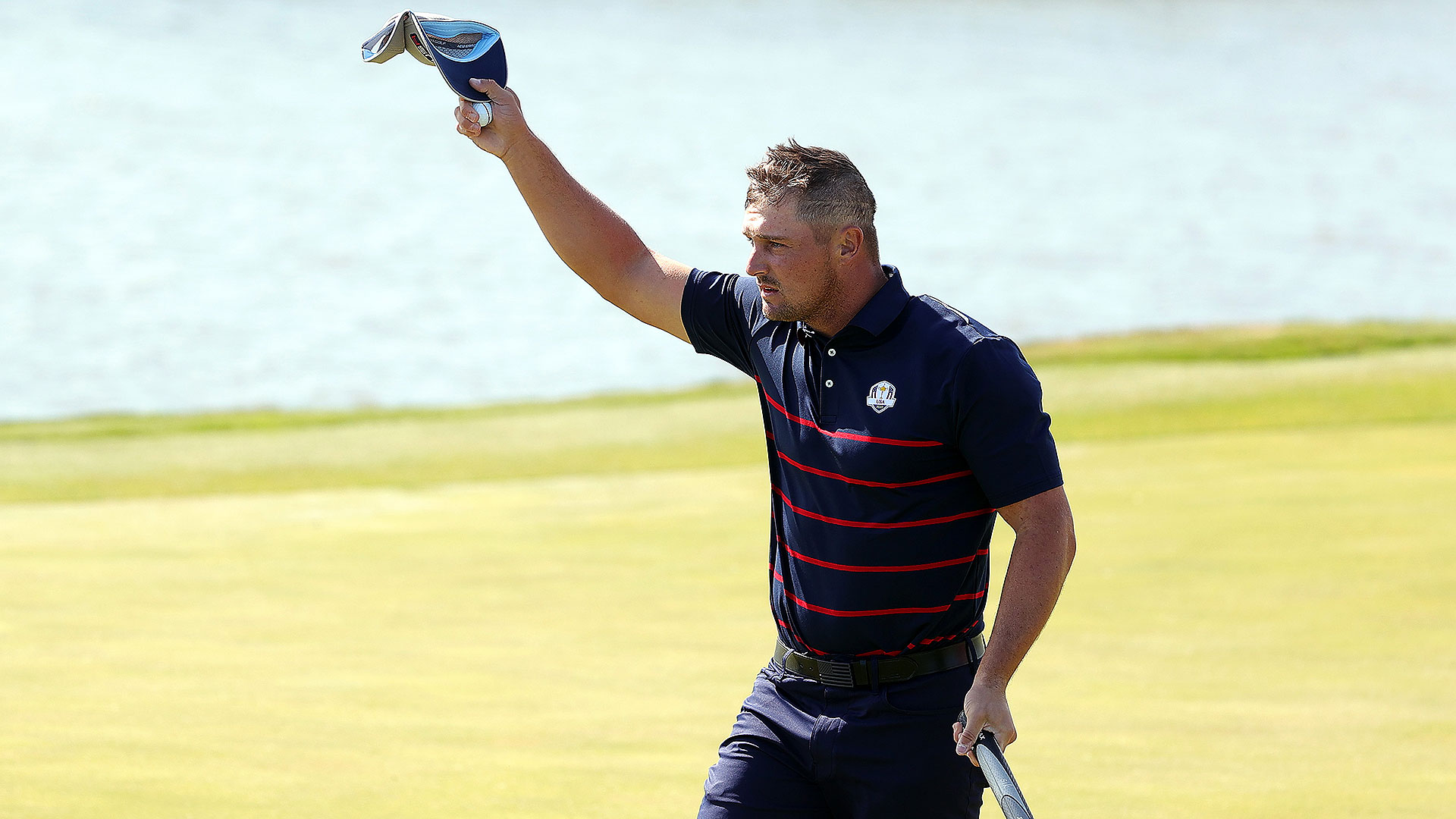 Bryson DeChambeau declared earlier in the week that he would take some imaginative lines off the tee at Whistling Straits.

He lived up to that promise during Friday afternoon's fourball session. Playing the 581-yard, par-5 fifth, DeChambeau aimed right of the water hazard and crushed a 417-yard tee shot into the neck of fairway.

DeChambeau had only 72 yards to the hole on his approach shot and pitched to kick-in range. He and teammate Scottie Scheffler won the hole to tie the match against Europe's Jon Rahm and Tyrrell Hatton.

For the record, that drive was 40 yards farther than the one he hit in the final round at the par-5 sixth in his victory at Bay Hill.

DeChambeau, however, was no one-hit wonder after seeing his first action after sitting out the morning foursomes. Tied through 11 holes and with Hatton and Rahm in tight at the par-3 12th, DeChambeau nearly made a hole-in-one for the halve.

He then wowed the crowd again at the 394-yard, par-4 13th. With partner Scheffler safely in the fairway, DeChambeau ripped a driver on the downwind hole. His ball finished pin-high in a greenside bunker (measured at 392 yards). He was unable to make birdie, though, and the two teams matched pars.