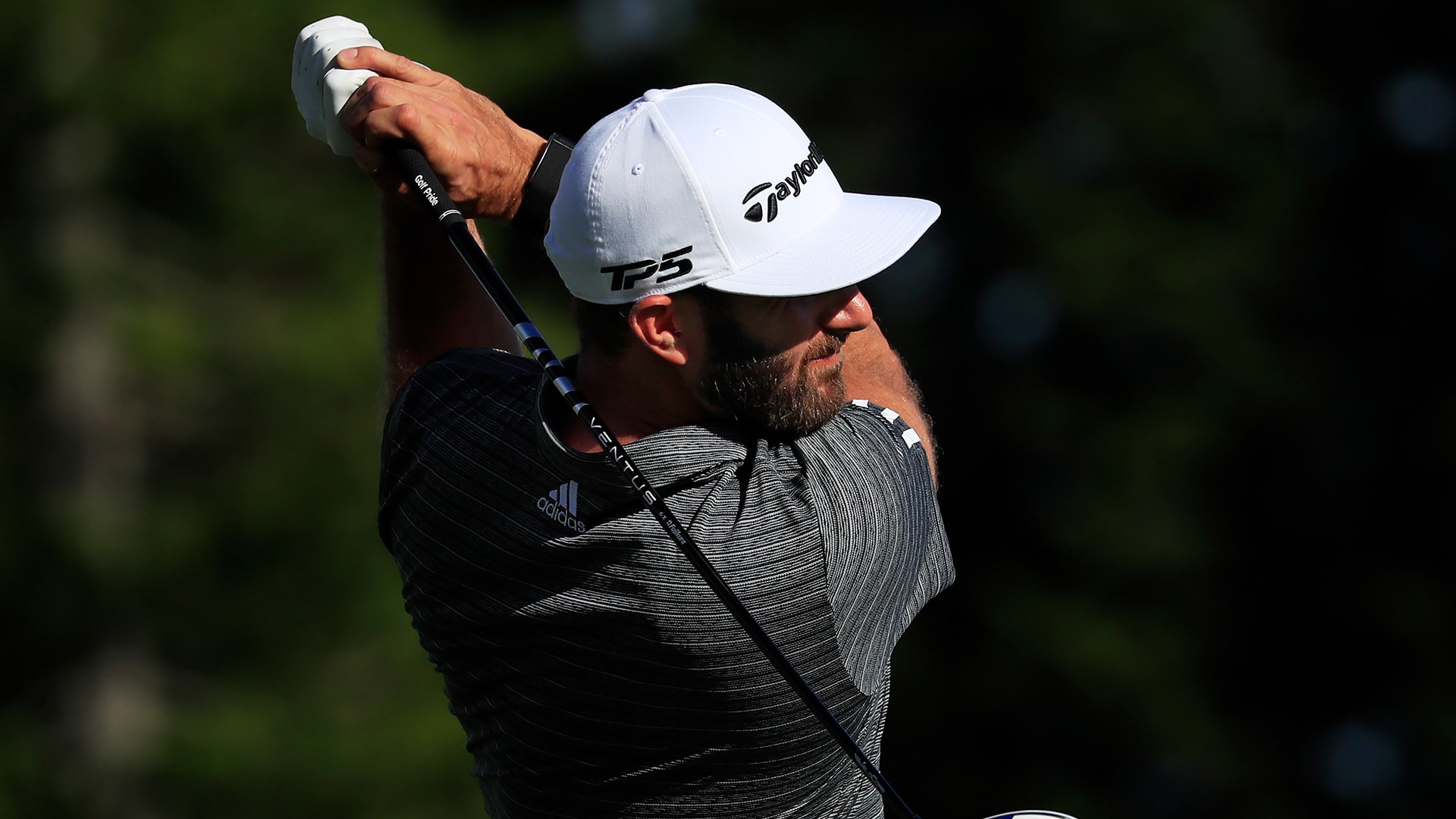 Dustin Johnson is debuting a new TaylorMade driver this week at the Sentry Tournament of Champions.

He almost needed a replacement.

During Wednesday's pro-am at Kapalua, Johnson accidentally hit the head of his SIM driver on a sign during a practice swing.

Based on the video, it appeared that Johnson's driver survived the knock.

As for Johnson, who returned last month at the Presidents Cup after undergoing left-knee surgery in September, it looks as if he has a little more rust to shake off.