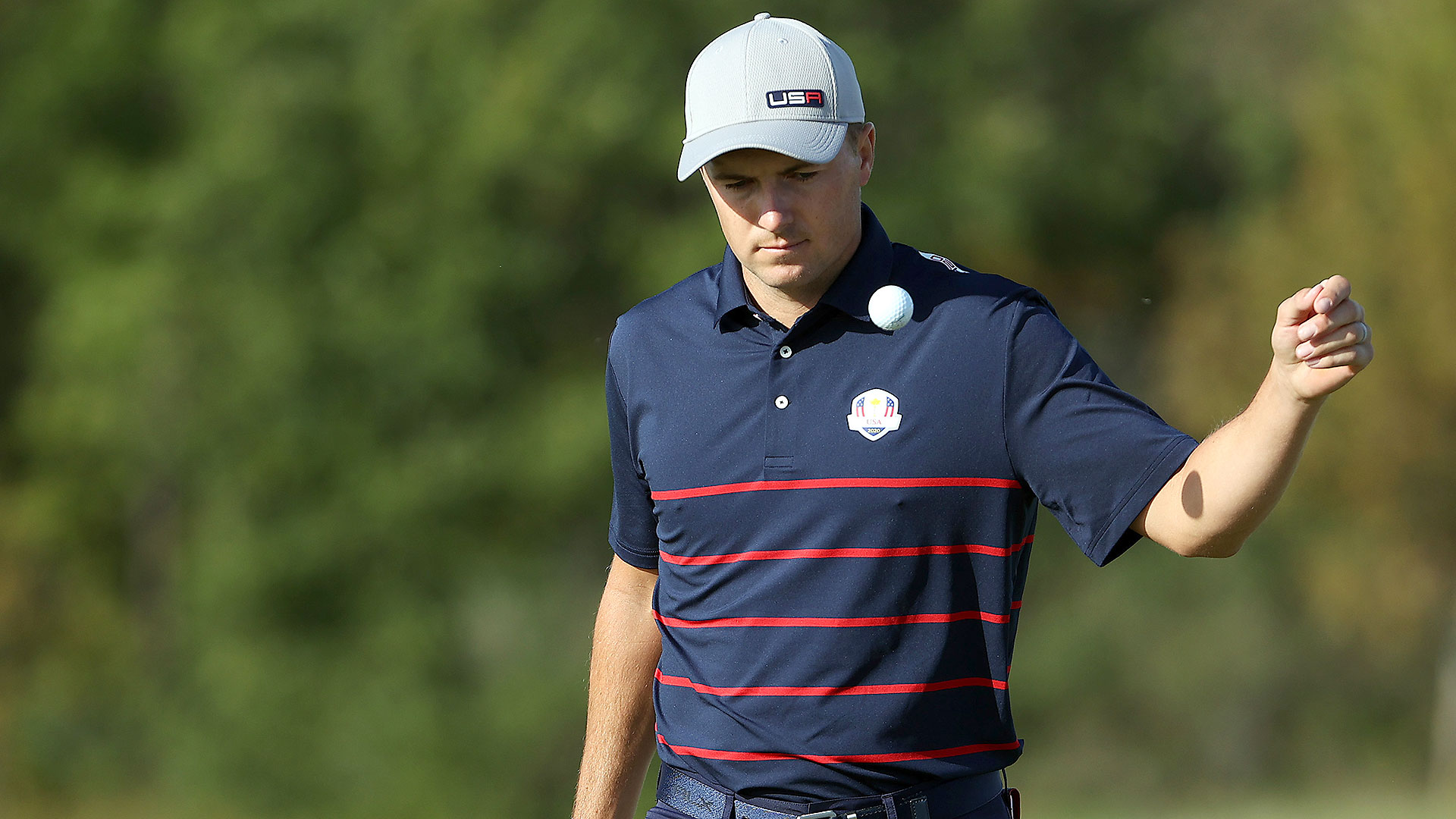 After Justin Thomas' tee shot on the par-3 17th caromed off a mound and into severe junk left of the green, it was up to Spieth to try and keep the Americans alive in their match against Jon Rahm and Sergio Garcia.

Rahm and Garcia were dormie-2 and had 4 feet for par, prior to Spieth hitting.

Balancing himself on the extreme slope, Spieth took a lash and his ball flew sky high. Spieth, meanwhile, nearly ran into Lake Michigan, unable to stop his momentum as he raced down the hill.

Spieth's ball finished 6 feet from the hole. Spieth finished about the same distance from the water.

"I was truly afraid for him to hurt himself," Garcia said of Spieth hitting that shot, and then added: "I didn't think there was a chance he could get it on the green."

Unfortunately for Team USA, Thomas missed his putt and the European team prevailed, 3 and 1.