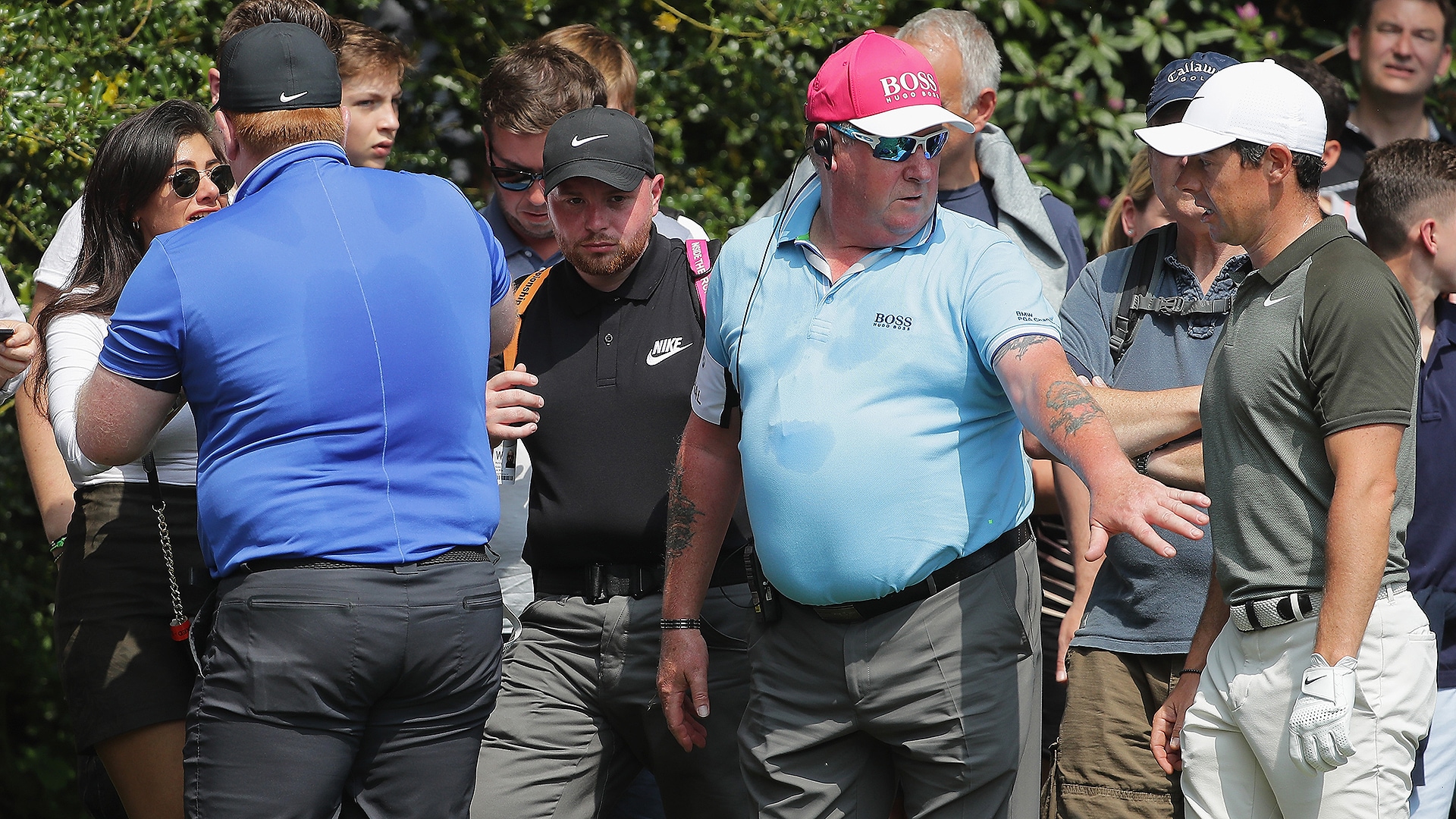 We never cease to wonder at how close fans crowd in to the intended line of some shots, and just how skilled Tour players are in not hitting someone.

But every once in a while, golf ball and spectator intersect, with painful results. It happened to Rory McIlroy during the third round of the BMW PGA Championship, after he had hit a wayward drive on the sixth hole. Attempting to hack out his second shot from under a bush, McIlroy struck a female spectator on her right hand. There was no official word on her condition, but she was clearly - and understandably - in pain.

McIlroy went on to make double bogey but was able to put the incident behind him, as he promptly birdied the next hole.