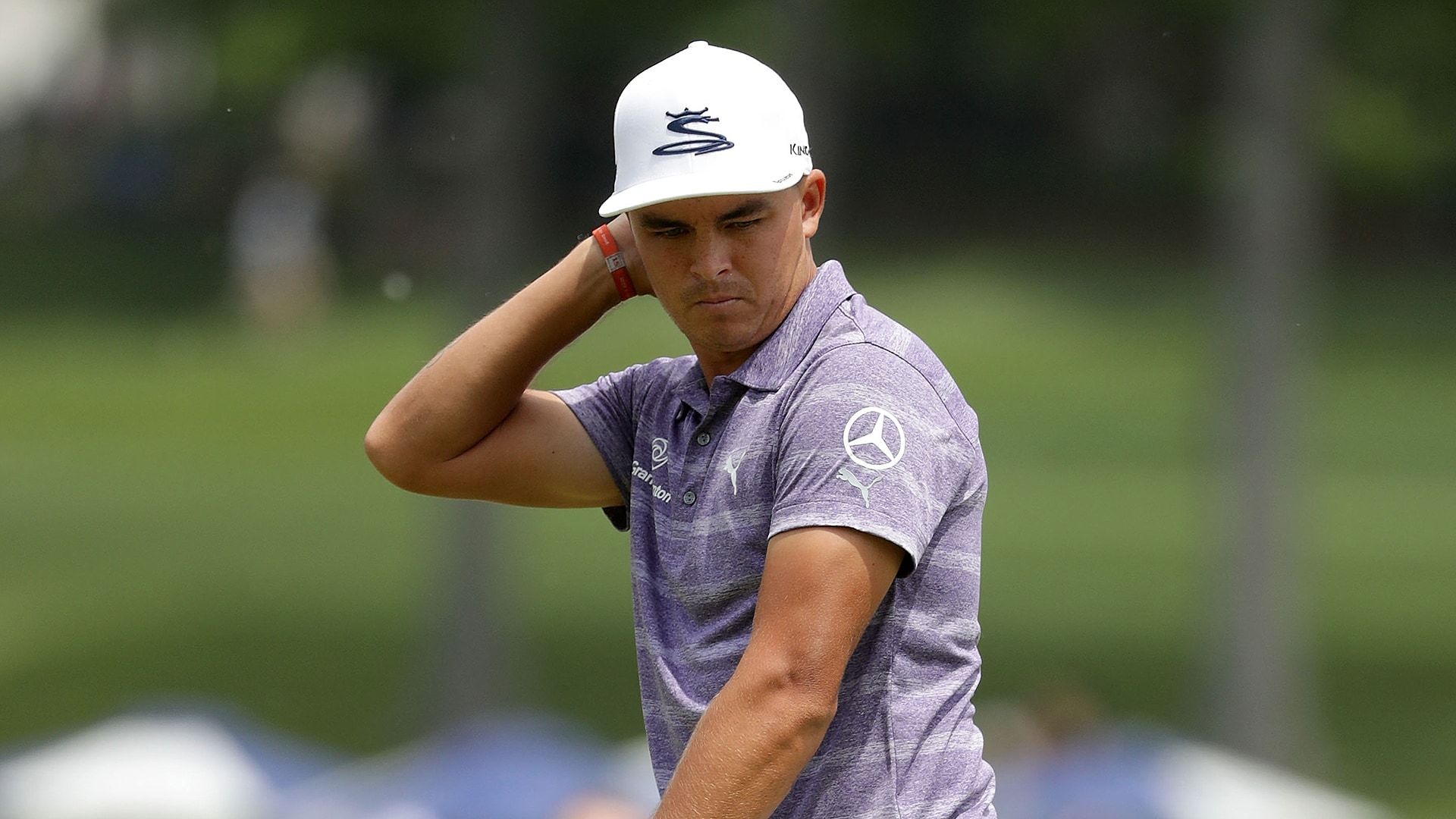 CHARLOTTE, N.C. – Earlier this week, Rickie Fowler loaned his back-up putter to Justin Thomas. He may want it back.

Cruising along at 6 under par, just a shot off the lead, Fowler hit his tee shot at the par-3 17th hole to 19 feet. Following four consecutive one-putts, it seemed like a good birdie opportunity until he walked off the green with a double-bogey 5 following a four-putt.

“I was trying to make the first putt. It ran out a little bit more than I thought it would and didn't expect to have that much coming back,” said Fowler, who finished with a 3-under 68 for a share of 12th place. “A little mental mistake there. That's golf.  I mean, unfortunate.”

For his bogey attempt, Fowler explained he normally marks any putt he deems out of “tap in” range, but admitted to being “frustrated” and not marking the 1 ½-footer.

Fowler said his putting miscue could have been worse, say if it came on the 71st hole instead of the 53rd, and that it’s not the first time he’s four-putted during a PGA Tour round.

It happened just five weeks ago, in fact, during the third round of the Houston Open on the 13th hole.

“It was a different situation,” Fowler said. “The greens were getting quick, crusty, and I was in a really flat area and just kind of played hockey for a little bit.”

Rickie Fowler had three-straight birdies heading into No. 17.