Watch: Sergio Garcia holes out for eagle on opening hole at Tour Championship 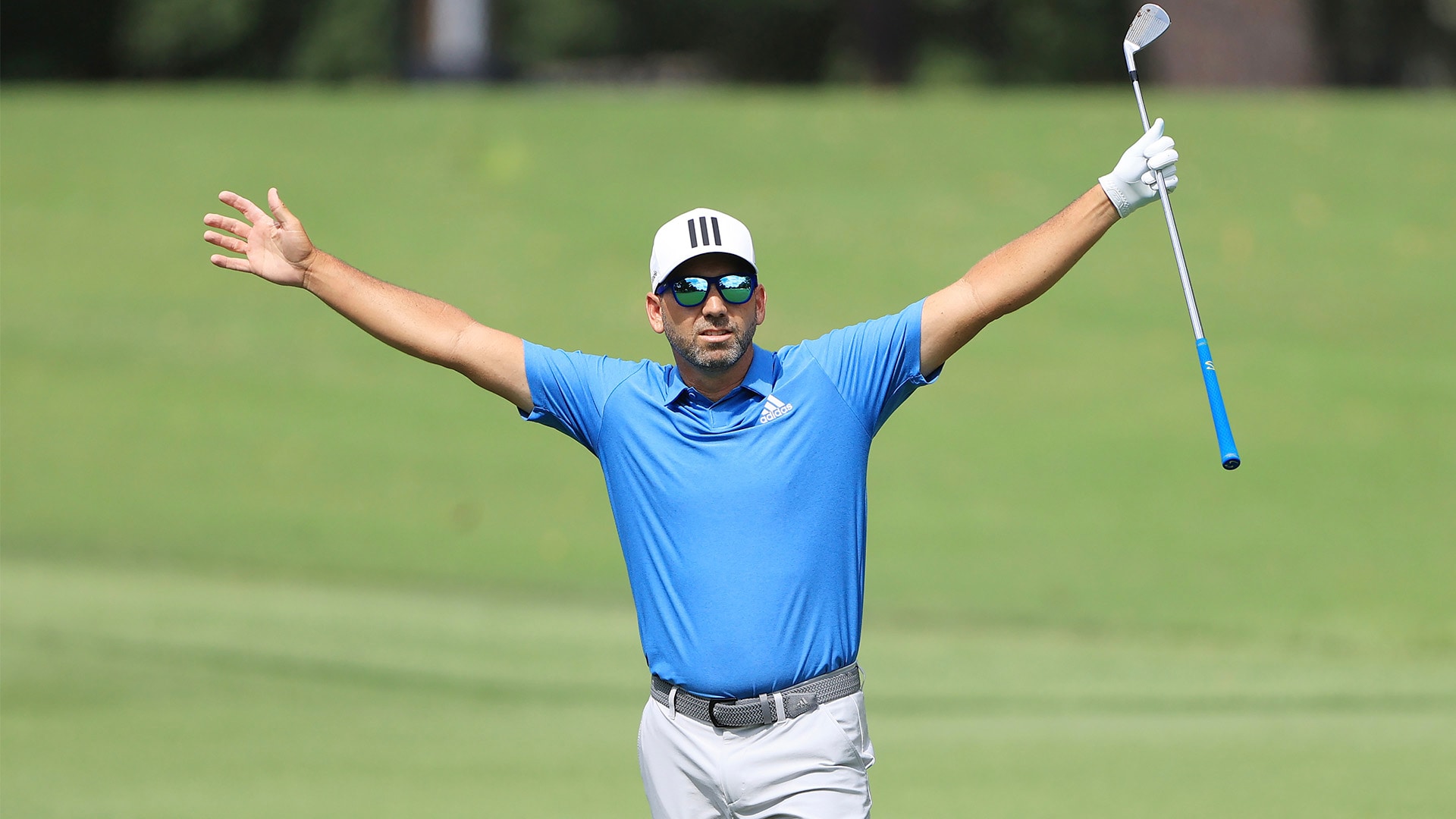 At last week's BMW Championship, Sergio Garcia finished T-6 and played himself into the Tour Championship for the first time since 2017.

And playing his first hole of the playoff finale at East Lake, he kept the adrenaline going.

The 41-year-old Spaniard's opening tee shot was a reserved 199 yards to the fairway, but he holed an 8-iron from 160 yards for eagle.

This start for Garcia went much different than his first hole of The Northern Trust two weeks ago when he recorded a quadruple-bogey 8 on Liberty National's par-4 10th en route to an opening 74.

Fortunately for Garcia, he already collected enough FedExCup points to automatically qualify for the BMW Championship, the second leg of the FedExCup playoffs, and he's taken advantage of his second chance.

Starting the staggered-scoring event at even par, Garcia moved to 2 under par, eight back of leader Patrick Cantlay, who began at 10 under.