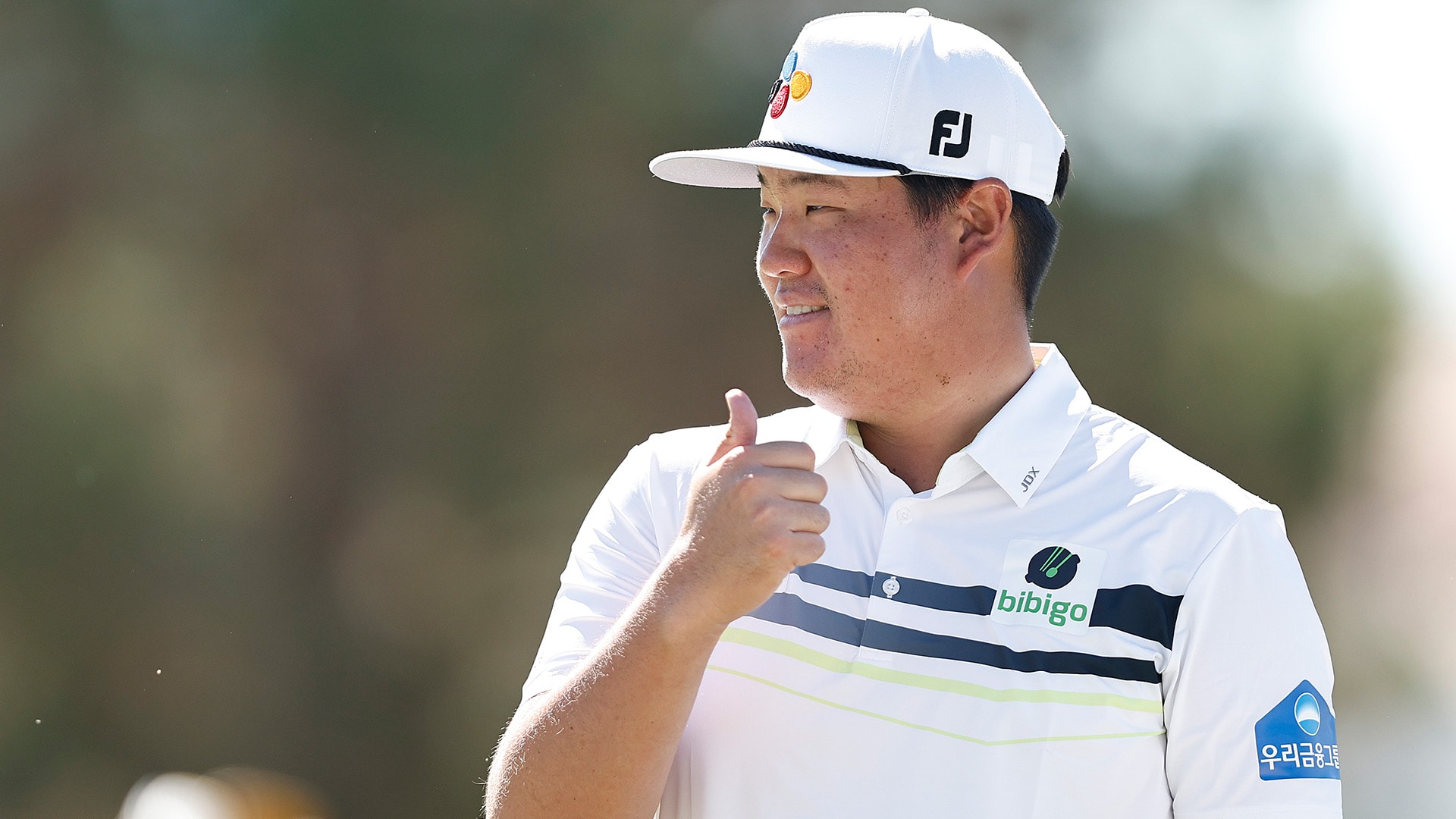 Sungjae Im is the defending champion at this week’s Shriners Children’s Open, but he didn’t hit a single shot in 2021 that could rival what the Korean star pulled off Thursday afternoon at TPC Summerlin.

Im pulled his tee shot well left of the fairway at the 480-yard par-4 third, finding his ball resting against a cart path among the rocks and bushes that cover the Nevada desert.

With the aid of a rules official, Im began the process of taking relief from the cart path, but there was no great place to take a drop. A bed of what can best be described as loose, fine stone was surrounded by rocks ranging from skipping-stones to boulders.

Eventually, Im and the rules official agreed on the best place to drop and the world No. 19 released his ball from knee-high, resulting in a lie away from the bigger rocks, but settled down a bit into the loose bottom-layer.

Facing a completely blind shot from well below the level of the green, Im settled in from 167 yards and hit what was nearly an all-time great shot.

Im’s ball landed just short of the green, bouncing and rolling toward the cup before breaking hard about a foot away from the hole and missing just on the left side.

It was nearly a highlight we would be watching for years to come, but it’s safe to say Im wasn’t too disappointed with a tap-in birdie after a hike through the desert. 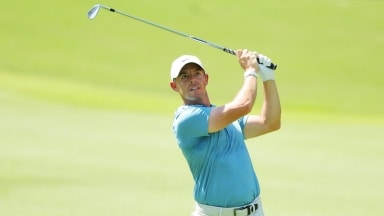 It’s been six years since the front and back nines were reversed at East Lake to engineer a more volatile finish, and this year, it might do just that. 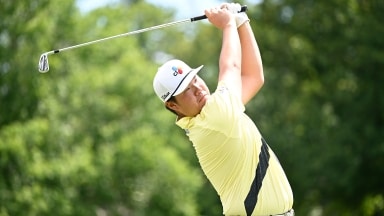 Mother nature brought the Wyndham Championship to a halt Saturday, as just 12 of 86 players completed their third round. 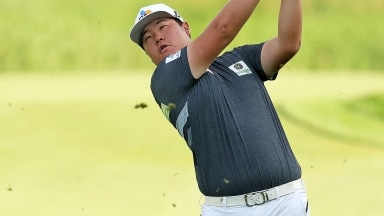 Sungjae Im and Scott Piercy each shot 6-under 65 to earn a share of the 18-hole lead at the 3M Open.