Watch: Tiger highlights from Rd. 3 of the PGA 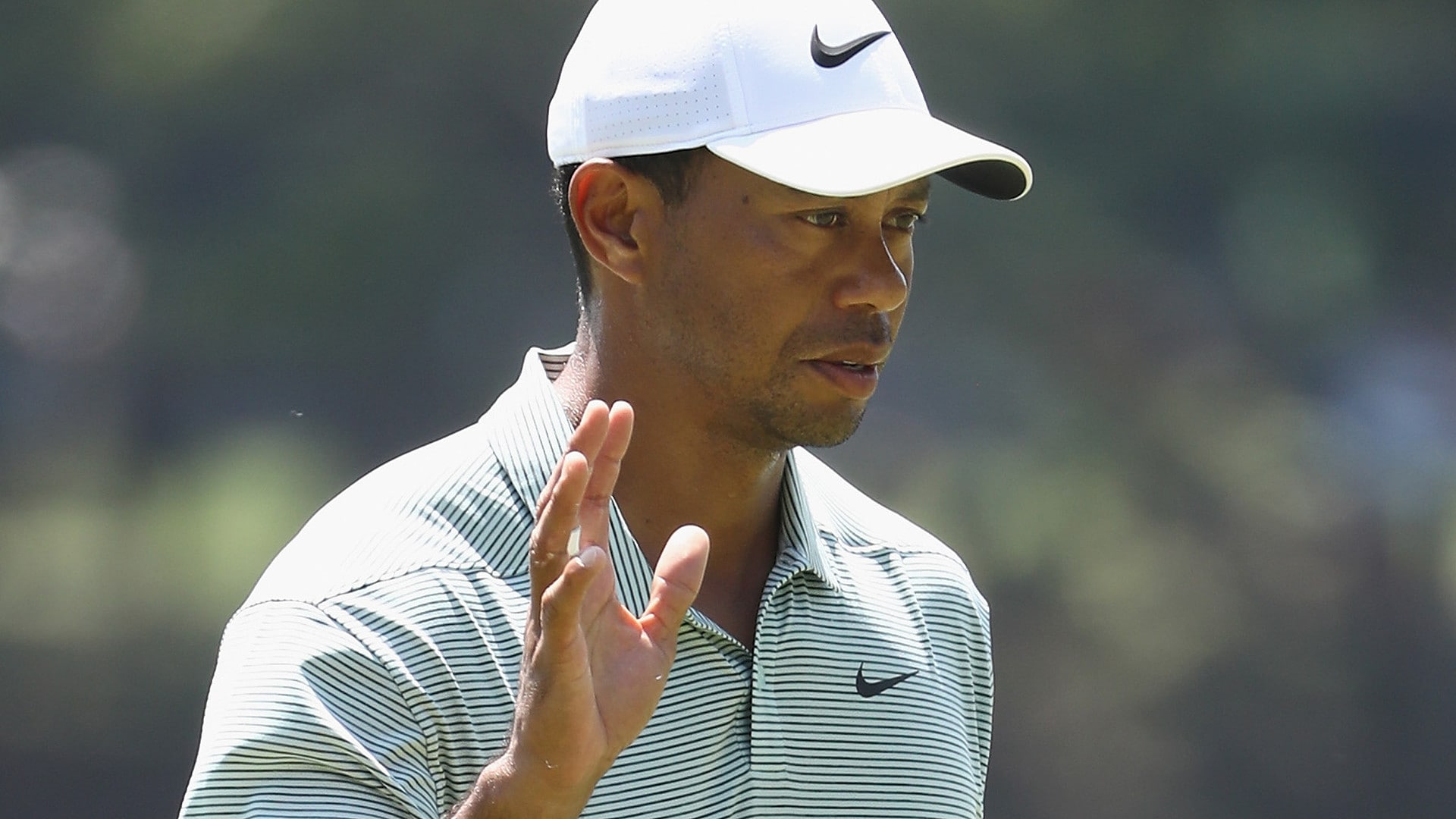 Tiger Woods started his third round at 4 under par, six strokes off the lead at the PGA Championship. And he quickly got to work making up that deficit with a birdie at the first.

He then made it back-to-back birdies with this approach shot on the par-4 second.

Make it two in a row for Tiger. #PGAChamp pic.twitter.com/VZ278uflgp

At 6 under, he was just four off the lead. He stayed that way after pars on Nos. 3 and 4, but, man, was he close to chipping in at the fourth.

Tiger gets up and down for the clutch par save. #PGAChamp pic.twitter.com/IHSfC7lOkf

Unfortunately for Woods, following a shirt change to a blue model, he three-putted the fifth hole to drop back to 5 under. par.

Unfazed, Woods birdied the par-3 sixth to get that stroke back.

Most difficult hole at Bellerive?

And, for the second time in the round, Woods made back-to-back birdies with this one on No. 7.

He was three back of new leader Brooks Koepka, at the time. And after making it three straight birdies with this one at No. 8, he was only two back.

Woods turned in 4-under 31, but hit his tee shot into the right rough on the par-4 10th and had to lay up short of the green with his second. After hitting his third shot to 10 feet, he made the par save and punctuated it with a fist pump.

Huge par save for Tiger as he keeps his momentum going. #PGAChamp pic.twitter.com/zi1cINprOM

That was the beginning of nine consecutive pars on the inward half for Woods. He looked on the verge of ending that streak when he hit the green in two at the par-5 17th.

But Woods three-putted from inside 15 feet. He finished with a 4-under 66 to put him at 8 under par for the championship.