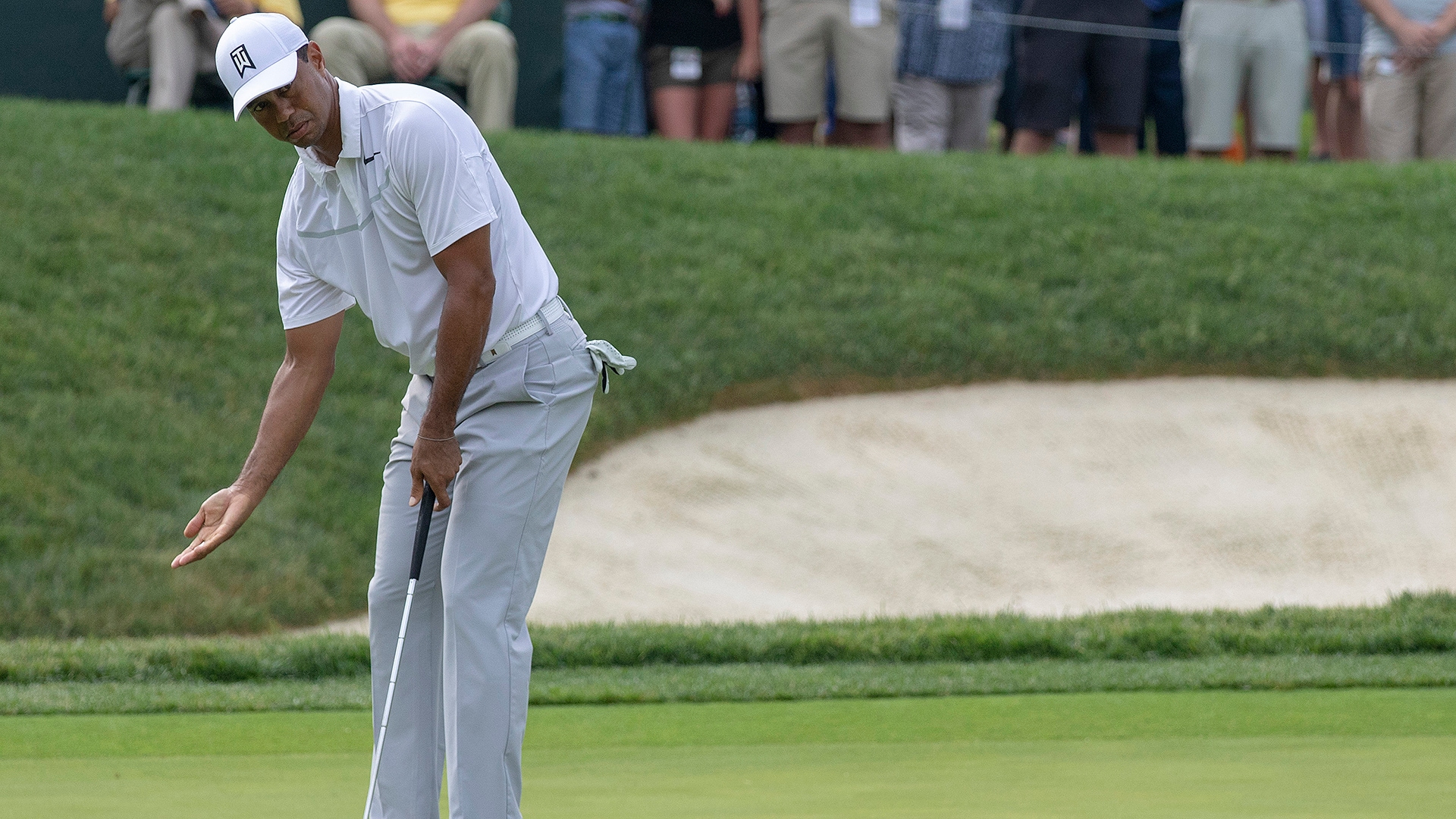 Tiger Woods entered the opening round of the Memorial Tournament to increased expectations. Coming off a solid weekend in his last start, at The Players, and being a five-time winner at Muirfield Village, it figured Woods would contend from the start this week.

Beginning on the back nine, Woods bogeyed the par-5 11th following a poor tee shot.

An errant tee shot leads to a bogey for Tiger Woods on his second hole of the day.#QuickHits pic.twitter.com/G8pIJSVfGy

He then made double bogey on the par-5 14th after hitting his tee shot out of bounds.

An OB tee shot leads to a double bogey on the par-5 15th for Tiger Woods.

A missed par putt on the par-3 16th dropped him to 4 over through seven holes.

Tiger's par putt on the 16th hole lips out.

.@TigerWoods' approach shot from 177 yards leads to his first birdie of the day.#QuickHits pic.twitter.com/et8fAmcwCL

Tiger birdied the par-4 second, but gave it back with a bogey at the par-3 fourth. He then made birdie on Nos. 5 and 6 to get back to 1 over for the tournament.

Woods with the wedge.

And he made it three-in-a-row with a birdie at the par-5 seventh. Five birdies, three bogeys and one double, with two to play.

Woods finished par-par, converting a 10-foot save at the last for an eventful, even-par 72. He was T-31 upon the conclusion of his round.

Bouncing back in a big way. #QuickHits pic.twitter.com/oTxTXALlCP