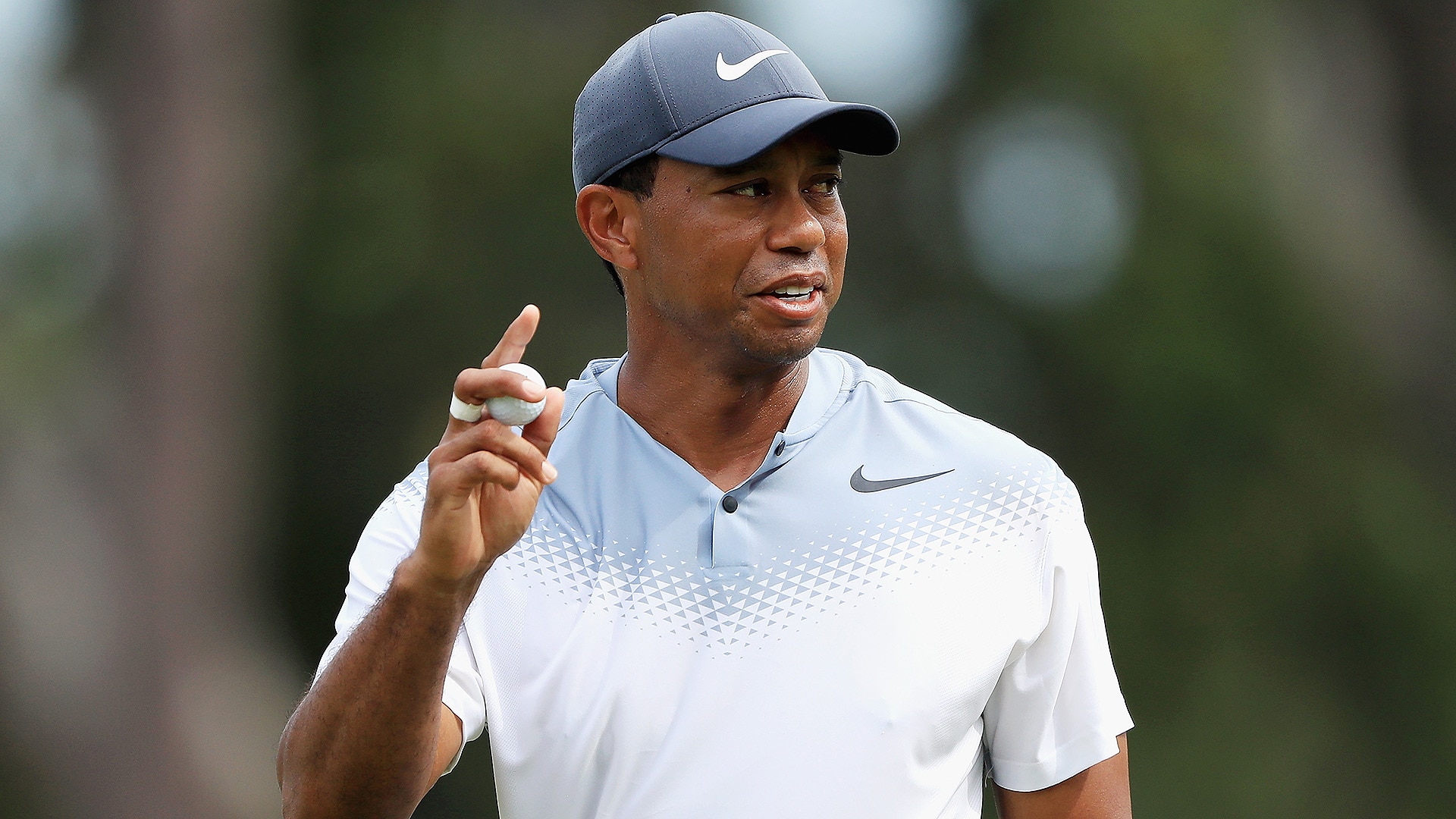 Tiger Woods made the cut on the number at The Players Championship. After playing his first two days at TPC Sawgrass in 1 under par, Woods birdied eight of his first 12 holes in Round 3. Here's a look at some of the highlights.

And at the par-5 second:

And the par-4 fourth:

Birdies on 3 of his first 4 holes.

With a fourth birdie at the par-4 fifth, Woods moved to 5 under for the championship and, at the time, into a tie for 25th place.

And it didn't stop there. Woods made his fifth birdie of the day at the par-4 seventh. That got him to 6 under, overall, and in a tie for 17th.

A tap-in birdie at the par-5 ninth completed a six-birdie, no-bogey, front-nine 30. Woods hit six of seven fairways and eight of nine greens in regulation. He needed just 11 putts. Tiger turned in 7 under par, for the championship, and just three shots back of second place.

Following a par to start the back nine, Woods hit the green in two on the par-5 11th and successfully two-putted for birdie. That got him to 7 under on the day, 8 under for the tournament, and into a tie for eighth.

After nearly holing his approach shot on the par-4 12th, Woods made this birdie to get to 8 under for the day.

That, however, proved to be Woods' final birdie of the day. He bogeyed the par-4 14th and then parred his way home for a 7-under 65. He was tied for eighth upon the conclusion of his round.