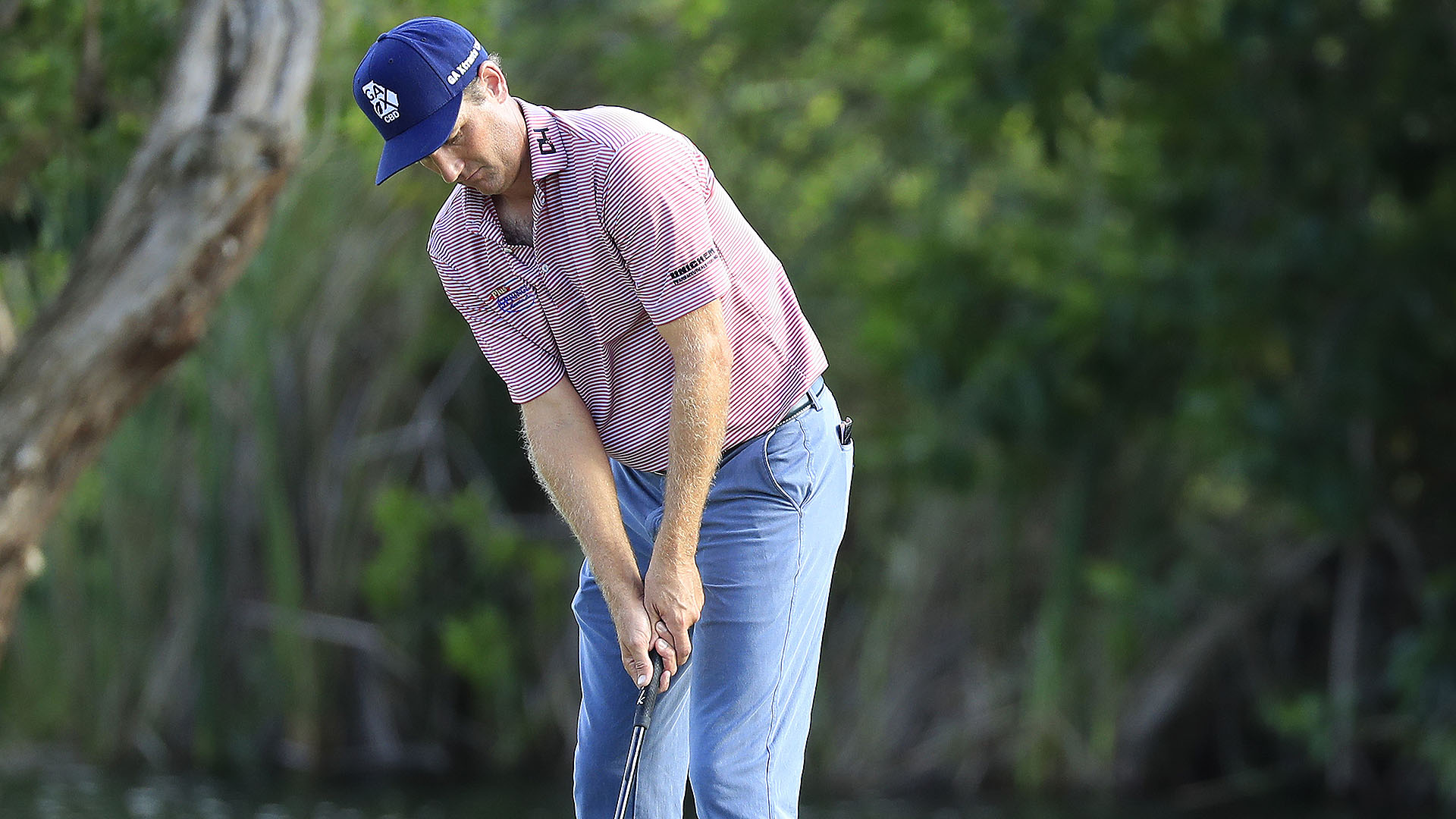 When play was halted Sunday night at the Mayakoba Golf Classic, Brendon Todd was tied with Vaughn Taylor for the lead, at 20 under par.

When play resumed Monday morning in Mexico, Todd faced a 20-footer for birdie while Taylor had 5 feet for par at the 15th hole. Todd promptly buried his putt.

Taylor also made his putt, but Todd grabbed a one-shot lead with three holes to play. That proved to be the difference, as both men played their final stretch in 1 over par. Todd finished one stroke clear of Taylor, Adam Long and Carlos Ortiz. It marked Todd's second PGA Tour win in as many starts, after going five years without a title.