The World's Best Head To Ohio 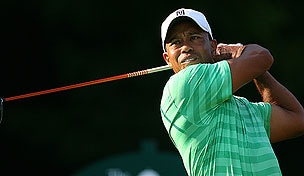 The World Golf Championship – Bridgestone Invitational returns this week to Firestone Country Club for the 13th time. One of the PGA TOUR’s premier events, the world’s best golfers will descend upon Akron, Ohio for another exciting and fun tournament. The par 70 layout, which has seen Tiger Woods win 7 times in the last 14 years, provides a challenge for even the best golfers.

As the final event prior to the 2012 PGA Championship, the top golfers from the PGA TOUR and the European Tour will use the Bridgestone Invitational as a test for the year’s final major. The field, constructed from the top 50 players of the Official World Golf Rankings, the President’s Cup roster, and tournament winners in the previous year, features all the best golfers.

Tiger Woods returns to Firestone, looking for his fourth victory of the year and eighth at the tournament. Last year’s champion Adam Scott looks to have a strong week and move past his British Open letdown. Joining them are two of this year’s major winners, Bubba Watson the Masters champion and British Open champion Ernie Els. Rory McIlroy, Phil Mickelson, Jim Furyk, Luke Donald, and Rickie Fowler are just a few more of the players that will be in Akron to compete for a WGC victory.

Golf Channel has LIVE coverage and analysis of the event for all four days of the tournament, starting on Thursday: