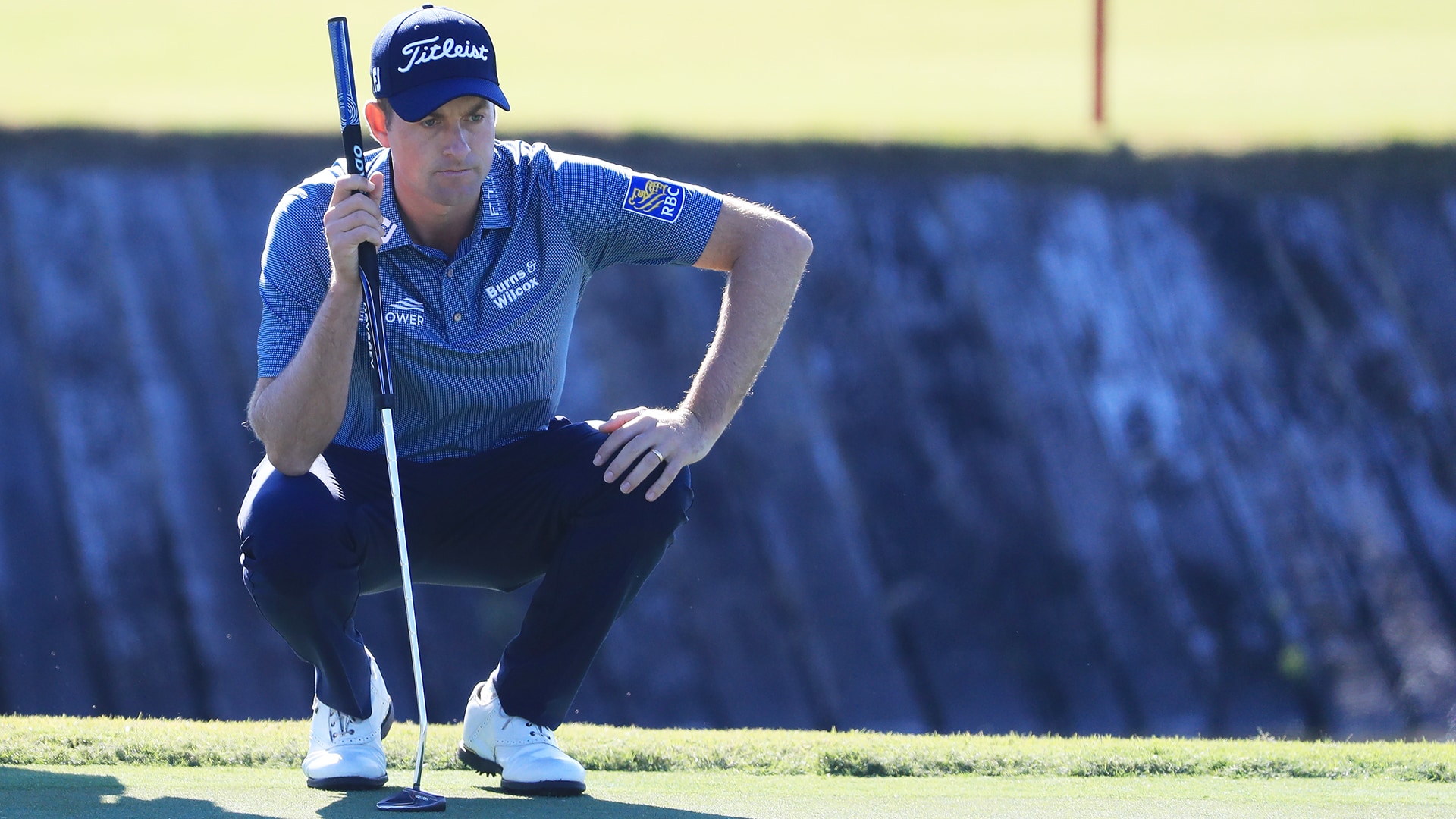 ST. SIMONS ISLAND, Ga. – As watercooler debates go, it’s always one of the most entertaining and divisive – would you rather have John Daly’s career or Charles Howell III’s.

Daly won five times on the PGA Tour including a PGA Championship and Open Championship, but was limited late in his career by injury, and finished with 276 made cuts in 537 starts and a little over $10 million in earnings.

At 40-years-old, Howell still has plenty of time left on his career clock but he currently has three Tour victories (none of the major variety), 434 made cuts in 558 starts and a staggering $39 million earnings.

Although it might not be a perfect comparison, Daly and Howell do represent vastly different competitive ideologies. Those who contend that winning – and, specifically, winning majors – is all that matters would say JD had the more desirable career. Those who understand the challenge of consistency would pick Howell’s resume.

Count Webb Simpson among the latter.

Although Simpson famously struggled following the USGA and R&A’s ban on anchored putting, he has since settled into an impressively consistent groove since winning the 2018 Players Championship.

That breakthrough at TPC Sawgrass was Simpson’s last victory on Tour. It was also the start of a 34-event run that includes just three missed cuts and 11 top-10 finishes.

It’s not that Simpson doesn’t want to win, but he sees consistency as the gateway to victory, not the other way around.

“It's different because this time I've been playing better, so I think I've been happier with my finishes, so there's less of that pull to win,” Simpson said Thursday at the RSM Classic. “I think more than winning, what I wanted to become was someone who's consistent because I know if I'm consistent, I'm going to have more chances to win, I'm probably going to win more.”

Simpson came up just short to Brooks Koepka earlier this year at the WGC-FedEx St. Jude Invitational and the following week at the Wyndham Championship when he finished a shot behind J.T. Poston.

“I felt like I had good chances to win and guys just went out and played great. So, they weren't that hard to lose, those tournaments, knowing how well they played,” Simpson said.

The 34-year-old has given himself another chance to turn that consistency into a crown this week at Sea Island Resort. Playing the redesigned Plantation course, he struggled early with a bogey at his 11th hole but settled in thanks to some advice from his longtime caddie Paul Tesori.

“He told me no matter how I started out or whatever stress I had throughout the day, to stay patient,” said Simpson, who turned at 1 under before lighting up his second nine with six birdies for the first-round lead at 7 under. “I think he knew that scores would be pretty good over there even though it was windy. It helped me, it helped me to kind of weather the storm.”

Given Simpson’s commitment to the long view it seems only fitting that he would shatter the grass ceiling at the RSM Classic where he’s done everything but win. In 2011, he lost a playoff to Ben Crane and last year he finished a shot outside the playoff that was eventually won by Howell.

Patience isn’t normally in surplus for professional golfers. Each week is a new test with failure always being a statistical reality. But Simpson has embraced the concept that time is on his side because of his consistency, not in spite of it.

Two years ago he began working with physiotherapist and trainer Cornel Driessen, he gained 10 pounds and he added an estimated 3 to 4 mph to his clubhead speed. He’s intensified his short game work with Pat Goss and visited with legendary swing coach Butch Harmon earlier this fall.

“A lot of the stuff is stuff [Tesori] and I have been working on, but [Harmon] kind of helped us figure out a plan to how to work on it. I did do a good amount of work,” Simpson said. “I tend to go see him once a year. He'll come by when he's traveling, check out a couple swings here and there.”

For Simpson, it all added up to his third consecutive trip to the Tour Championship last season and a spot on this year’s U.S. Presidents Cup team. And if it adds to his victory totals this week at Sea Island it would be wildly rewarding, but that’s not the goal.

The goal is to be as consistent as possible and let the victories follow.