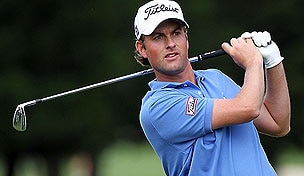 Defending U.S. Open champion Webb Simpson and Geoff Ogilvy, the U.S. Open winner in 2006, are the latest to add their names to the field that continues to improve for next week's Humana Challenge.

The event in Rancho Mirage, Calif., will mark the third start in as many weeks to begin the 2013 season for Simpson, who is currently 14th in the world ranking. He will be the first reigning U.S. Open champion to make an appearance in the California desert since 1997, when Steve Jones played what was then known as the Bob Hope Classic.

Ogilvy will look to improve upon a solid but unspectacular 2012 season, one that included just two missed cuts in 21 starts for the Aussie but also featured only one top-10 finish, a tie for ninth at the British Open. He will be making his PGA Tour season debut at the Humana, marking his first appearance in this event since 2005.

Overall the tournament has built a solid field for the first event of 2013 in the continental U.S., one that will now include six players currently ranked inside the top 25 in the world ranking. Defending FedEx Cup champion Brandt Snedeker will be joined by reigning Players champion Matt Kuchar and four-time major winner Phil Mickelson, who will be playing in his first event of 2013.