Whee!: Kim so, so happy to play with 'super hero' Tiger 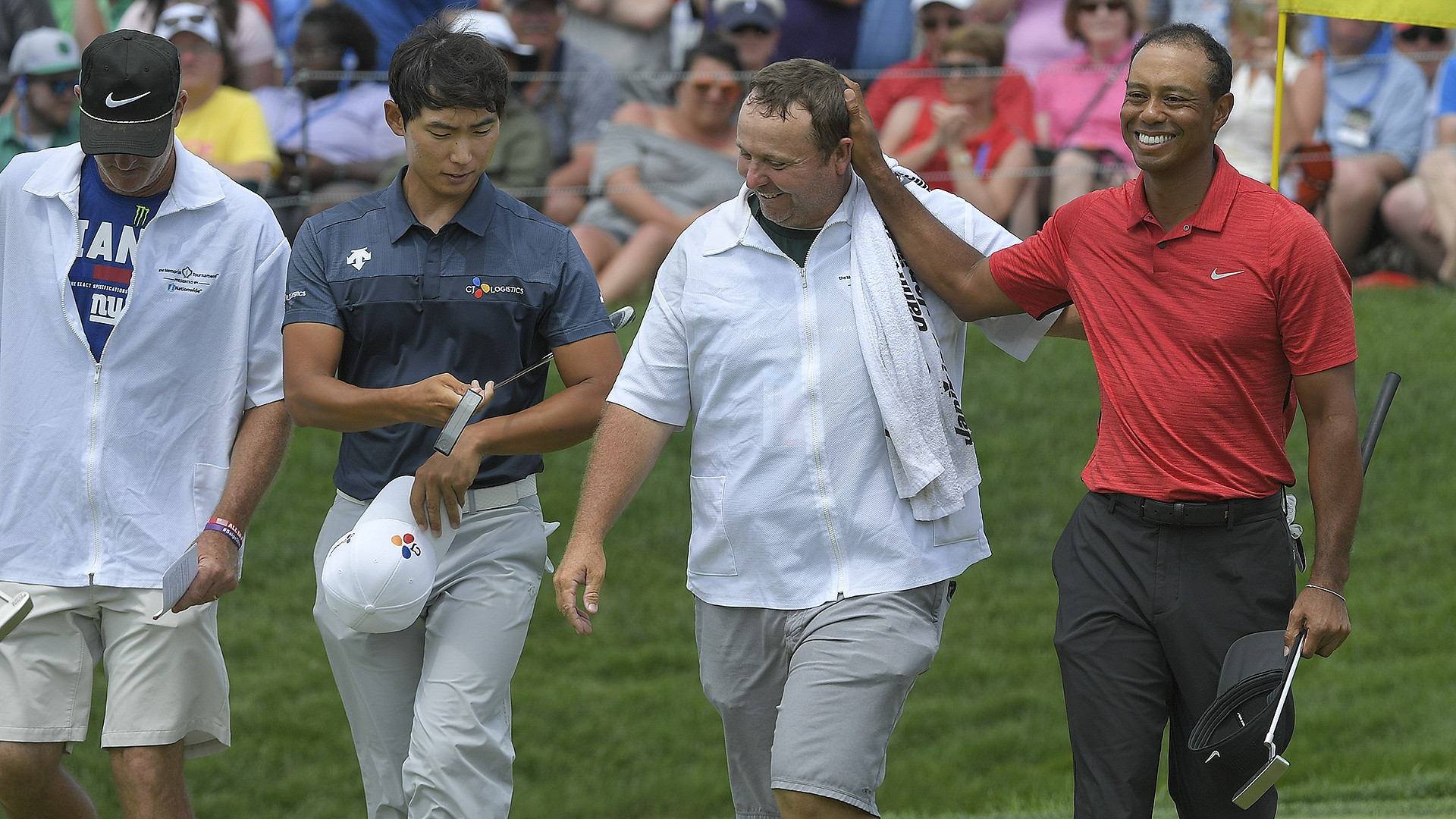 Despite Tiger's 85, Zac Blair said playing with him that day was "the coolest round of my life.'' https://t.co/lrpG1JVfQQ

A new generation - that grew up admiring and idolizing Woods - is getting to know him personally for the first time. Practicing near him, greeting him in the locker room, playing practice and tournament rounds with him. Sam Burns got his time with Tiger at the Honda Classic. Mackenzie Hughes did so at The Players.

Sunday at the Memorial Tournament, it was Whee Kim's turn. Kim shot 1-over 73 to Woods' even-par 72, and afterwards Kim expressed his immense joy in playing with the "still" living legend.

No one can happier than me today. Soooo much impressive day. Played golf with my super hero all day on Sunday final round at one of greatest golf course Muirfield Village. We both played our best in turf condition to get to the top of the leaderboard. He’s still alive and he’s still greatest. It’ll never change. And let me join with you for practice round if I opened my eyes at 3am. I’ll be able to tee off at 5am with ya @tigerwoods . . #SuperHero #SundayRed #SundayTiger #YouMadeMyDay #LearnFromTheGreatest #광대승천