Why doesn't Koepka win more? Meh. He wins when it counts 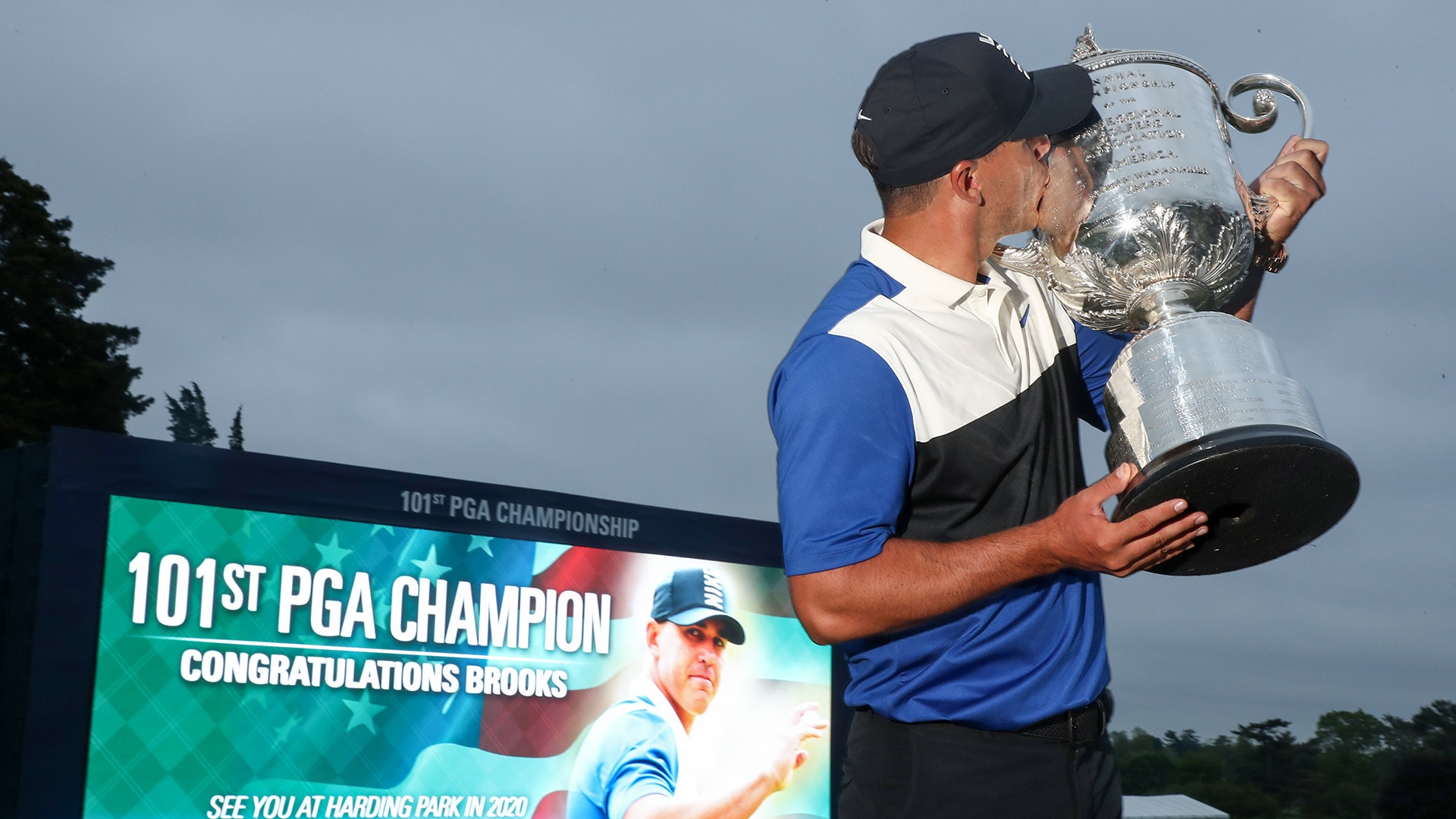 It’s crucial to lean into the “enough,” because the 29-year-old does have two rank-and-file Tour titles, the 2015 Waste Management Phoenix Open and last fall’s CJ Cup in South Korea, to go along with his four major triumphs.

Koepka has now defended a major title twice, climbed to No. 1 in the world ranking, won the Tour’s Player of the Year Award and turned in a solid performance, at least relative to the American standard last year in Paris, at the Ryder Cup. Whatever questions remain about Koepka’s game and career are tangential.

But as the field came to terms with Koepka’s demanding performance at the PGA Championship, a nagging narrative persisted. Two-thirds of his six victories on Tour are majors, leaving the question: Where is this dominance the other 48 weeks a year?

Opinions vary on this front. Some say he thrives on the intensity of the major stage; others contend it’s his style of play, which more resembles a UFC brawl than the artistry of a Ben Crenshaw; then there's the herd culling that happens on the toughest venues. The only consensus is that given his unique skill set and his track record in the game’s biggest events, there should be more to show for it.

“I just don't understand why he doesn't do it more often. That's my thing. He obviously gets into these mindsets of the majors, and he really goes and gets into a different sort of state,” said Rory McIlroy, who is now tied with Koepka on the all-time list with four majors. “It's what he's capable of, obviously.”

The easiest explanation is attitude. As Koepka explained last week, in his mind, it’s easier to win majors. In a battle of attrition that demands so much from every part of a player, and he cherishes the chance to prove he’s the strongest and toughest.

Nowhere was that more evident than at Bethpage, the Long Island brute that played to its most grueling on Sunday, when the winds gusted to 25 mph and the pressure intensified.

“What he’s saying is major courses freak guys out and get you to the point that you’re not paying attention,” said Joey Diovisalvi, the trainer for both Koepka and runner-up Dustin Johnson. “Guys play well in majors, like Dustin and Brooks, because they don’t allow these courses or the majors to get into their heads. We have placed so much focus on how many majors have you won. They don’t put the pressure on themselves.”

There’s also something to be said for timing. Along with those two regular Tour victories, Koepka has eight runner-up finishes, including close brushes this season at the Honda Classic and at the Masters, where he finished a stroke behind Tiger Woods.

A common theme for Koepka since he shattered the major ceiling at the 2017 U.S. Open is how he largely remains overlooked in the golf landscape. That seems certain to change following his performance at Bethpage, but the condition can be at least partially attributed to his performances when the spotlight doesn’t shine quite as bright.

The easiest comparison is to Johnson, whose sustained brilliance includes 20 Tour victories. That only one of those victories is at a major doesn’t impact his status as an undisputed star – he’s simply DJ, not DJ-the one-time-major-champion.

“I don't think we are talking about [Koepka’s dominance] because he hasn't played well in the run-of-the-mill stuff,” Graeme McDowell said. “He hasn't dominated away from the majors. He's a phenomenal player, but he hasn't created the same dominance in the day-to-day stuff, whereas Tiger, you know, winning 10 times a year and whatever he did, silly stuff.”

Most agree that comparisons to Woods, even after four major victories in his last eight major starts, are premature, but there is a familiar element to Koepka’s mindset. While Woods’ dominance spanned the competitive spectrum, his focus was always squarely on the majors. Koepka’s singular priority is plucked from that mold.

Every player, at least players of Koepka’s sort, talks of peaking four times a year and admits to a year-long fixation on the major championships. If that includes forgettable starts from time to time, like Koepka's tie for 56th at The Players, then so be it.

“The only downfall is the fact that he hasn’t won enough on Tour. I’m not saying he doesn’t focus in [regular] Tour events, but does anybody know how many tournaments [Jack Nicklaus] won?” Koepka’s father, Bob, asked. “We only count the majors. That’s kind of where he’s at.”

Those who watched Koepka’s 63 holes of dominance at Bethpage universally agree that, if he was so inclined, he could manhandle fields just as easily at the day-to-day stops as he does in the majors. This isn’t a horses for courses deal; Koepka’s power brand of golf travels well, even if his record suggests otherwise.

“It’s like what Geoff Ogilvy used to say about Phil [Mickelson]: 'When he wants to he’s going to win,'” Lucas Glover said.

For those searching for answers to the most manufactured of questions, it’s the simplest explanation – Koepka will win when it matters the most.