Will the PGA Championship be a 'fair' test? Well, that's going to depend ... 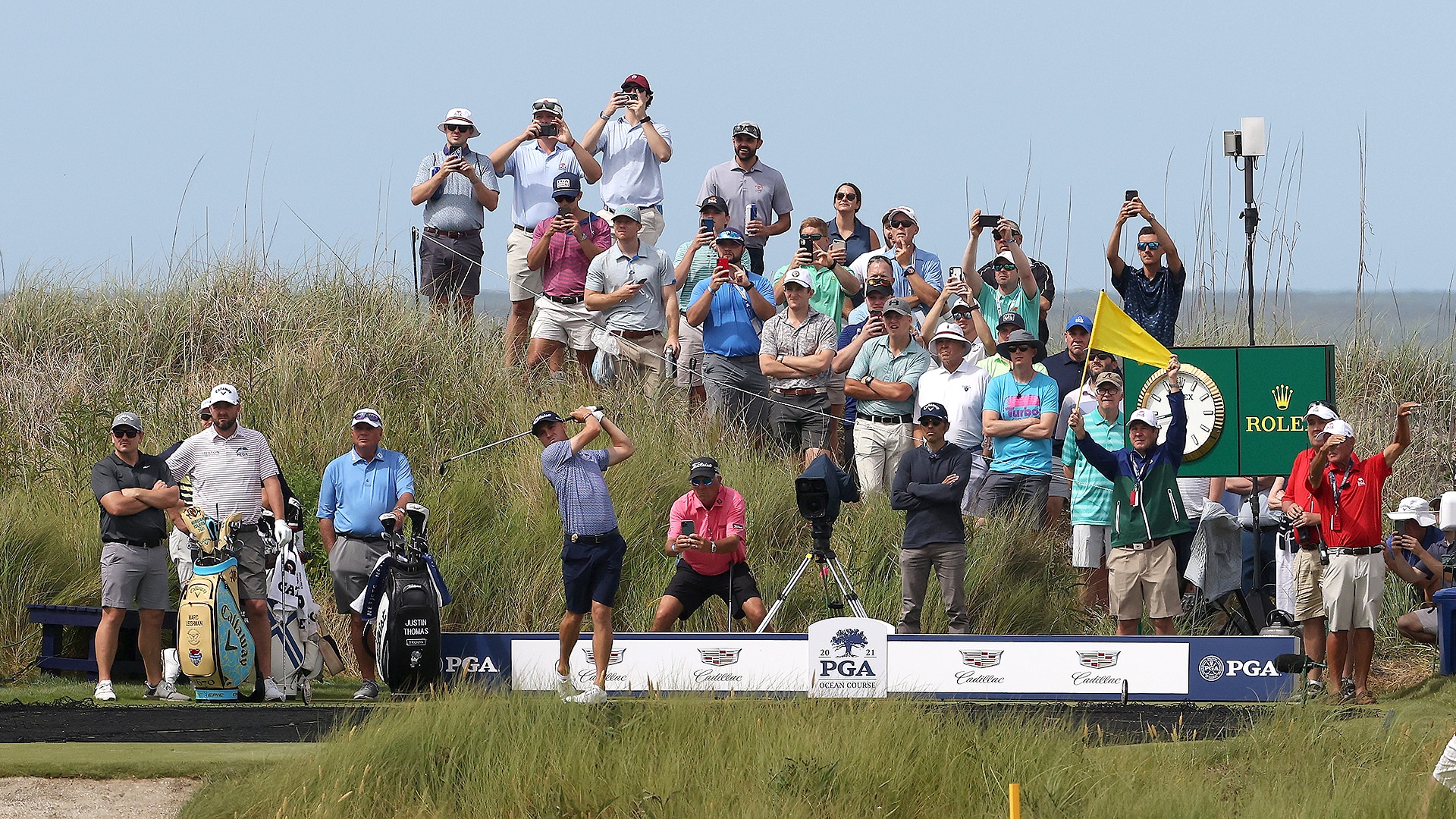 KIAWAH ISLAND, S.C. – Every major championship has a personality.

The Masters is magnolias and tradition, while the U.S. Open is a punch in the face – the USGA may not be interested in protecting par, but they certainly seem to have its back – and The Open Championship is all ancient turf and ghosts from a bygone era.

“The PGA Championship in my mind has always been the fairest championship,” said Steve Stricker, who may as well have been speaking for the entire field this week at Kiawah Island.

Kerry Haigh, the PGA of America’s chief championships officer, has long been considered the game’s most even-tempered set-up man. He’s a friend of PGA Tour players everywhere and while some see this as a fault, the truth is his overreaching goal has always been to let the players make the stories – not the golf course.

It’s a lane Haigh has perfected over the years but one that might be put to a wind-whipped test this week.

Built for a Ryder Cup, the Ocean Course’s DNA doesn’t exactly dovetail with the stated goal of identifying the best player, not embarrassing them. With enough real-estate to play at a major championship-record 7,876 yards, the obvious hot take is that the Ocean Course is a bomber’s ballpark and Rory McIlroy’s eight-stroke romp at the 2012 PGA Championship seems to only confirm that theory. But that ignores the nuances of the Pete Dye design.

Sure, McIlroy led the field in driving back in ’12 at Kiawah Island, but he also was No. 1 that week in scrambling and 12th in putting.

There’s also a popular notion that the Ocean Course is actually a second-shot layout that, combined with its expansive length and the omnipresent winds, will be the rarest of tests for the game’s best players.

Statistically, players will have some of the longest approach shots of the season this week and if the practice rounds are any indication, club selection will sound like something from a video game.

“I'm not used to hitting a lot of long irons - mostly into par 5s, not par 4s - so I think that gave me a little bit of a taste what it could be like this week,” Finau said.

Because of the shifting winds, Haigh told players to practice from multiple tees on all but four holes as he and his staff tinker with “forward” options depending on conditions.

That was welcome news to many.

“Seriously, I hope so, because yesterday from 14 on, I think the shortest iron I hit into a green was a 5-iron. I'm not usually the shortest hitter,” Jon Rahm said on Tuesday. “For the sake of our sanity, I believe they're going to use a couple forward tees.”

Haigh explained it’s the Ocean Course’s length that will make the layout playable with high winds, not in spite of it.

“That's in part why they designed this golf course as they did - 7,800 yards is certainly the longest golf course in championship history,” Haigh said. “They designed it for that reason because of the wind and the effects it has downwind. [Dye] was the first to say, you need plenty of length. But into the wind you have that ability, they built enough tees, enough teeing options for us to give some variety and make it playable for the players.”

It’s also why picking a favorite is a zero-sum game. For every possible front-runner there’s an asterisk:

• McIlroy. Although he’s fresh from a slump-busting victory two weeks ago at Quail Hollow Club and his eight-stroke victory here in ’12 still resonates with many, the Northern Irishman is the first to tell anyone who will listen that he has plenty of room for improvement.

• Dustin Johnson. The world No. 1 is a threat anywhere he plays but he’s been struggling on the greens in recent weeks (he doesn’t have a top-10 finish since the West Coast swing) and he withdrew from his last start at the AT&T Byron Nelson with an ailing knee.

• Justin Thomas. Whatever malaise he shed at The Players Championship has been complicated by his play since TPC Sawgrass, although he does have the length and touch to match the Ocean Course’s unique test.

• Bryson DeChambeau. Another major, another test for his brawny brand of golf. There’s no question he has the power to contend but if he can’t avoid his all-too-familiar foul ball off the tee it could just as easily be a short week.

• Jordan Spieth. Like McIlroy, he recently broke out of a slump but doesn’t appear to be completely “back” and as a mid-length guy his margin of error is frighteningly slim on the Ocean Course.

That’s not to say a mid-length player couldn’t compete and possibly win this super-sized PGA, but the list is short and the demands are unforgiving.

“I feel comfortable with a 6-iron or 5-iron in my hands,” said Collin Morikawa, this week’s defending champion. “But you have to control your golf ball. It's going to be blowing over 10 [mph] all day everywhere, you just have to control your golf ball, so it doesn't matter if you're 150 yards or you're 200 yards, you have to be able to know where you're going to land certain shots, where you're going to miss them.”

Haigh and company have no intention of changing the personality of their championship; being the “fairest” test in the Grand Slam land has been forged over decades, but the Ocean Course and Mother Nature may have other plans.