Winds up and pins tucked on Day 2 at Augusta 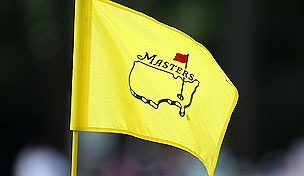 AUGUSTA, Ga. – Tucked pins and swirling winds greeted players for Round 2 at the Masters.

After early showers at Augusta National, skies continued to clear as many of the leaders set out, but the first wave of finishers talked about a different course than the one that gave up 32 sub-par rounds on Thursday.

“Some of the pins were in really difficult places, and the wind was swirling,” said Thorbjorn Olesen, a Masters rookie, who finished at 4 over following a second-round 70.

The bigger issue for the afternoon rounds was shifting winds that had blown for much of the week from the west but had switched to the southeast, meaning scoring holes like the par-5 13th and 15th were now playing into the gusts.