WD would have been the right move for Woods 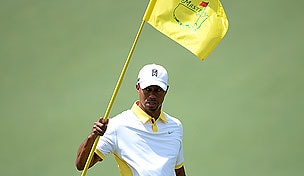 There was absolutely no need for Tiger Woods to withdraw from the Masters after he received a two-stroke penalty Saturday for an illegal drop on the 15th hole Friday afternoon.

After all, the tournament rules committee did not see fit to disqualify him after he signed for an incorrect score and used the discretion now allowed in such situations to keep him in the tournament.

Beyond that, much of the trouble was caused by the men running the Masters. To begin with, the Masters is the only one of the four majors that doesn’t assign a walking rules official to each group. Part of Masters tradition is that no one is allowed inside the ropes during play other than players, caddies and – of course – TV technicians and cameramen. There are no walking scorers; no media and no rules officials. The rules officials sit in carts around the golf course and wait to be called on if needed. That’s also the way it works during weekly PGA Tour events because there aren’t enough rules officials – usually eight – to assign someone to each group.

That’s not true at a major championship where rules officials from around the world are invited to attend and participate.

If there had been a walking official with Woods he almost certainly would have been able to make sure Woods understood his options after his third shot at 15 hit the flagstick and spun back into the water. And, if he knew what he was doing, he would have suggested to Woods that he make certain his drop was as near to where he had hit his previous shot as possible.

Of course that’s not a certainty. In 2010 when Dustin Johnson hadn’t bothered to read the local rules sheet for the PGA Championship at Whistling Straits, walking rules official David Price could have rescued him by saying, “Dustin, you know you’re in a bunker under the local rule, right?”

He didn’t and Johnson grounded his club not knowing that the trampled-on sand he was in was a hazard and the two-stroke penalty he incurred knocked him out of a playoff.

Even if a walking rules official had failed to warn Woods, rules committee chairman Fred Ridley, after being alerted to the possibility that the drop had not been executed correctly, should have met Woods in the scoring area to ask him what had happened and perhaps even take him to the TV trucks to review the drop. Instead, he ruled that Woods hadn’t violated the rules before Woods finished his round. It was only after Woods described what he had done to the media that the issue was raised again and it wasn’t until Saturday morning that Woods was penalized.

Woods made an honest mistake. The committee also made mistakes: its initial ruling was wrong and Ridley – or someone on the rules committee – should have spoken directly to Woods before making a ruling.

“There’s not a day that goes by that I don’t wish I had done something differently,” Ridley said when asked if, in hindsight, he should have met Woods in the scoring area to talk to him.

All of that said, the best thing Woods could have done on Saturday morning was withdraw.

Because if he goes on and wins the tournament there will always be people who will see taint in the victory. Until two years ago, the committee would have had no choice under the rules but to disqualify him for signing a wrong scorecard – even if their mistake caused it to happen.

The wiggle room that was created in 2011 by rule 33-7 was intended to protect players who could not have known they violated a rule as in the Padraig Harrington so-called “HD” ruling in Abu Dhabi when only super-slow-motion in HD showed that his ball had barely moved on a green while he was addressing it.

Woods could have known he violated a rule and didn’t. Neither ignorance of a rule nor intent – no one thinks for a second he meant to break the rule – are relevant to the Rules of Golf. “I didn’t know,” doesn’t matter. Neither does, “I didn’t mean to do it.”

There are numerous examples in the past of players, when in doubt, penalizing or even disqualifying themselves. In 1998 at Bay Hill, Jeff Sluman remembered a local rule at the 17th hole after he had hit his ball in the water and taken what he thought was a legal drop.

He remembered the rule hours after his round was over. The next morning he asked a rules official to go back to the spot with him to try to determine if his drop had been legal. Neither man was certain. Under the rules, Sluman was entitled to give himself the benefit of the doubt. He was two shots out of the lead at the time.

“I wouldn’t have been able to sleep if I somehow won and thought I might have made an illegal drop along the way,” he said. “I couldn’t live with the doubt.”

In 1994, during the second round of the Western Open Davis Love III moved his marker so that Tom Watson could putt on the 14th hole. As he walked off the green, Love couldn’t remember if he had moved his mark back. No one in the group could remember either – his caddie, Frank Williams, had been raking a bunker.

Because he wasn’t certain, Love added one to his score at the end of the day – and missed the cut by a shot. The money he would have made if he had gone on to finish last on the weekend would have put him in the top 30 on the money list at the end of the year. In those days, that got you into the Masters. Instead, Love began 1995 without a spot in the Masters and didn’t get in until he won in New Orleans the week prior to the tournament.

At one point, after he had come close to winning but ultimately failed on several occasions, someone asked Love how he was going to feel if he missed the Masters because he had called a penalty on himself when he wasn’t sure he committed a violation.

“How would I feel,” he answered, “if I won the Masters and had to wonder the rest of my life if I cheated to get in?”

Woods didn’t cheat. But a case can clearly be made that he could have been disqualified. Choosing to play wasn’t wrong – he was entitled to play. But if he had withdrawn and said, “I want to break Jack Nicklaus’ record someday without a hint of taint in the achievement,” it would have been his finest hour as a human being.

He would have proven that he can be selfless and he would have protected the integrity of the game – the way Sluman, Love and others have done in the past.

He didn’t have to do it. But it would have been a great moment for Woods and for golf if he had done it. He may well be the Masters champion on Sunday night. But he could have been a hero on Saturday morning.