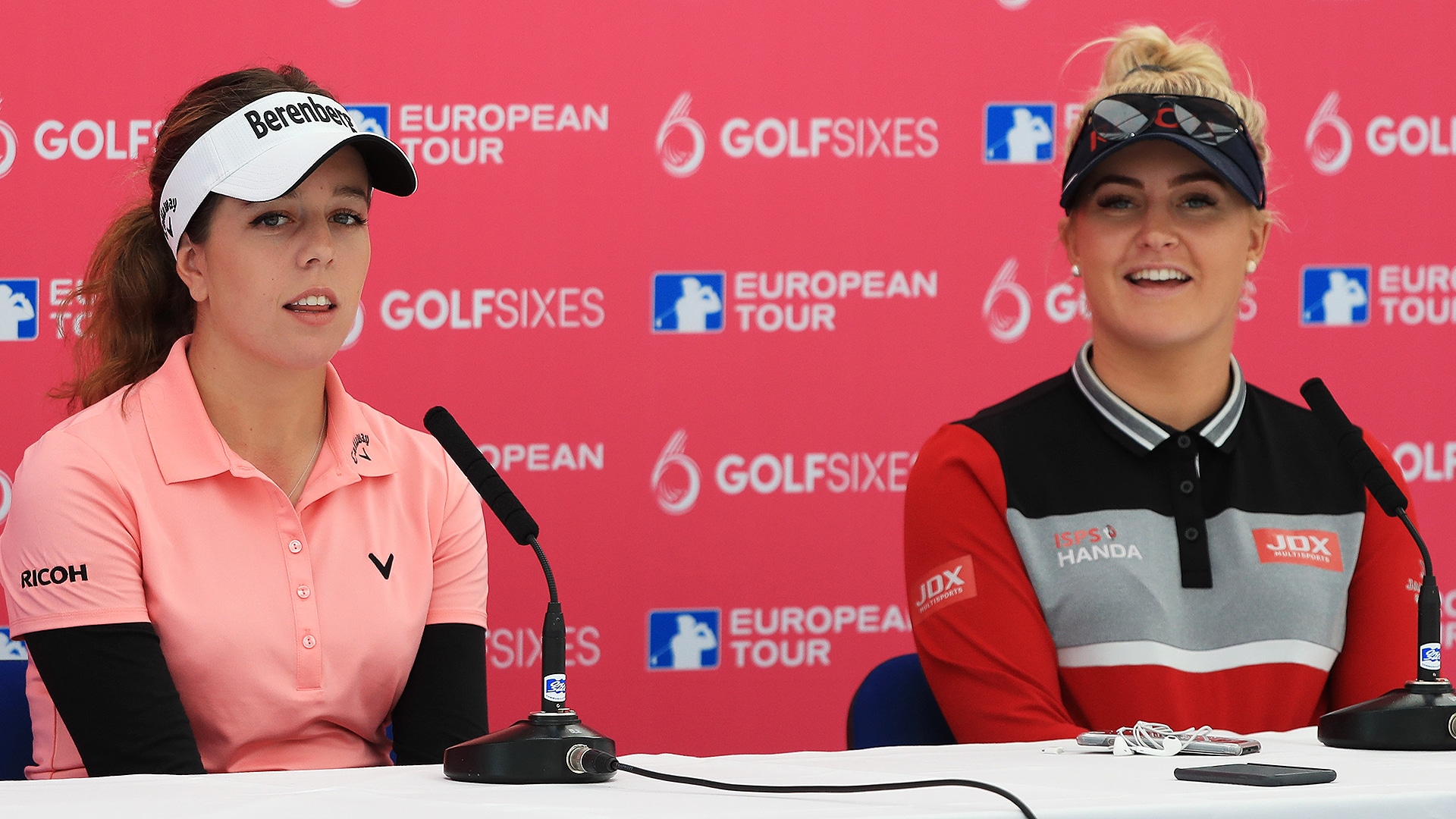 Call it England’s “Battle of the Sexes.”

The male English team of Matt Wallace and Eddie Pepperell and the female English team of Charley Hull and Georgia Hall seem intent on having fun with their match-play showdown Saturday in the European Tour’s GolfSixes event at the Centurion Club in St. Albans, England.

In just its second year, GolfSixes is adding yet another innovative wrinkle, bringing two female teams into the mix and one male/female mixed team.

“We’ll get some stick on social media if we lose,” Pepperell said.

Good crowds are expected to come out and see the home teams clash in one of the unique format’s six-hole matches.

Ladbrokes makes the English men a 2/3 betting favorite to beat the women, who will be playing from the forward tees.

“Personally, I think it would be massive if one of the women's teams won it,” Hall said. “The pressure is on the men, 100 percent, because we're in England and it's the men's European Tour.”

Sixteen teams divided into four groups will compete in six-hole round-robin matches, with the top two teams in each group advancing to knockout stages.