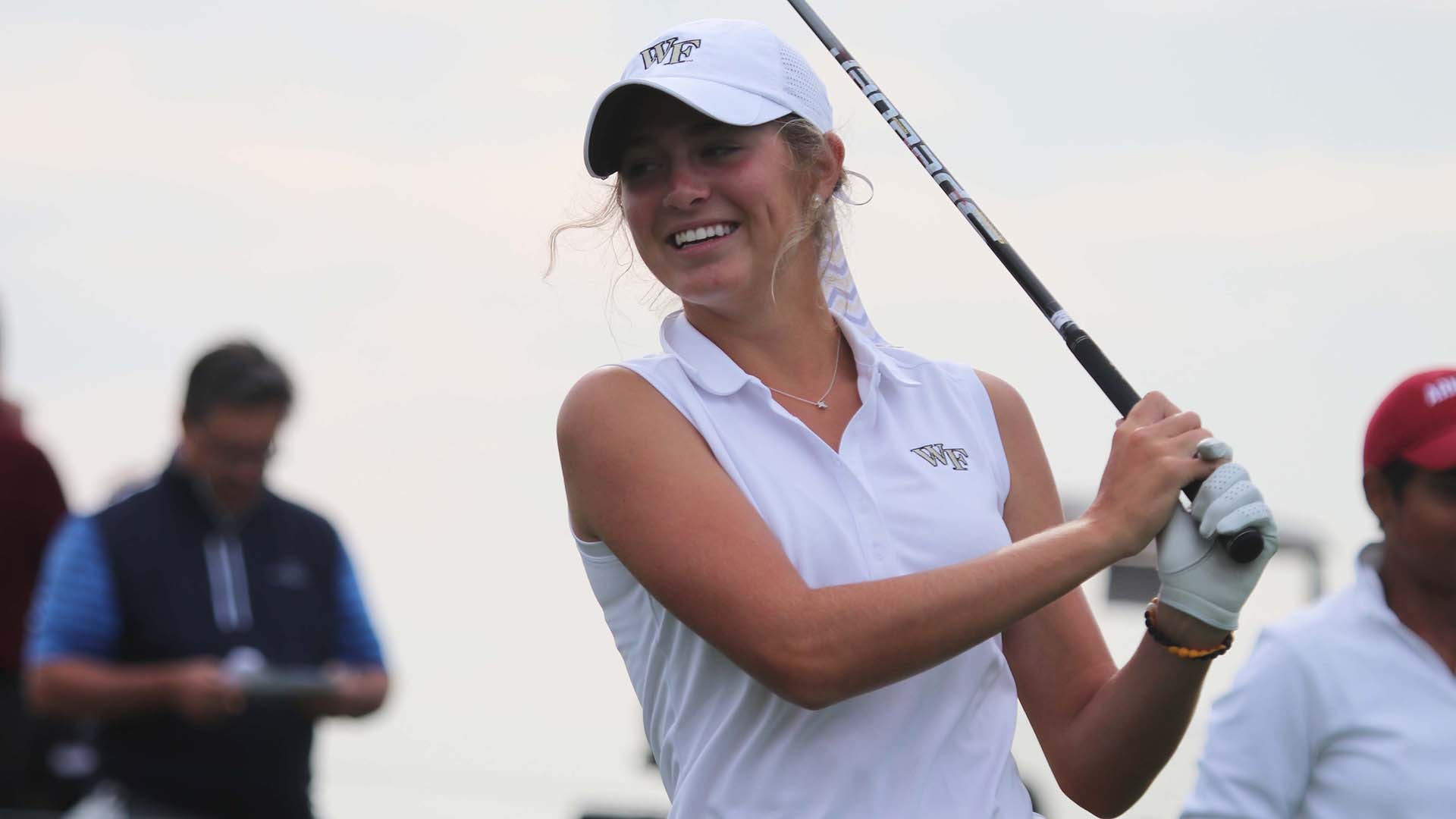 Winter break is over, classes are back in session and it’s time for more college golf. Here is a breakdown of the spring season for the Power 5 conferences in women’s college golf: 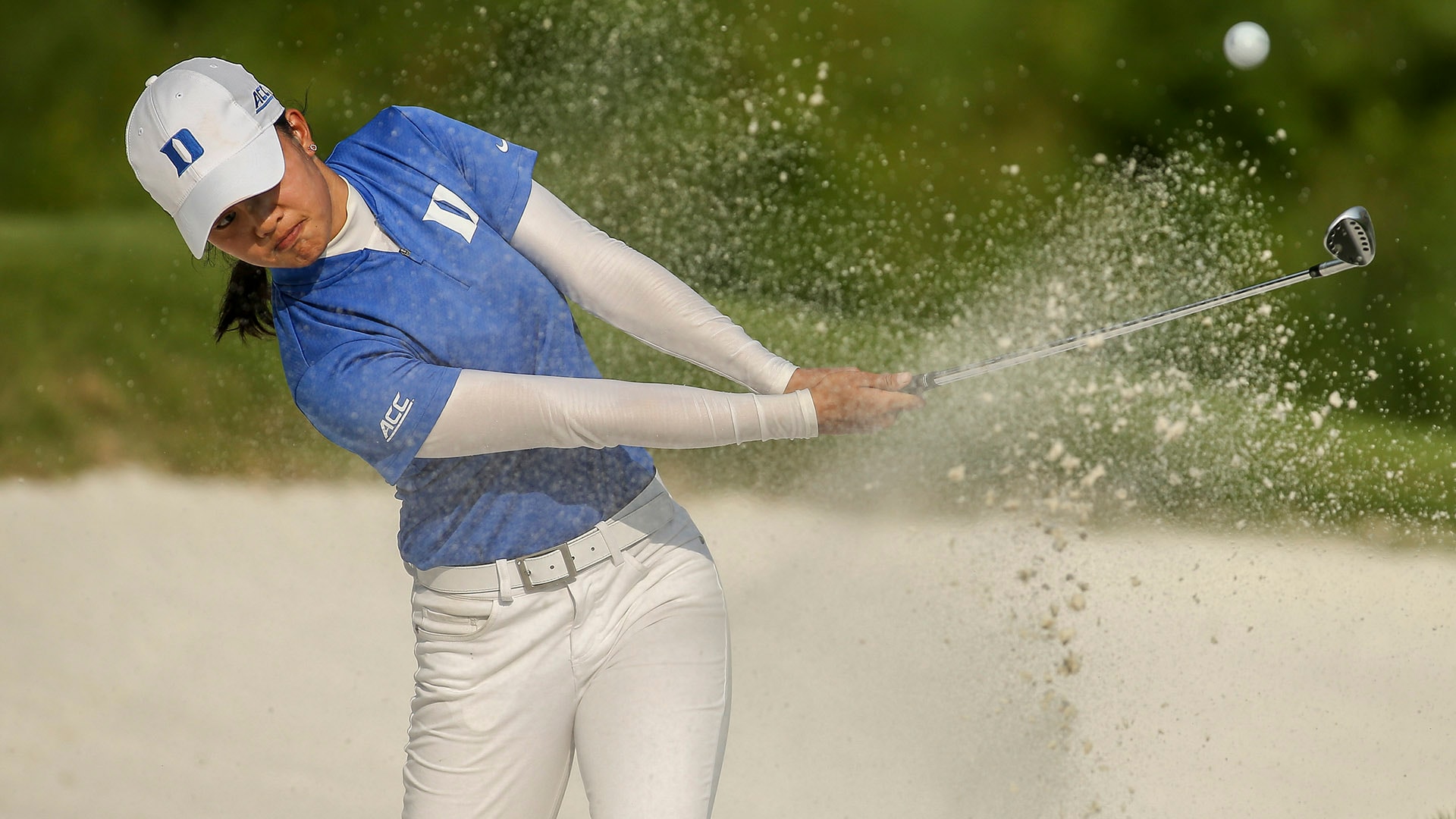 What to watch: After falling to Duke in last spring’s NCAA final, Wake Forest enters the spring ranked eight spots higher than the Blue Devils. The Demon Deacons performed well in their first semester without Jennifer Kupcho. Liu and Migliaccio, returning All-Americans, combined for five top-10s, but the big story was Kuehn, who won the Annika in her first college start and followed with a pair of top-13 finishes. … Duke got off to a rough start, but Boonchant posted three straight top-10s to cap the fall and the Blue Devils looked better in a T-3 showing at the Tar Heel. … While it’s no surprise to see Wake and Duke ranked highly, Virginia Tech is ranked 37 spots higher than it was a year ago. … Florida State will have to rebound after losing 2019 Annika Award finalist Frida Kinhult to pro golf. Beatrice Wallin was the only other player to notch a fall top-10 for the Seminoles. … North Carolina didn’t finish better than sixth in four fall events, but the Tar Heels, led by sophomore Jennifer Zhou (57), did play a tough schedule. … Clemson began the fall with a T-2 at the Mason Rudolph but followed with three finishes of T-8 or worse. 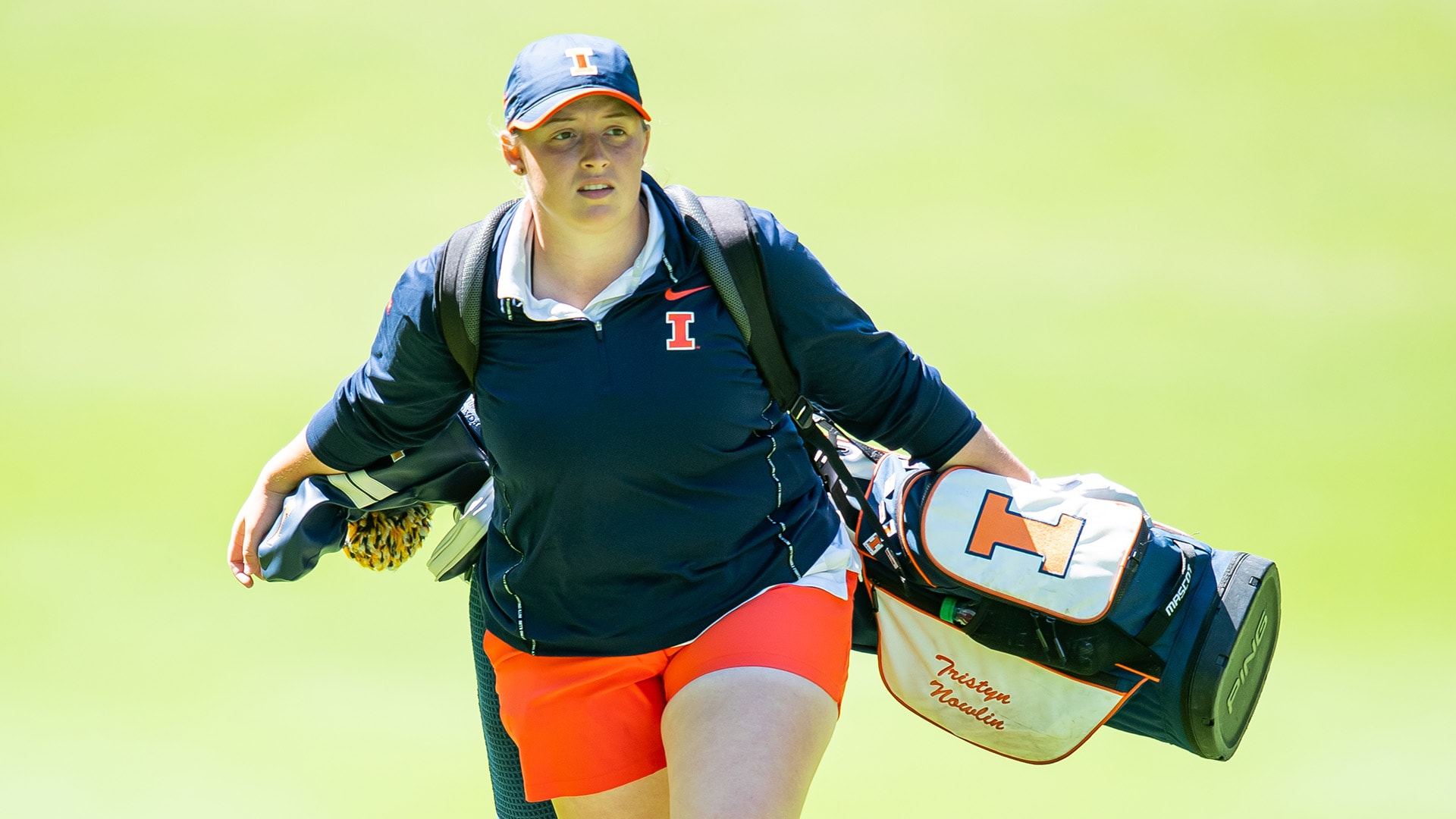 What to watch: Michigan State, twice a winner in the fall, boasts a deep squad that is strong at the top with Sans (one win, two other top-10s) and Geer-Park (three top-10s) leading the way. … Illinois shouldn’t be ignored, though, as the Illini finished in the top-5 of all four fall events. Nowlin shared the win at Oklahoma’s event and closed the fall with a T-6 at the Landfall Tradition. … Ohio State, the reigning champ, has been the mix often at the Big Ten Championship, and that should continue despite a fall in which the Buckeyes finished 12th twice in four events. … Indiana made a surprise run to nationals last season and got three top-10s, including a win, from Schmid in the fall. … Northwestern is in rebuilding mode with a best finish of ninth in the fall. 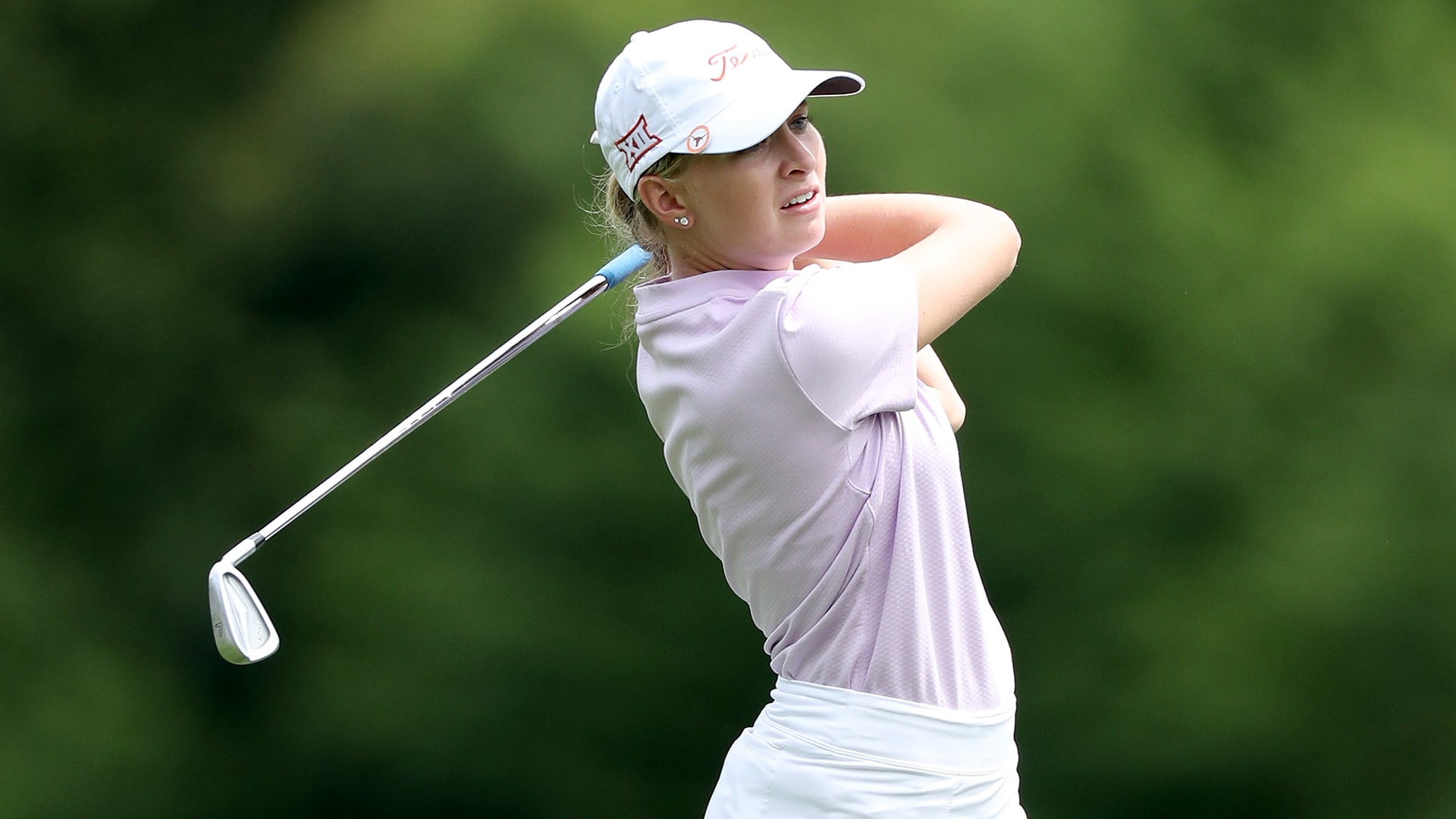 What to watch: Texas won its third straight Big 12 title last season, becoming the first women’s team to do so since Oklahoma State (2001-03). No team has ever won four in a row. The Longhorns, which won three times in the fall, had four players finish the fall ranked in the top 50, including Papp and Guo, who combined for six top-10s, including a win by Guo in the Bahamas. It remains to be seen if junior Agathe Laisne will play in the spring after missing the entire fall with an injury. … Unlike last year, Texas actually has serious competition in the Big 12. Behind first-year head coach Greg Robertson, Oklahoma State won its first event of the fall and added two other top-4s. The Cowboys enter the spring ranked nearly 60 spots better. … Baylor, led by junior Gurleen Kaur’s three top-6s, finished fourth three times in the fall. … Garcia had a win and three other top-10s for Texas Tech, which was runner-up twice though didn’t play a super tough fall schedule. 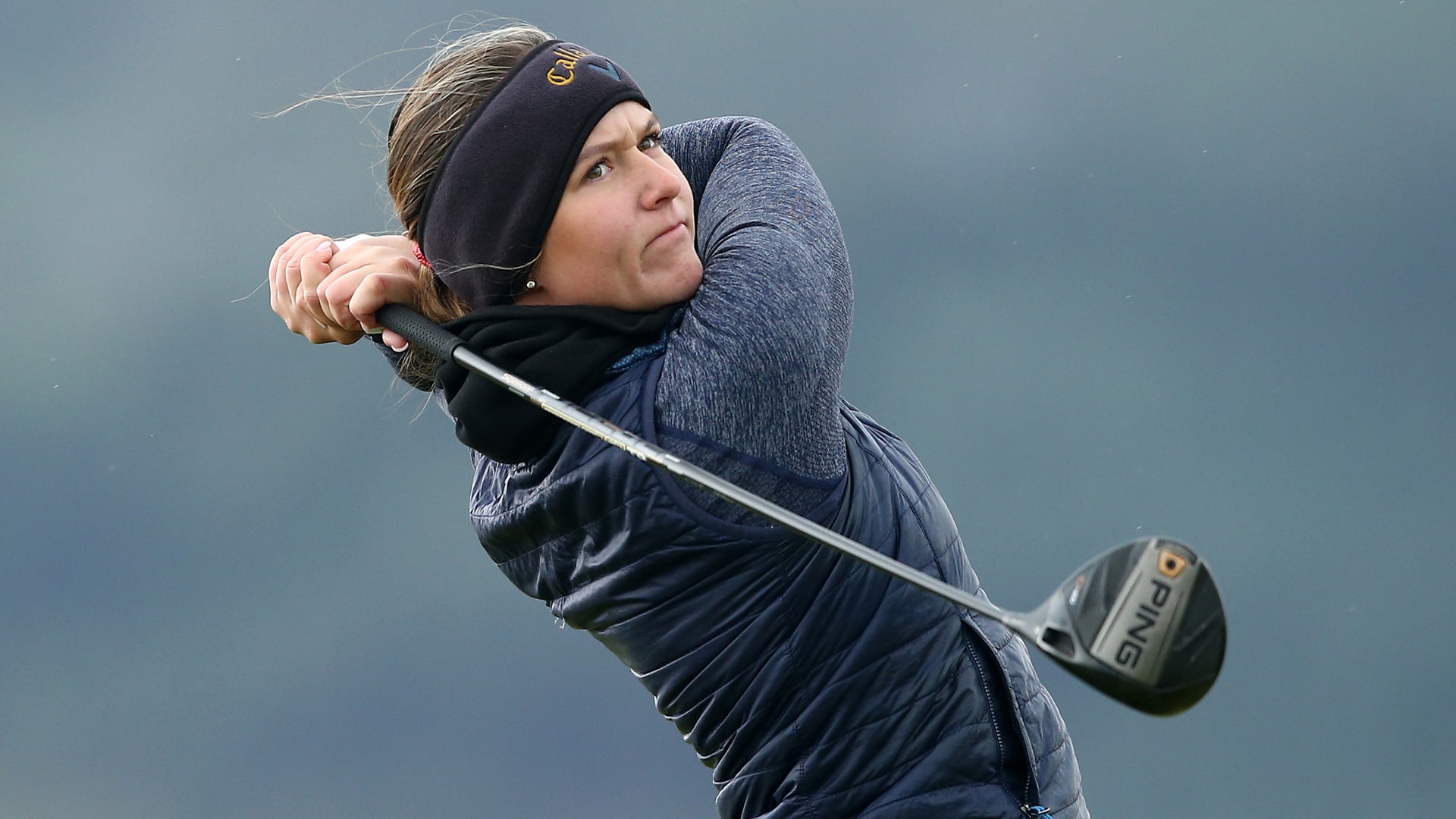 What to watch: Three years after winning the 2017 NCAA title at Rich Harvest Farms, Arizona State is back among the elite. While sophomore Alex Forsterling (three top-20s) and junior Raquel Olmos (two top-6s) had solid falls, the Sun Devils unquestioned No. 1 is Grant, who may be the best player in the country now that some of the top players have turned pro. Grant had three top-8s and helped negate a poor fall from senior Olivia Mehaffey (73.5 scoring average, no top-10s). Arizona State also adds Swedish freshman Amanda Linner this spring. … USC loses Golfstat’s top-ranked player Jennifer Chang to the pros, but the Trojans are still loaded with Corpux, junior Alyaa Abdulghany and sophomore Malia Nam finishing the fall ranked in the top 70. If U.S. Women’s Amateur winner Gabi Ruffels (184) bounces back, USC can win it all. … No team was gutted more by Q-Series than Stanford, which lost seniors Andrea Lee and Albane Valenzuela. Ye went T-2, win, T-13 in the fall, and she will be the new No. 1, but sophomore Aline Krauter will be key. She was T-10 at the Pac-12 Preview as the Cardinal finished T-5. … The Hou sisters had six top-6 finishes between them in the fall as Arizona proved it’s still a conference and national contender despite two big losses in Haley Moore and Bianca Pagdanganan. The Wildcats capped the fall by winning the Pac-12 Preview by two shots. … Former Arizona assistant Derek Radley has Oregon in the top 20 thanks to four top-5s in the fall. Freshman Sofie Nielsen was a model of consistency, finishing T-13 three times and T-16 another. … UCLA finished the fall strong with a runner-up at the Pac-12 Preview, where senior Mariel Galdiano and freshman Ty Akabane tied for second. Neither player, however, played better for the Bruins in the fall than freshman Emma Spitz, who capped the fall with three straight finishes of T-11 or better. 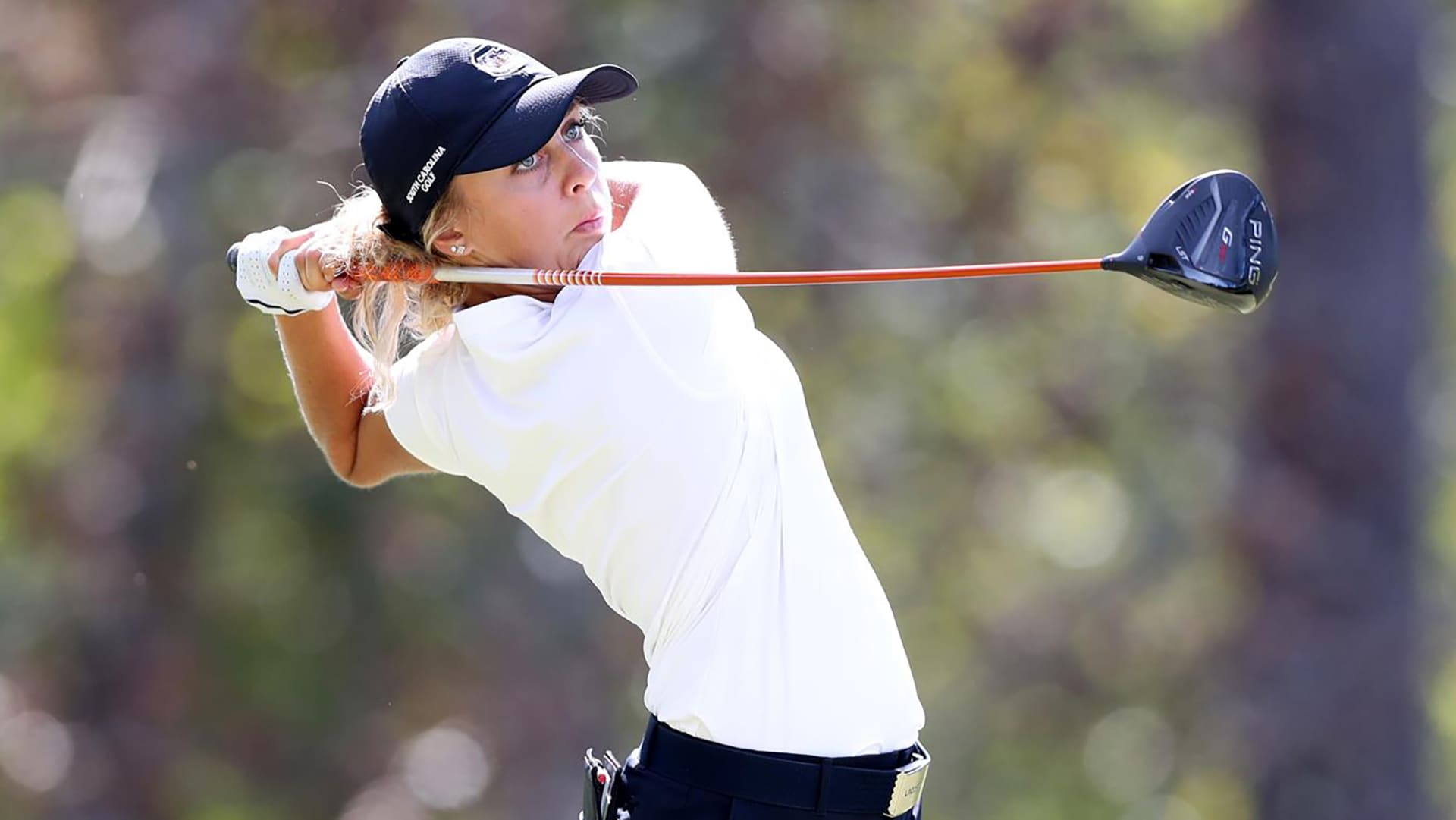 What to watch: With eight teams ranked 21st or better, the SEC is as wide open as ever. South Carolina is the favorite entering the spring. The Gamecocks rebounded from a seventh-place showing at the Annika to begin the fall with two wins, including at the fall-ending Landfall Tradition. They are deep and led by Roussin-Bouchard, who won the Windy City title and was third at the Landfall. … Florida had a strong fall, winning once and not finishing outside the top 5. The Gators will have to replace top player Sierra Brooks, who turned pro after Q-Series, but luckily added prized recruit Annabell Fuller this spring. … Alabama was the team last spring that was hit hardest by Q-Series, but the Crimson Tide had themselves a fall, finishing second three times and getting three top-8s from Wright. … Ole Miss continues to build on last spring’s SEC title, winning three times in the fall. Junior Julia Johnson capped the fall second-first. … LSU is ranked 41 spots better than it was entering last spring. The Tigers were led by Lindblad (one win, two other top-5s) and didn’t finish outside the top 3 in the fall. … Arkansas’ replacement for the graduated Maria Fassi has been a group effort. Five players posted a fall scoring average of 72.58 or better. … Vanderbilt had three players post two top-10s in the fall – sophomore Auston Kim, junior Louise Yu and senior Abbey Carlson. … Kentucky ranked 45 spots better than this time a year ago. … Auburn didn’t have a great fall, but junior Julie McCarthy is healthier and freshman Meghan Schofill (two top-10s) is capable of big things.

What to watch: Even with head coach Greg Robertson moving on to Oklahoma State, Kent State has remained a force, winning three times and adding a second in the fall. ... Houston is a young team, but it showed it can hang by winning the Mason Rudolph to open the season. Freshman Karen Fredgaard finished the fall ranked 27th by Golfstat. ... In just its third season in existence, Charlotte has cracked the top 25.