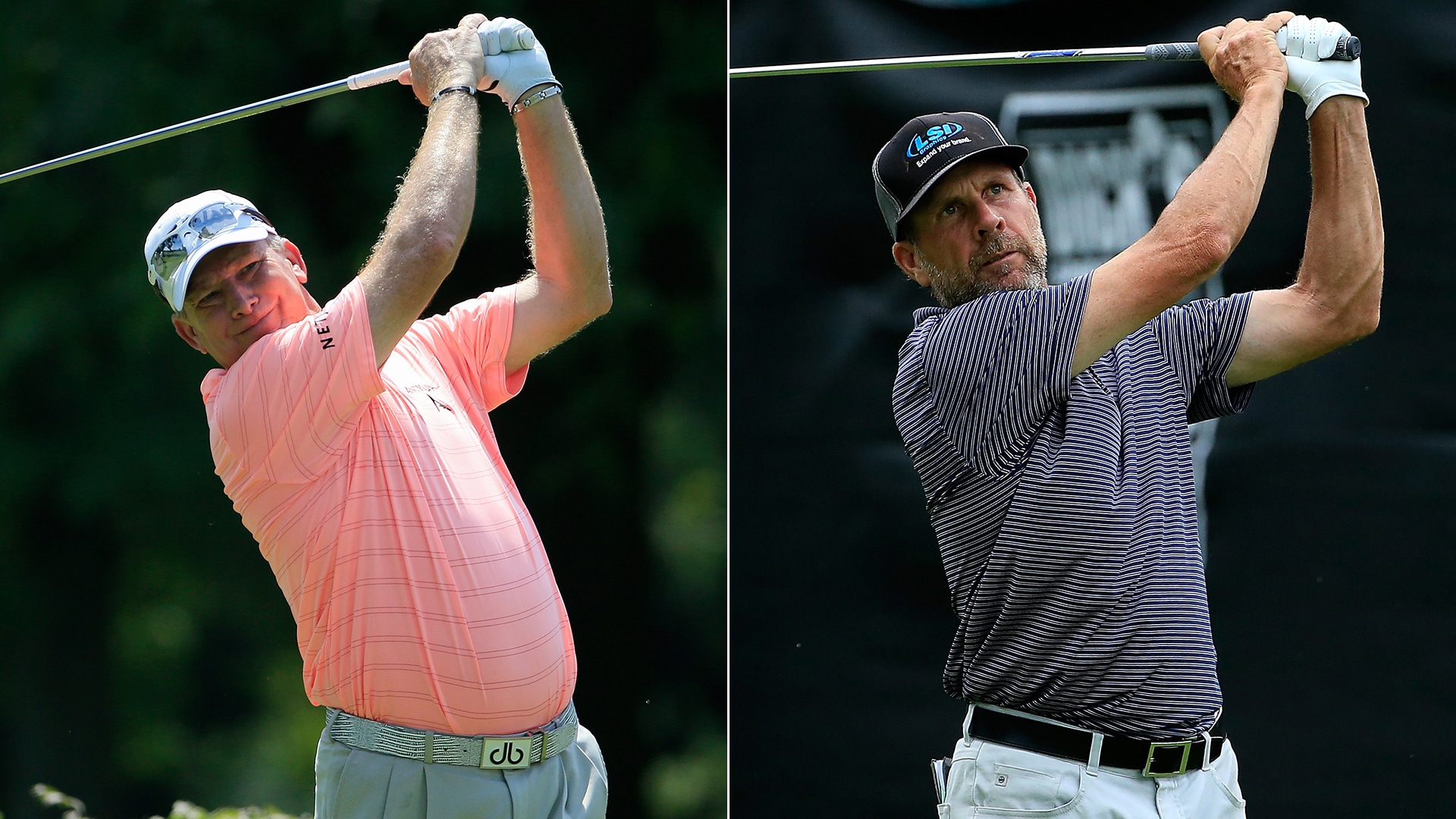 CARY, N.C. — Doug Barron stalled for the second straight day and watched a comfortable lead shrivel to none at all. He doesn't think he'll be able to get away with that for a third straight day at the SAS Championship.

Barron, who bogeyed three of his last four holes in the opening round and had to settle for a one-shot lead, chipped in for eagle Saturday on the 571-yard 12th hole at Prestonwood Country Club to stretch his lead to three shots.

He played the remaining holes with one bogey and five pars for a 4-under 68. Woody Austin birdied his last two holes for a 67, and they were tied. One shot behind was Jerry Kelly, who had a 67.

Barron and Austin were at 10-under 134 in the last regular PGA Tour Champions event of the season.

''Wood is one of the best ball-strikers I've ever played with, and Jerry is up there on the money this year as he always is,'' Barron said. ''You can't back up coming in. But I'm playing good golf. Like I said, this isn't life-or-death stuff for me, so I'm having fun.''

Barron had gone nearly seven years without playing PGA Tour-sanctioned events when he turned 50 in July and decided to fly to England to try to qualify for the Senior British Open. He qualified and then tied for fifth. Three weeks later, he qualified for the Dick's Sporting Goods Open and won the tournament.

Saturday was the fifth time in his 21 rounds on the PGA Tour Champions that he has led or been tied after any round.

''You wouldn't know if he hadn't played for 10 years or so because his golf swing is really solid, hits the ball very solid every time, hits it straight as a string,'' Austin said of Barron, with whom he'll play in the final group Sunday.

Austin did his part with his big finish and has a share of the lead going into the final round for the first time on the PGA Tour Champions.

They will be joined by Kelly, who is No. 2 in the Charles Schwab Cup standings and can't replace Scott McCarron even if he wins. But he can get a lot closer, and that would help with the start of the postseason, a series of three tournaments that decide the Schwab Cup winner.

The top 72 players on the money list qualify for the postseason. Sandy Lyle is at No. 72, one spot ahead of Joey Sindelar. Lyle also is one shot ahead of Sindelar on the leaderboard at the SAS Championship.

Still in the mix is Rod Pampling, who turned 50 three weeks ago. Also qualifying for the postseason is a ''wild card,'' a player who finishes the final event in the top 10 but is outside the top 72 on the money list. Pampling has played only one Champions event, so a top 10 will get him into the postseason.

He shot 69 on Saturday to reach a tie for sixth, and the Australian was four shots behind, still thinking only about winning. 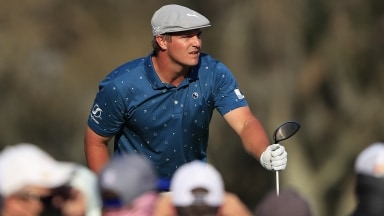 They came to watch Bryson drive 6; they might see him win 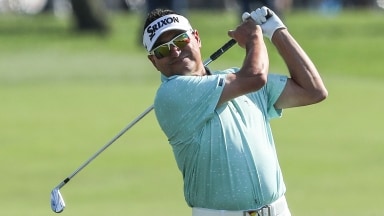 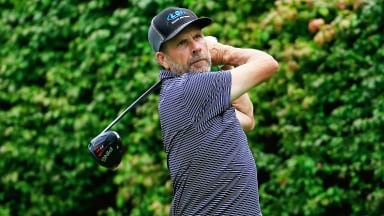 Doug Barron faltered late with three bogeys in his final four holes and carded an opening-round, 6-under 66 at the SAS Championshp, where he leads by one over Woody Austin. 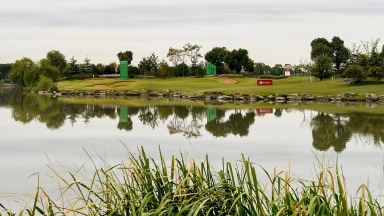