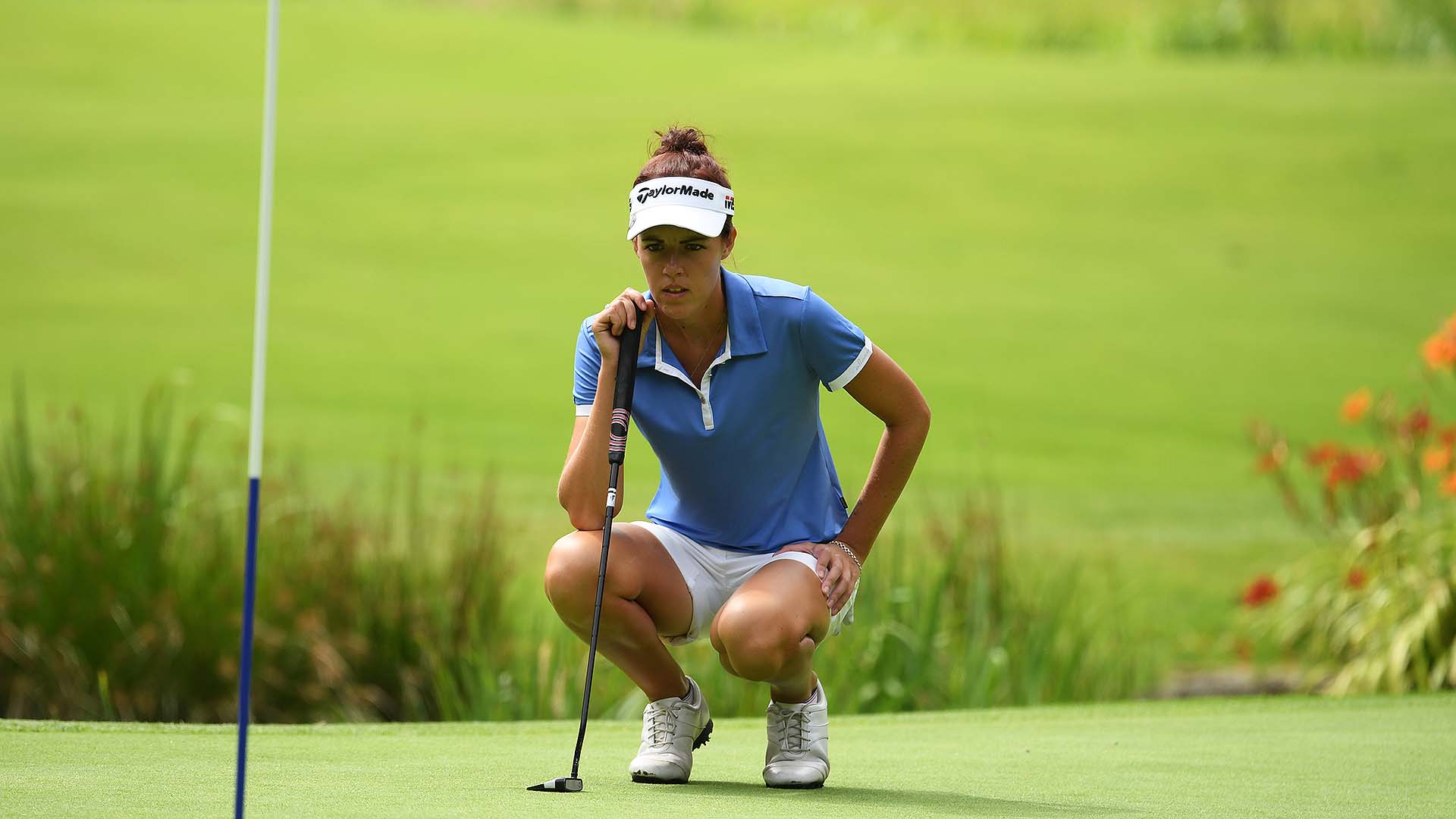 Meghan MacLaren isn’t a major championship winner, hasn’t won an LPGA event and isn’t among the top 250 female players in the world, but if you love the game, you really ought to get to know her work, if you haven’t already.

The 25-year-old Englishwoman won her second Ladies European Tour title this year, but she’s making a mark beyond her run at the tour’s Order of Merit title. She has carved out a special place in the game beyond her own golf. She’s a gifted young writer.

Her blog at megmaclaren.com is like that wardrobe in C.S. Lewis’ book within the “Chronicles of Narnia” series. It’s a gateway that leads to another world behind the one we see. MacLaren is like having Susan Pevensie in the “Lion, the Witch and the Wardrobe” as our guide, taking us on an adventure through golf’s hills and valleys, through the challenges young players face.

MacLaren’s gift is in how delightfully she frames the joy and angst of the beautiful, maddening sport she loves. She writes in a way that makes you feel as if she’s sharing her thoughts with you alone.

“I like sharing some of what the ebb and flow of being a professional golfer looks like, because it’s undoubtedly one of the loneliest sports on the planet,” she wrote in her latest blog, posted last week. “But we’re somehow together in that loneliness, too.”

Whether she’s writing about golf or her larger life, MacLaren is seeking light.

“To try and find the words to explain this path we all stumble down with varying degrees of blindness,” she wrote.

Oh, MacLaren can turn a phrase. There’s elegance in her prose, as there was in the blog she posted after watching the Americans’ late rally against Europe in the bitter cold on Saturday of the Solheim Cup this fall.

“The Americans who were just too cold, who wanted a warm bath and hot food and no referees and to be anywhere else in the world, lit a fire in the fading light that’ll burn until tomorrow,” she wrote.

While MacLaren has some strong opinions, especially about gender pay, her appeal as a writer is often in the vulnerability she shares as she explores her world. Bottom line, she’s a young woman trying to understand how and why the world works the way it does. She says that’s really what her writing is all about. The fun is in following along as she tries to figure things out. There is grace in her point of view. She isn’t so hard-headed to think everyone has to agree with her. She’s excited by ideas, chasing them as earnestly as she chases that little white ball in her game. 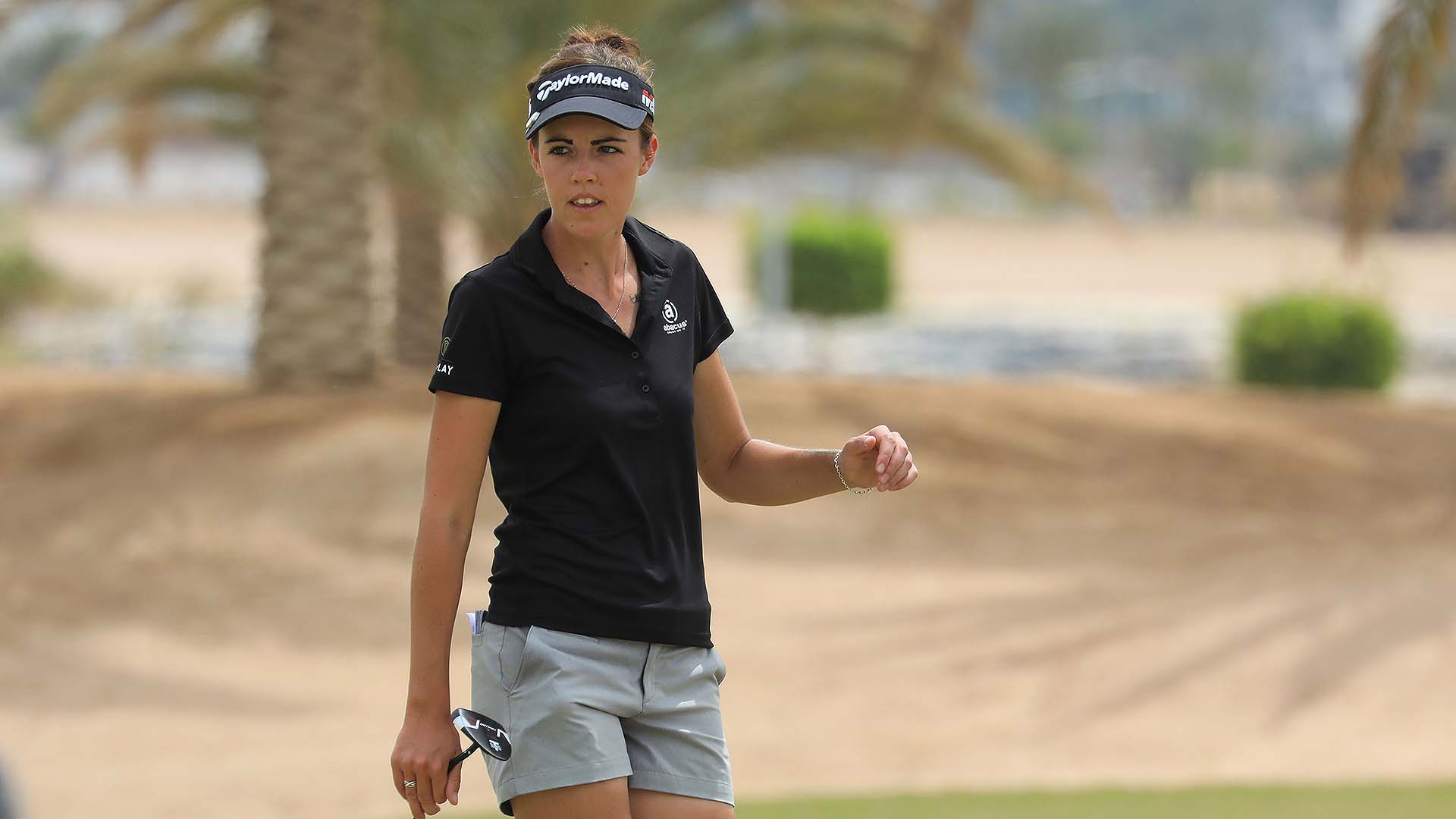 There is courage in how MacLaren opens her world to us, given the stupid, cruel taunts of so many trolls in today’s social media universe. She shares her frustration with that, and with the hard lessons that come when you allow strangers into your world.

“It’s the shared experience that connects us all, that makes us all care,” she wrote. “It isn’t rules justifications, it isn’t slow play, it isn’t the distance debate, it isn’t the gender pay gap.

“It’s the complexities and intricacies of each of us versus the sport. It’s why we, as a golf world, cared about Brendon Todd winning the Bermuda Championship. It’s why we cared that Haley Moore got her LPGA card. It’s why we cared when Steven Brown did more than just secure his European Tour card in Portugal. It’s why I write, and why I put it out there for people to see.

“Whatever level of golf you play or understand or coach or watch, you get it. You get how one day you can have a confidence that can make you fly, and the next day you can be in a black hole of anguish that makes you question everything.”

MacLaren was raised in a golf family in Northamptonshire, England. Her father, David, is the head of the European Tour’s senior circuit. Her mother, Mary, is also in golf, running a company that brings Americans over to play in the United Kingdom and Ireland. Meghan helped Great Britain and Ireland win the 2016 Curtis Cup and played at Florida International University in Miami. She studied English and literature and minored in political science. She began enjoying writing in school.

“It helped develop a different part of me, away from golf,” she told GolfChannel.com. “The more you write, the more you develop your own style.”

“The actual act of writing is where, I guess, I come closest to finding answers to what I’m wrestling with, or making sense of what I’ve been thinking about,” she told GolfChannel.com. “The reason I want to write, a majority of the time, is because something’s been niggling at me.”

Sometimes, what is “niggling” at her is how frustrating finding golf form can be. She wrote about “Corpus Callosum” last year.

“It’s the name given for the structure that connects the left and right sides of your brain,” she wrote. “The place where logic meets imagination, where reason meets intuition, where fact meets trust. Maybe it’s the scientific name for that place every athlete strives to get into … the place every athlete knows is where the magic happens.”

While MacLaren was pleased to get another LET victory this year, she was frustrated falling short of getting an LPGA tour card at Q-Series this fall. She was also frustrated coming up short in a bid to make the European Solheim Cup team.

“This year's been a bit of a rollercoaster,” MacLaren said. “I feel like I've been to both ends of the emotional spectrum more than ever before, but it's all led me to believe in myself more than I ever have, too . . . Right now, the best players in the world are on the LPGA, so getting there seems like my best guiding path, but there may well be different ways of doing that. I love playing on the LET and the opportunities there are getting stronger and stronger. So, I'll wait to see what my best options are when all the relevant schedules are out.”

Through the ups and downs of tour life, MacLaren has found writing medicinal.

“Write when it hurts,” she once blogged. “Then write till it doesn’t.

“I don’t know if I write because things hurt, or if I write just because it helps me make sense of things.”

MacLaren’s skills don’t just help her sort out life. They can help anyone reading her.