Work in progress: Spieth - once again - in position to break victory drought 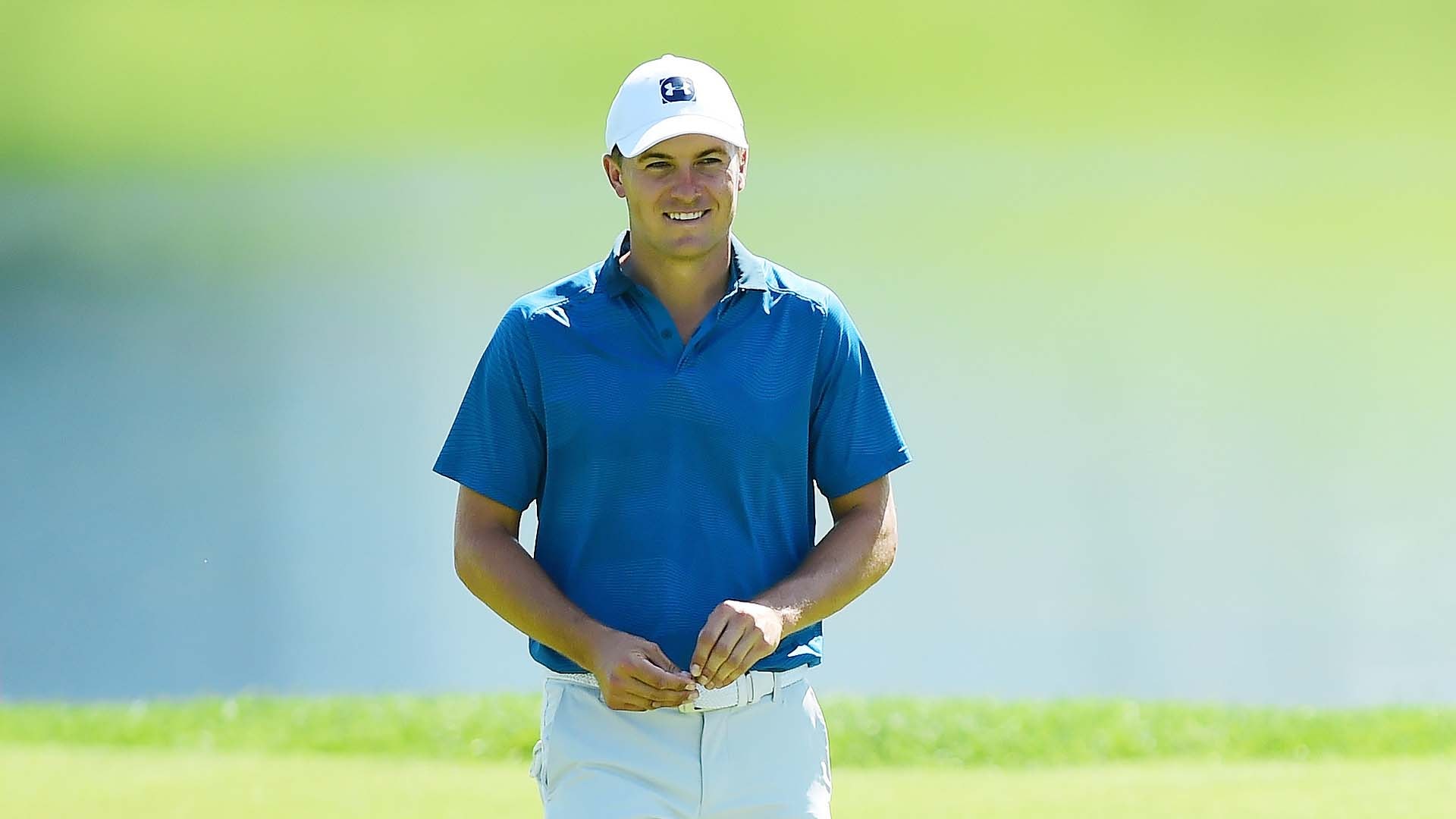 JERSEY CITY, N.J. – Jordan Spieth’s position atop The Northern Trust leaderboard on Friday was a relatively new concept this season, but the lexicon certainly felt familiar.

“I think that the turnaround in ball-striking week-to-week is certainly awesome to see that it's possible; that it was close,” he said following a second-round 64 at the FedExCup Playoff lid-lifter. “It's kind of verification of what I've been talking about.”

If Spieth is guilty of anything it’s his endearing inability to speak in normal sports clichés. On or off the course there are no unspoken thoughts and as he’s trudged his way through a slump that has now stretched two years. Since his last victory on the PGA Tour there has been no attempt to close the circle around him.

He’s repeatedly circled back around to certain ideas like believing that he’s “close” and that he continues to make “progress.” There has been so much progress.

“I know my game has been progressing,” he said following a first-round 65 at the Charles Schwab Challenge in May. “I've been saying that for the last month or six weeks or so. Results just end up coming when I actually start playing better golf.”

The next week at the Memorial he offered a similar assessment after a first-round 66. “All in all I'm pleased with the progress that's been made,” he said. “If I look back three weeks from the Byron Nelson to now, it's night and day about how I feel about my game.”

And two weeks later at the U.S. Open: “My game feels like it's progressing in the right direction,” he said.

In fairness to Spieth, there aren’t too many options when you’re asked about your game after every round. But of all the ways to assess a player’s season, Spieth seems to sum things up perfectly in his own voice.

During the good times he hasn’t allowed himself to lose perspective.

“I got off to good starts my last couple events and I need to continue to work hard to improve each day instead of kind of getting complacent and assuming that my game's there,” he said following a first-round 64 at the Genesis Open in February.

But it was when things weren’t going according to the grand plan that Spieth seemed to show just how far down the psychological rabbit hole he was willing to go.

“I've been surprised at the eight-, nine-shot differences between two days,” he said after missing the cut at The Players with rounds of 76-69. “It's just the bogeys or over-par holes, I know why I'm doing them, but it's surprising to me at how many mistakes I'm making during the rounds.”

Although Spieth’s issues have been whittled down to the ambiguous concept of ball-striking, this has been more about a lack of consistency.

Spieth touched on the notion in May at the AT&T Byron Nelson following an opening 68. “I was placing the ball where it needed to be. I was in the fairway. I hit every single green. Started to roll some putts and made a couple of them,” he said.

It all sounded so simple in Dallas and he added matching middle rounds of 67 to start Sunday tied for 12th place before his worst ball-striking round of the week, at least statistically, led to a closing 71.

A similar scenario unfolded a week later at the PGA Championship, when he shot rounds of 69-66 to start the tournament.

“I'm trying to feel a little bit better about my game than I did the day before,” Spieth said on Friday at Bethpage. “I don't mean in score; I just mean in how I feel and the progress that I'm making. My goal was to shoot under par each and every day.”

He finished his week at the year’s second major with rounds of 72-71 that were, again, inferior ball-striking efforts compared to Rounds 1 and 2.

The perfect microcosm of Spieth’s season came last week at the Wyndham Championship where he was tied for 12th place going into the weekend after rounds of 64-67.

“It's getting better. I know [bad shots] are still in the bag right now, so I've got a little bit of scar tissue left, unfortunately, but it's certainly trending in the right direction,” he said.

Saturday in Greensboro was not the trend he’d envisioned, with a card that included three double bogeys and not a single birdie to miss the secondary cut. On Day 3 at the Wyndham Championship Spieth hit just four of 14 fairways and lost more than five shots to the field in strokes gained: tee-to-green.

It was no surprise then that the concept of ball-striking would come up after he started his week at Liberty National with rounds of 67-64 and Spieth conceded his 7-under round was one of his best efforts this year. Given the chance he would have probably talked about “progress” and being “close” to where he wants to be, but instead he offered a more holistic take. “I'm just tracking on a much better place,” he said.

Spieth has spoken volumes about his game this season, but few of those assessments were as encouraging as Friday’s take. 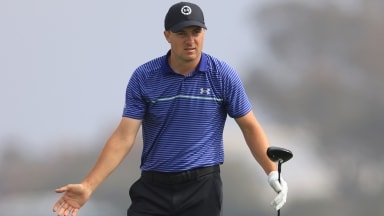 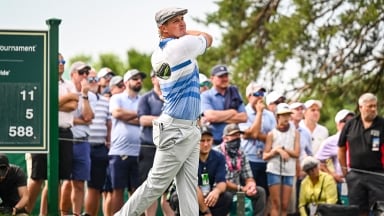