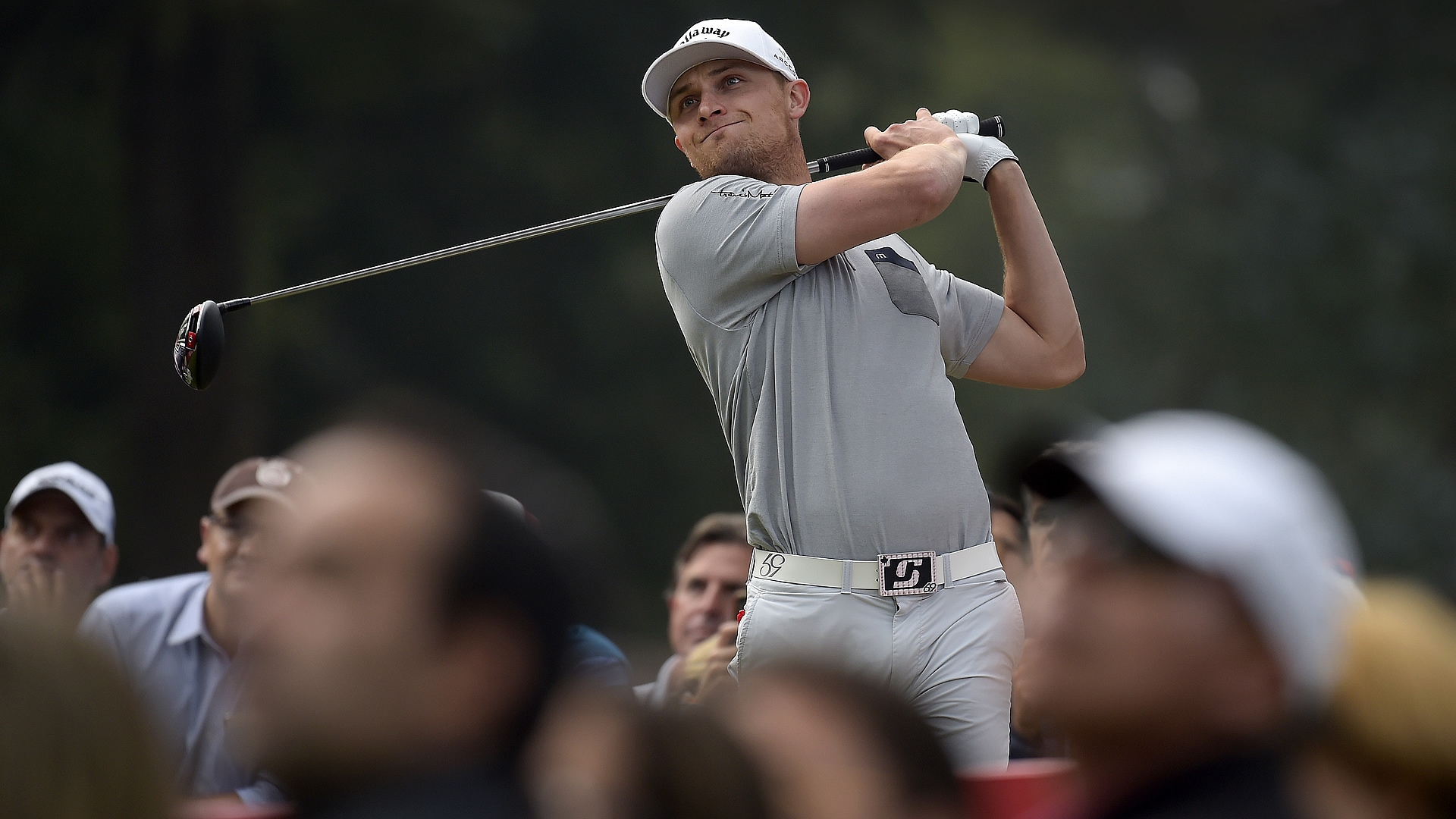 In anticipation of the 44th annual World Long Drive Championship (Aug. 30 - Sept. 4, with Golf Channel showcasing the final two days), worldlongdrive.com is highlighting past champions. Click here to view more of the series and information on the championship.

Even though Jamie Sadlowski’s dominant reign on the World Long Drive circuit all occurred before turning 30 years old, the mark he left on the sport remains large.

Sadlowski didn’t match the traditional frame of a long driver that fans are accustomed to seeing on TV. He was shorter and smaller by comparison, and most viewers couldn’t wrap their head around how he was able to generate his power with his undersized frame.

The Canadian’s entry into long drive occurred by chance, rather than a planned endeavor.

“A buddy of mine invited me to a local [qualifier] in Alberta near where I’m from,” Sadlowski recalls. “We were going to Edmonton to play golf and he had this qualifier later that afternoon, and the guy that was running [the qualifier] played hockey with my dad. He said there was a junior category and invited me to hit. I ended up hitting it like 367 [yards] and got through to the district qualifier. I think I had just turned 15, and I went to worlds that year and finished fourth [in the junior division], and the year after I think I finished second or third. And then after that I won back-to-back in 2005 and 2006."


With such a great start in long drive, it was easy to see a bright future in the sport.

“After I won in 2006, Art [Sellinger] gave me a spot in the Open Division, and I think I made it to the quarterfinals that first year,” Sadlowski said.

Considering he was hitting it 360 yards-plus with a stock driver as a 15-year-old, Sadlowski had runway ahead of him to improve his stature in the sport, starting with procuring a driver more suited to long drive.

“One of the guys at the local [qualifier] helped me get a longer club, and that’s when I really started getting after it. But I was looking at pictures of myself at that local and I was maybe 125 pounds soaking wet.

“I mean if I didn’t go to that local with my buddy, who is now my brother-in-law, I don’t know if I even would have been introduced to long drive.”

With his initial foray into long drive under his belt, Sadlowski began taking it seriously, and finished third in 2007 in the Open Division.

“In 2007, I remember four days before I was supposed to go down to Mesquite, I separated my shoulder in a [hockey] game and ended up getting a cortisone shot right before I went, and I couldn’t move. I had another year of junior hockey, but I talked to my parents and then called my coach because I knew if I went [to Mesquite] healthy, I had a real shot. So, I called my coach and said ‘I’m not going to be there for camp, because I’m going to go down and train and be healthy and fresh’ [for the world championship]. And sure enough, 2008 rolls around and I lose in my first round, going 0-for-six [balls in the grid], and then hit my last ball in four times, and found myself in the finals and ended up winning a quarter-of-a-million bucks that night.”


That was the end of Sadlowski’s hockey career, as he immediately decided that his future was in long drive.

“After I won, I remember calling my coach a couple of days later and telling him, ‘Thanks for everything, but I won’t be around anymore.’”

Following that first world championship win in 2008, Sadlowski’s life turned into a constant trip on the road between sponsor events and long drive events.

Sadlowski followed up his world championship in 2008 with another in 2009, and competed until 2016, when he decided to pursue a career in professional golf.

While his days of corporate events are behind him, he continues to pursue the challenge of competing on the professional golf circuit, while his influence remains a driving force in World Long Drive. 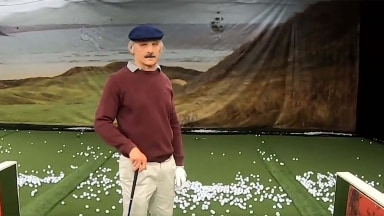 Jamie Sadlowski pulled this 'Grandpa' prank off last year, and now he and special guest Peter Jacobsen as 'Uncle Jake' are back and better than ever. 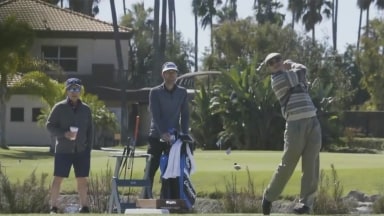 Jamie Sadlowski pulled the 'grandpa' prank off to perfection recently, wowing some unsuspecting onlookers with a few ridiculous drives. 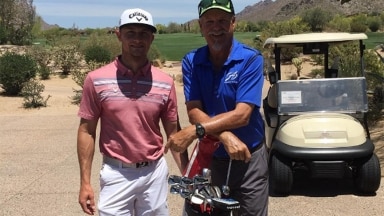 As if the U.S. Open doesn't have enough firepower, former long-drive champion Jamie Sadlowski took a big step toward playing in this summer's U.S. Open on Monday.