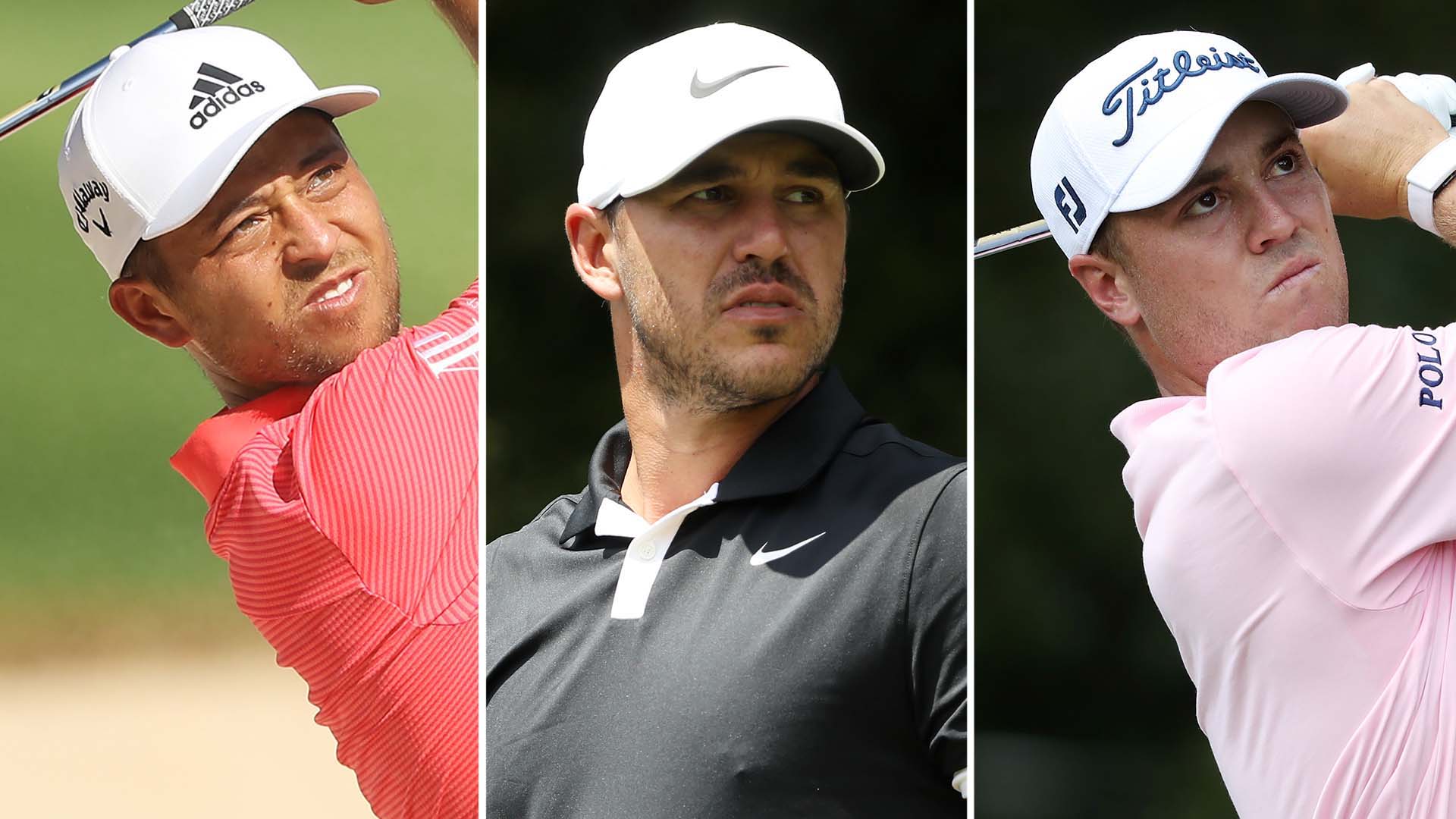 The season's final event is officially underway, and after just 18 holes the top of the leaderboard has already tightened. Here's how things look after the first round of the Tour Championship, where Xander Schauffele made up some ground on the players ahead of him and now shares the lead:

What it means: Schauffele won this event two years ago, and despite starting the tournament six shots behind Thomas as part of the revamped "starting strokes" format at this year's event, he wasted little time in making his move. Thomas began the day with a two-shot lead, and while he was briefly passed by Schauffele he rallied to post an even-par 70 that maintained a share of the lead. But it's crowded at the top of the 30-man finale, with Koepka (67) and McIlroy (66) both cutting into the small deficits they faced at the start of the week.

Round of the day: Schauffele was one of five players who started the day at 4 under, but he quickly made a move with three birdies from Nos. 3-6. He added three more on the back nine to turn in a bogey-free effort that was two shots clear of the rest of the field during the opening round.

Best of the rest: McIlroy is three years removed from his Tour Championship and FedExCup double-dip at East Lake, and after starting the week five shots off the lead he's now only one shot back after a 4-under 66. McIlroy made only one bogey and closed with a flurry, carding three birdies in a five-hole stretch from Nos. 13-17.

Biggest disappointment: Webb Simpson has been one of the most consistent players over the past four months, but he had an untimely struggle Thursday in Atlanta. Simpson made only one birdie en route to a 4-over 74, and after starting the week in a tie for sixth at 4 under he has tumbled all the way into a tie for 23rd, ahead of only three players, after just one round.

Main storyline heading into Friday: This thing got tight in a hurry. The revised format has created a situation where the top six players are separated by only two shots, this after the tournament began with the same gap separating the top two names. But the player to watch is likely Koepka, the presumptive Player of the Year entering the week who could cement that status with a $15 million payday. Koepka already has a share of the lead, as does No. 1 seed Thomas despite a wobbly opener.

Quote of the day: "I figured once the cameras started following us, I was shooting a good score. That was my giveaway." - Schauffele