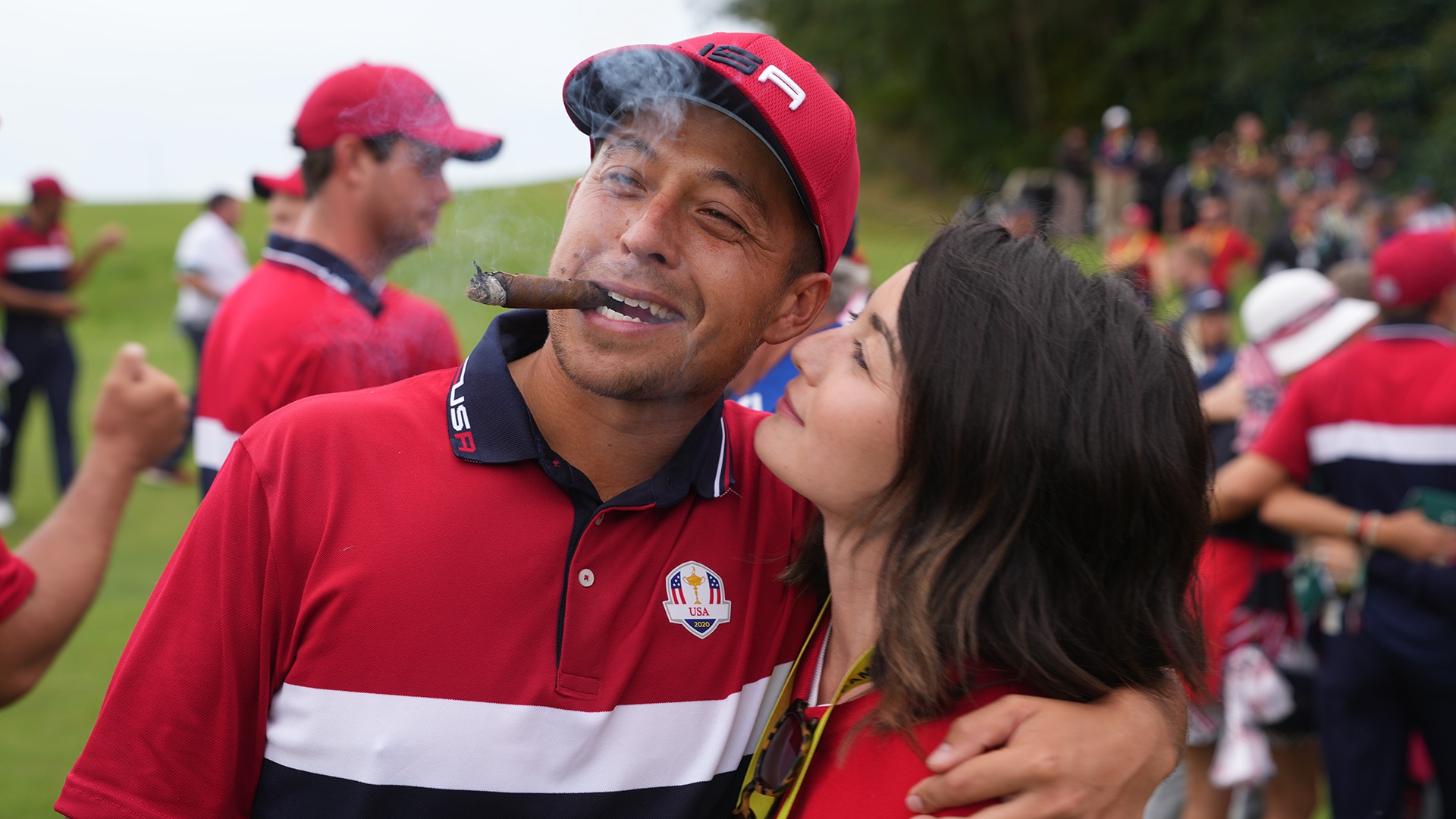 However, he also didn’t win an official tournament.

“It's an interesting feeling,” Schauffele said Tuesday at the CJ Cup, where he’s making his 2021-22 season debut. “I feel like I've had success, but then again, I missed out on a lot of things that I wanted to accomplish on the PGA Tour, so weird space that I'm in mentally. But overall, I think celebrating the Ryder Cup win with my teammates sort of got me over the edge of feeling like I failed this season.”

Perhaps a little too much celebrating. Schauffele was clearly already feeling the early effects of those adult beverages by the time he stepped inside the interview room for the Americans’ winning press conference in Wisconsin.

Schauffele confirmed Tuesday that he felt the aftereffects, as well. Asked when the last time it was that he’s had a hangover like he did post-Ryder Cup, Schauffele said it’s been a long time.

“I'm speaking for a lot of people that I talked to, we all let it hang loose there in the end, and we all had a really good time,” Schauffele said. “Yeah, my wife said she hasn't seen me this bad since college.”

Schauffele, though, is refreshed as he returns to competition in Las Vegas, where he and wife, Maya, recently bought a house. (Schauffele also received a key to the city from Vegas Mayor Carolyn Goodman on Tuesday.) He begins the week ranked fifth in the Official World Golf Ranking and having not teed it up individually on Tour since the Tour Championship.

“I was able to take a little bit of time off after the Ryder Cup,” Schauffele said. “I had to sober up, obviously, after my episode there in Wisconsin, so I'm feeling much better, much more alive. And the game, you know, I haven't really played a whole lot, but I'm pretty excited to sort of get back into the competitive swing of things.”