'You can't sugarcoat it': Tony Finau misses again, and it's not getting any easier 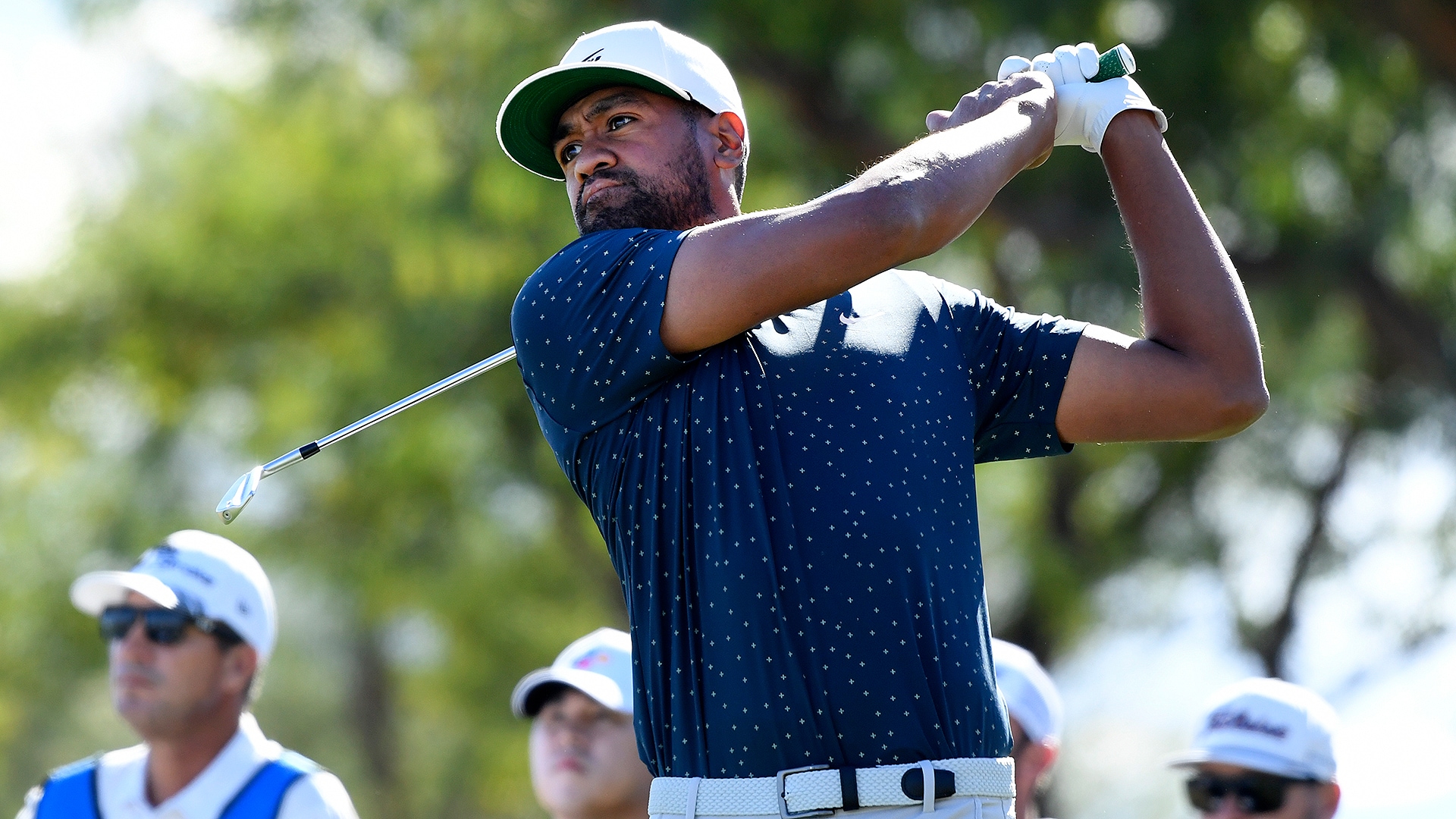 LA QUINTA, Calif. – This isn’t going to get any easier.

Tony Finau will say the rights things. He’ll flash the polite smile and reason that this just wasn’t his week.

Sunday’s loss at The American Express isn’t the toughest of a growing number of near-misses for Finau, and the impartial observer has to allow for the buzzsaw Finau ran into at PGA West.

For the fourth time in his career, Finau took at least a share of the lead into the final round at a PGA Tour stop, and he closed with 4-under 68 and never had a chance.

After opening his day with back-to-back birdies to move clear of the field, Finau could only watch as Si Woo Kim, who he was paired with, and Patrick Cantlay took a blowtorch to the Stadium Course.

Cantlay, who made the cut on the number on Friday and then added 20 birdies on the weekend, closed with a 61 that included a clutch 37-footer at the last hole for birdie that was supposed to force a playoff. Kim, who didn’t make a bogey over the weekend, enjoyed his own theatrics with a 19-footer at the island-green 17th hole for a one-stroke victory.

Finau could only watch. Many will say he’s watched too much in his career. They’ll whisper that a player with his skillset and desire should be building a Hall-of-Fame resume, not grinding away looking for his second Tour title.

He hears those assessments. He hears it all and although he might say all the right things in these uncomfortable moments, know that the easy smile is a mask for a competitor that burns.

Finau, whose first and only Tour victory was in Puerto Rico in 2016, seemed to suggest as much after finishing alone in fourth place. No loss is painless, but given how Sunday played out he was content to leave this particular cup half full.

“Usually when I walk off the 72nd hole I have a pretty good sense of how long it's going to sting. I'm pretty encouraged right now,” Finau said. “I've got to get a little bit better to win again, so it's an encouraging week on a lot of levels.”

But if the smile came a little easier this particular Sunday, know that with each passing loss the baggage only grows. Finau has the most top-10 finishes on Tour (35) without a victory since the start of the 2016-17 season and the most runner-up finishes (six) without a win during that same window.

“You can’t sugarcoat it, every tournament that goes by makes it more difficult, there’s no other way to look at it,” Summerhays said.

Summerhays explained that in a twisted way Finau’s prolonged drought has only made him a bigger, stronger, faster player. He’s a more complete player who probably wouldn’t have pushed himself so hard had success come early and often.

Sunday’s loss at PGA West will only intensify that internal scrutiny and there’s no chance he needs anyone to remind him that the wait continues.

One of those defeats that did leave a mark was last year’s Waste Management Phoenix Open, where he lost a playoff to Webb Simpson. Three weeks ago Finau was playing a casual round at TPC Scottsdale with his son, Jraice, and Summerhays. Finau chipped in at the par-4 17th hole for eagle. “If you would have done that [at the Waste Management Phoenix Open] you would have won,” Jraice Finau jabbed.

Finau laughed at the dig, but it was another reminder that it isn’t going to get any easier.