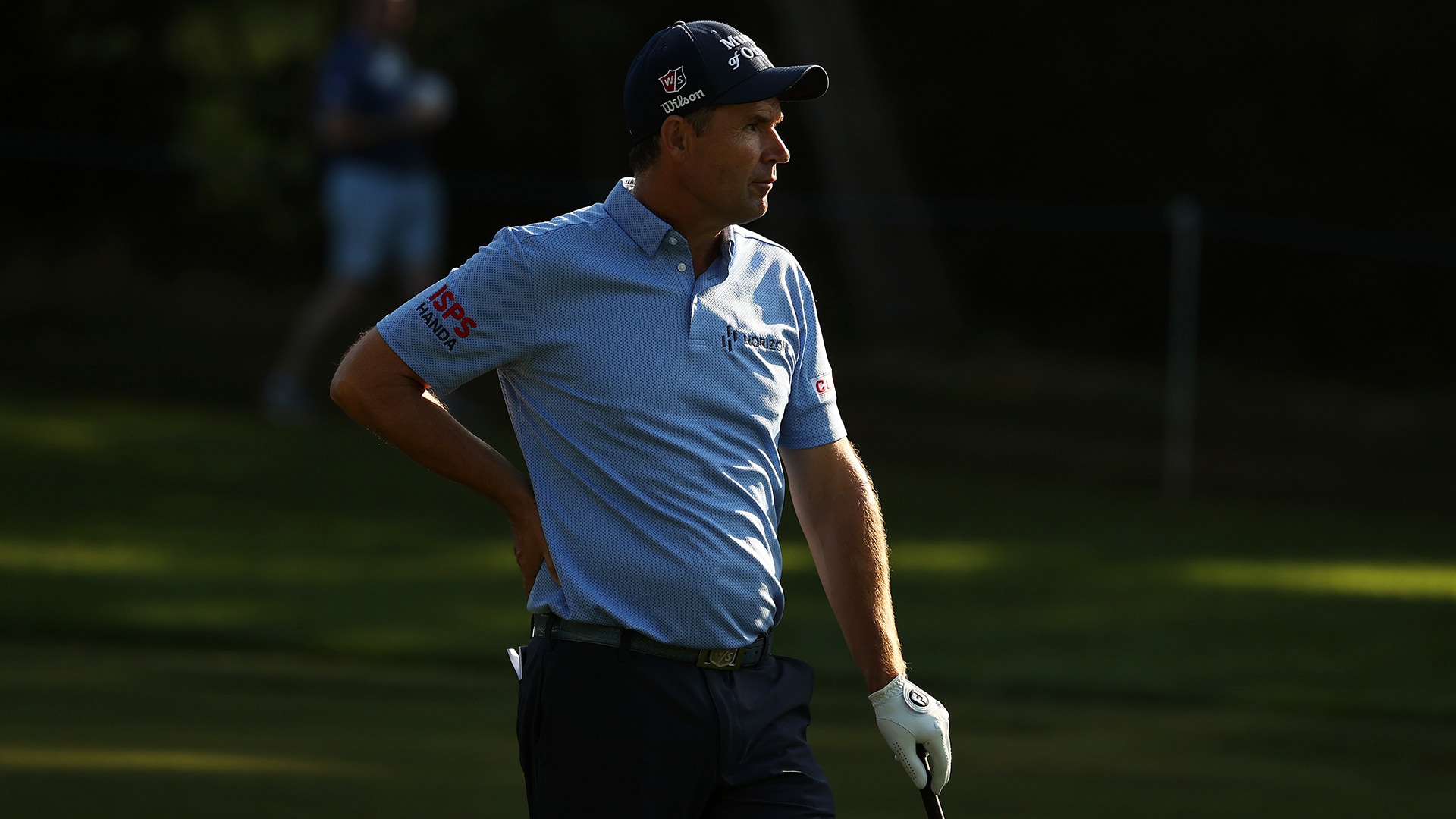 If Shane Lowry’s seat is more than a little warm this week at Wentworth, it’s easy to understand why.

“I'm here and probably a few people gunning for me this week,” said Lowry, who enters the BMW PGA Championship, the European Tour’s flagship event and the final tournament in the European Ryder Cup points race, clinging to the final position in world points.

“But I’m also in great position,” Lowry said. “… If there's a week that I'm coming to try and perform, Wentworth is one of the places I like to play. So, hopefully I can go out and perform well this week.”

Lowry has several players hot on his heels. While five automatic spots are already spoken for – Jon Rahm, Tommy Fleetwood, Rory McIlroy, Viktor Hovland and Paul Casey have clinched via at least one of the two points lists – and Tyrrell Hatton, Matt Fitzpatrick and Lee Westwood would need a litany of things to go wrong to not qualify, that coveted ninth ticket to Whistling Straits is very much up for grabs.

“There's a number of players who can push their way into the team and a lot of points to play for this week,” said European captain Padraig Harrington, who is teeing it up this week in Virginia Water, England, and will play the first two rounds alongside Hovland and Hatton.

“We wanted a bit of drama at the end and a bit of excitement, so yeah, it's going to be an interesting week. … A lot has happened over the last six weeks certainly, and it's good that we are coming to a championship of this standard. Those guys are going to be under pressure. So, anybody who plays well this week has really earned it.”

Among the players who are mathematically still in the running to overtake Lowry, Bernd Wiesberger has the best chance. The Austrian sits just 74.39 points behind fourth-place McIlroy in European points, and with McIlroy not playing, there’s a scenario where Wiesberger could pass him with a little as a top-50 finish. In that instance, McIlroy would then qualify based on world points, bumping Lowry from the fifth and final world-points berth.

“I don't feel extra pressure at all,” said Wiesberger, who has a win, second and one other top-5 finish on the European Tour since late May. “Yes, I would love to be part of the European team, but it would be foolish to make it too big of an issue with seven days to go, you know?”

Plus, Wiesberger is well aware: “You could be well off the radar and fly up the rankings with a win here.”

"It's win or bust,” said Ryder Cup veteran Justin Rose, who is in a similar position as Richard Bland, Thomas Detry, Calum Hill, Rasmus Hojgaard, Alex Noren, Ian Poulter, Matthias Schwab, Henrik Stenson, Matt Wallace and Danny Willett in that he needs a win to have any shot of grabbing an automatic spot.

Regardless of how the points races play out, Harrington will still have three captain’s picks, which also will be determined following the conclusion of play at Wentworth.

On Tuesday, Harrington admitted that he’s really only looking at six players who aren’t currently in automatic position. “I won't name them because I will always leave somebody out,” he said, though his half-dozen targets have surely already been named above, with the exception of Sergio Garcia.

The Spanish veteran, a nine-time Ryder Cupper (on six winning teams) and Europe’s all-time points earner, is the only non-qualified player still with hopes of making the team who is not at the BMW PGA this week. Garcia seemed confident two weeks ago that his record spoke for itself, and then he went out and qualified for the Tour Championship.

It appears that Garcia already has one of those captain’s nods spoken for.

“He knows where he sits with it,” Harrington said of Garcia. “He could have come here and played his way into the team and taken all doubt out of anything, but you know, he's comfortable where he's at. It's a better decision for him in terms of resting up and getting ready for it if he's in the team.”

Poulter, a Ryder Cup stalwart in his own right, is another likely pick, as Harrington earlier this summer lauded him and Garcia, saying, “Sergio almost has to lose a limb to avoid being selected and Poulter is not far behind.” Poulter made the cut in all four majors this year and recently notched top-10s at the WGC-FedEx St. Jude Invitational and Scottish Open.

“I'm not going to bet against those two guys,” Stenson said. “They have got great records and careers and they both have played well. I'd be lying if I wasn't looking in that direction, too.”

Stenson, though, seemed resigned that his veteran status wouldn’t be enough to garner a pick at the moment.

“I wouldn't keep my high hopes up,” he said. “I think some of the spots are heading in certain directions.”

With just two rookies currently in qualifying position (Hovland and Lowry) and Garcia and Poulter looking like strong bets to get picks, Harrington could afford to go younger with a potential final nod. Perez, MacIntyre and Migliozzi figure to have the best odds among that rookie pack.

Harrington said he currently has “three in mind” when it comes to his captain’s picks, and he plans to weigh how players fit into the current team more than what a player is ranked in the world rankings or points standings. But he also knows that with a tournament as big as the BMW PGA on the docket, “there are players who could really cause a bit of a fuss this week, cause a bit of drama.”

Lowry can already feel that pressure.

His seat is heating up.