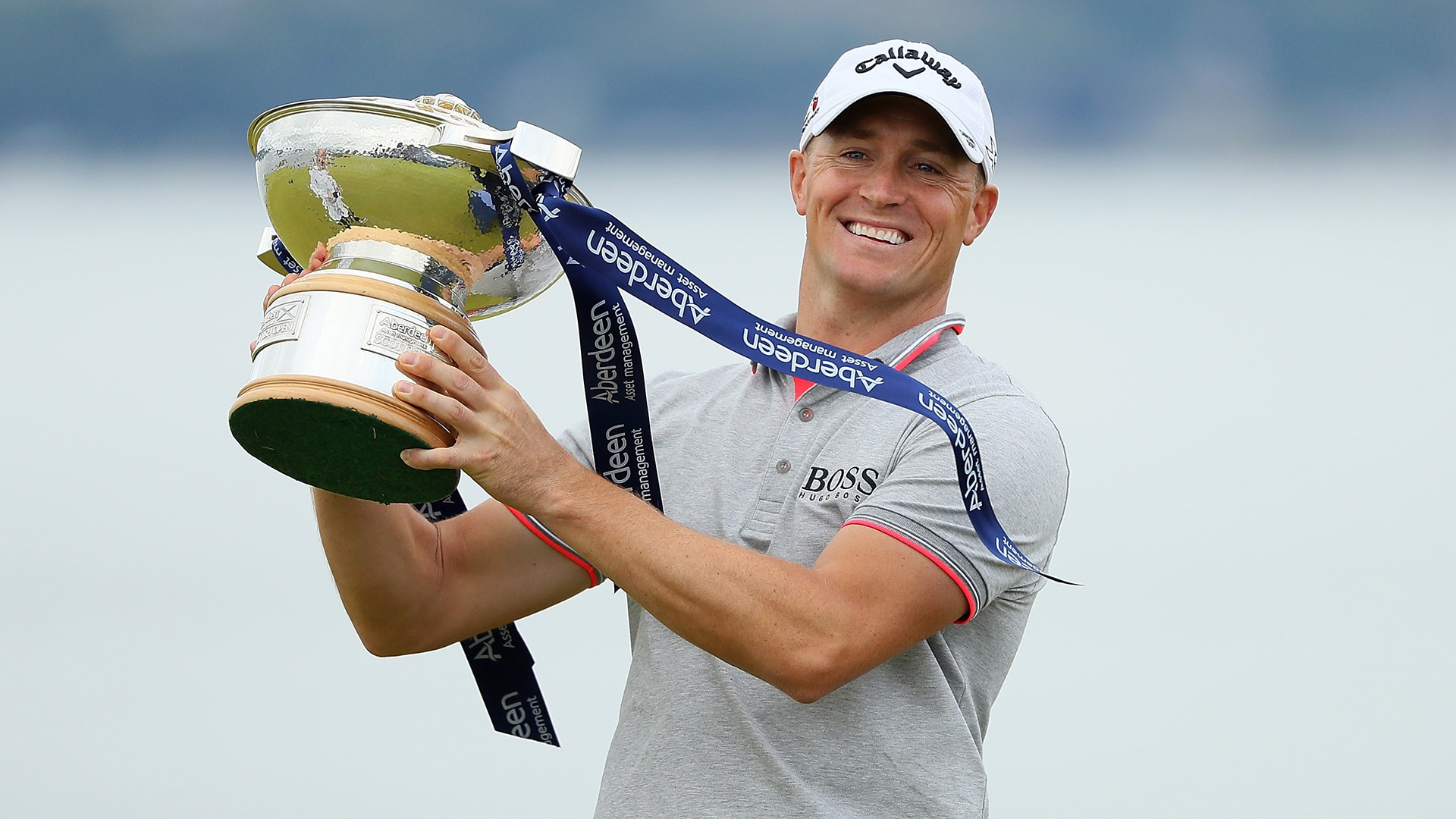 INVERNESS, Scotland - Alex Noren held off his pursuers in the final round Sunday to win the Scottish Open by one shot for his fifth victory on the European Tour.

All of Noren's victories have come after he started the final round in the lead and this was another impressive display of front-running from the Swede, who shot a 2-under 70 to finish on 14-under 274.

Tyrrell Hatton, Noren's playing partner, was the runner-up at Castle Stuart in northern Scotland after a 69, while Nicolas Colsaerts (66), Danny Lee (69) and Matteo Manassero (70) were a further shot back.

Noren began the day with a two-shot lead, which disappeared after a bogey at No. 8 that left him tied with Lee. The 33-year-old Noren birdied Nos. 12 and 15 to go two shots in front again, and a two-putt par at the par-5 18th was enough to win.

"I was so nervous the whole day today," said Noren, who also led after the second round. "When the game doesn't feel as good as it looks, you just want it to be over and to come out with a win. That's what happened."

When Noren birdied the 12th, there were seven players within two shots. Yet the chasers barely made a birdie putt in the closing holes, with Colsaerts the fastest finisher by making eagle with a huge putt on No. 12 and then rolling in birdies on Nos. 13, 14, 15 and 18.

"I don't even want to calculate the length of putts on the back nine," the big-hitting Colsaerts said.

Hatton, who was bogey-free in his final round, ended a frustrating run of five straight pars by making birdie at No. 18 to break free of a four-way tie for second. It secured his place at a fourth consecutive Open but Hatton remains without a professional win.

Americans Phil Mickelson (66), Patrick Reed (67) and Steve Stricker (67) were among the players going low in the final round, with Castle Stuart playing easier because of only light winds.