PGA Tour China to resume with full schedule in 2018 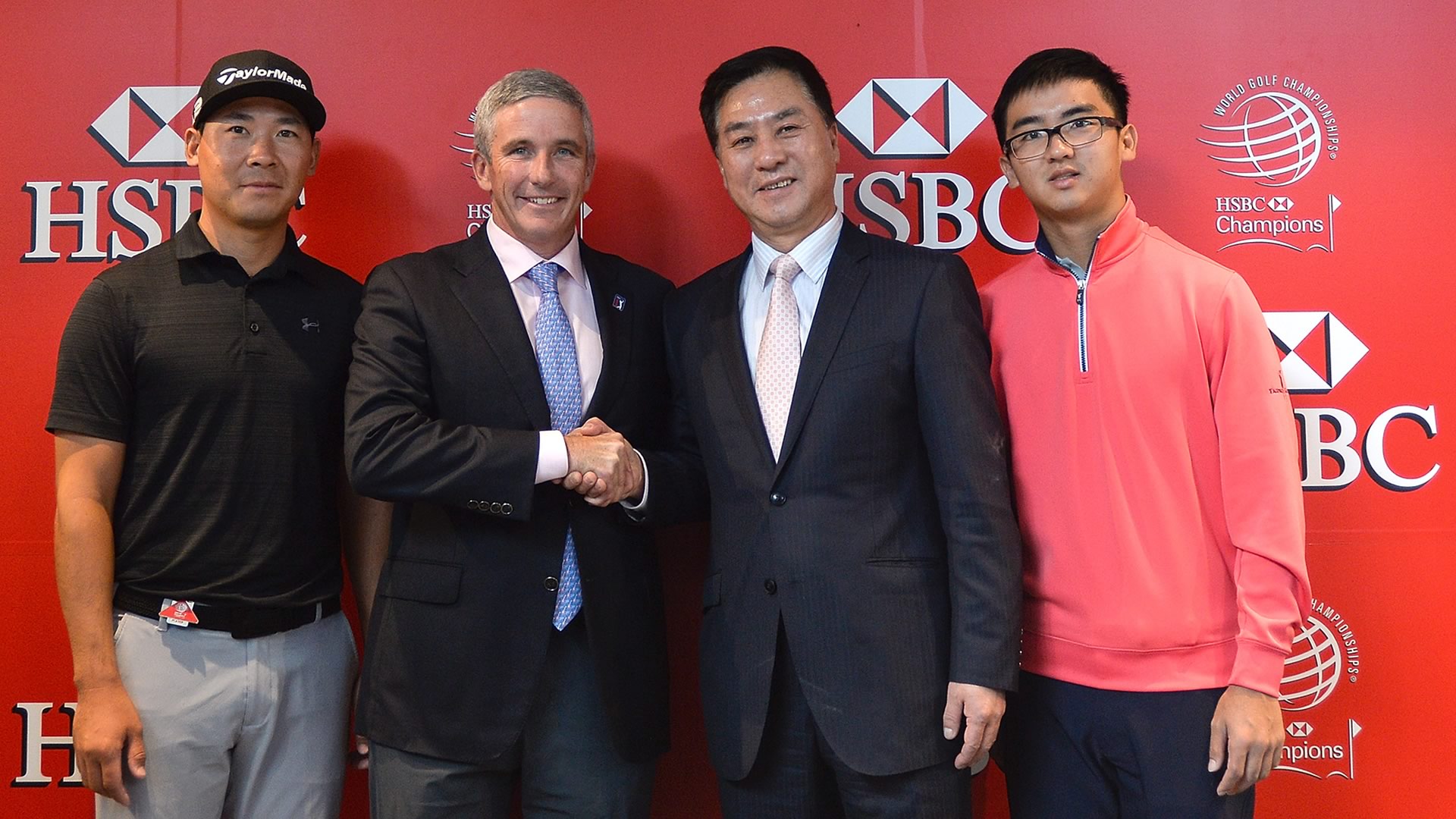 SHANGHAI – The PGA Tour has its first Chinese members, and now has reason to believe they won't be the last.

After a one-year hiatus, the PGA Tour China Series resumes in 2018 under a four-year agreement between the PGA Tour and the China Golf Association in which the prize money and number of tournaments will increase.

''These will be brand new tournaments, providing players with more opportunity to participate, as well as to establish a route for China golfers to get through and into the world stage of golf,'' said Zhang Xiaoning, president of the CGA. ''The development of golf tournaments here is not only helping the tour itself, but also to help China develop better and more professional golfers and to raise the interest of our citizens to the sport of golf.''

The start of the 2017 season was delayed during discussions, and eventually scrapped.

Even in three years, it had a strong influence on developing Chinese golfers. Zecheng Dou won four times and was the China Player of the Year in 2016, while Xinjun Zhang finished fifth on the money list. The top five players earn status on the Web.com Tour.

Dou won on the Web.com this year, while Zhang was twice a runner-up. Both finished among the top 25 on the money list to earn full PGA Tour cards.

Haotong Li played the China Series in 2014, and a year later he was one shot out of the lead going into the final round of the HSBC Champions. Under enormous pressure from the home crowd, he didn't make a par until the seventh hole while playing alongside Jordan Spieth. He tied for seventh.

''As soon as I walked onto the first tee, everyone was speaking Mandarin to me – 'Haotong, play well, good luck' – my mind was lost,'' he said Tuesday night from the roof of a hotel in downtown Shanghai, where he took part in a promotion with Dustin Johnson, Henrik Stenson and Hideki Matsuyama. ''I learned a lot from that.''

Li won the Volvo China Open last year, and this summer he closed with a 63 to finish third in the British Open. Li chose to stay on the European Tour instead of trying to get a PGA Tour card through the Web.com Tour Finals. He is No. 66 in the world, the highest-ranked of all Chinese players.

''We are looking forward to strengthen the development of the sport of golf in China and to hopefully provide them with not only a better platform to develop but also to gain more opportunity to strengthen their skills to have better performances in major international sporting events,'' Zhang said.

PGA Tour commissioner Jay Monahan said the tournaments in 2018 would have a minimum purse of 1.5 million Chinese yuan (roughly $225,000), an increase from 2016. He sees success through Dou and Zhang already reaching the PGA Tour after just three years of the China series, and a handful of others on the Web.com.

''They followed the path from PGA Tour China to the Web.com Tour to the PGA Tour, and they are ideal examples of what you can do when you have immense talent, you dream big and you play on PGA Tour China,'' Monahan said.

The HSBC Champions sets aside six spots for Chinese players, and this year has a record seven players in the 78-man field because Li qualified on his own from being among the top 30 on the European Tour money list.

''PGA Tour China was really important for me,'' Li said. ''I grew up from nothing to playing the Web.com. It's a really good tour. It's helpful for China golf.'' 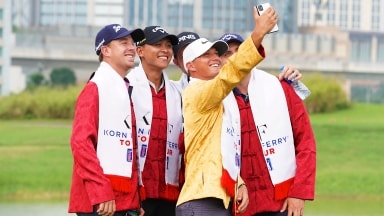 It can be easy to give up when things hit rock bottom. But Luke Kwon took the difficult route, opting to move across the world to try and get back home to his family and the job he loves.