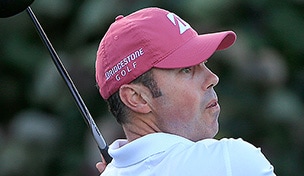 This week marks the 18th event of the 2013-14 PGA Tour season, as the Florida swing continues in Tampa with the Valspar Championship. A full field of 144 players will tackle the Copperhead Course at Innisbrook, where the famed "Snake Pit" will serve as a strong test for contenders all week long.

Kevin Streelman returns to defend the title he won last year by two shots over Boo Weekley. Here are 10 players to watch this week along the Gulf coast:

1. Matt Kuchar: One of the more consistent players on Tour, Kuchar has finished outside the top 15 just once since October. He's also been inside the top 15 in each of his last three starts in Tampa, a stretch that includes a T-10 finish in 2012 after a Sunday 65. Five of Kuchar's last eight rounds on the Copperhead Course have been 69 or lower.

2. Luke Donald: A winner here in 2012, Donald has struggled in recent months but often finds his form in Tampa. The Englishman may also be trending back in a positive direction, as he cracked the top 10 at the Honda Classic and finished T-25 last week at Doral despite a Friday 82. Donald has shot over par at Innisbrook just once in 12 competitive rounds since 2010, with a T-4 (2013) and a T-6 (2010) finish to go along with his win two years ago.

3. Jordan Spieth: While Patrick Reed may be the hottest name in golf this week, Spieth has occupied that spot for the better part of a year. The 20-year-old tied for seventh in his Tampa debut last year, bettering par in each of his final three rounds. Spieth struggled somewhat at Doral, especially in Friday's windy conditions, but prior to that finished inside the top 20 in four straight starts. Expect him to start a new, similar trend this week.

4. Webb Simpson: Simpson nearly claimed his first PGA Tour title at Innisbrook in 2011, but bogeyed the 72nd hole to finish second by one stroke. He's played well in Tampa since then, though, with a pair of top-20 finishes in the past two years, and has played well during this wraparound season following his win in Las Vegas in October. Simpson has yet to miss a cut in eight starts this season, with five top-10 finishes across that stretch.

5. Harris English: English has continued his career year in Florida, with a T-9 finish at PGA National followed by a T-16 showing at Doral. Since winning at Mayakoba to close out the 2013 portion of this season, he's finished outside the top 20 just once in seven official starts. The former Georgia standout is familiar with course conditions in the South, and English was T-7 here last year with three rounds in the 60s.

6. Jason Dufner: Dufner faded Sunday in Miami, but the reigning PGA champ notched top-10 finishes in each of his last two starts and has finished inside the top 30 at Innisbrook every year since 2009. That stretch includes a T-10 in 2012 when he opened with a pair of 66s and a T-21 finish last year, when Dufner was two shots off the lead through two rounds but failed to break par over the weekend. Three of his five starts in 2014 have resulted in top-10 finishes.

7. Jim Furyk: The veteran struggled mightily at Doral but he's had no trouble in Tampa recently, following his 2010 win with T-13 (2011), T-2 (2012) and T-7 (2013). Furyk was among the four-man playoff won by Donald two years ago, and he has broken par in 14 of his last 16 rounds on the Copperhead Course. He made it to the quarterfinals of the WGC-Accenture Match Play last month, so the form is not that far away.

8. Gary Woodland: Woodland notched his first career PGA Tour win here in 2011, and after battling through injuries for much of the past two years he is now playing some of his best golf. Woodland followed his breakthrough win with a T-29 here in 2012, carding four straight rounds at par or better. This season he has a quartet of top-20 finishes, including a playoff loss in Malaysia and a T-10 finish at Torrey Pines when played in the final group on Sunday.

9. Justin Rose: The reigning U.S. Open champ is one of the highest-ranked players in this week's field, but he's struggled to get things going in 2014 while battling shoulder tendinitis. Rose has never finished outside the top 30 in seven career starts at Innisbrook, though, a run that includes a T-5 finish in 2011. He may still need some reps before rounding entirely into form, but this week should help move him in that direction.

10. George McNeill: Fresh off three straight top-20 finishes, McNeill returns to an event where he was a runner-up in 2008. A graduate of Florida State, McNeill went to high school in nearby Ft. Myers and has plenty of experience playing golf along Florida's west coast. He has five top-25 finishes in nine starts this season, including a T-6 last month at the Northern Trust Open and a T-19 last week in Puerto Rico despite a final-round 73.