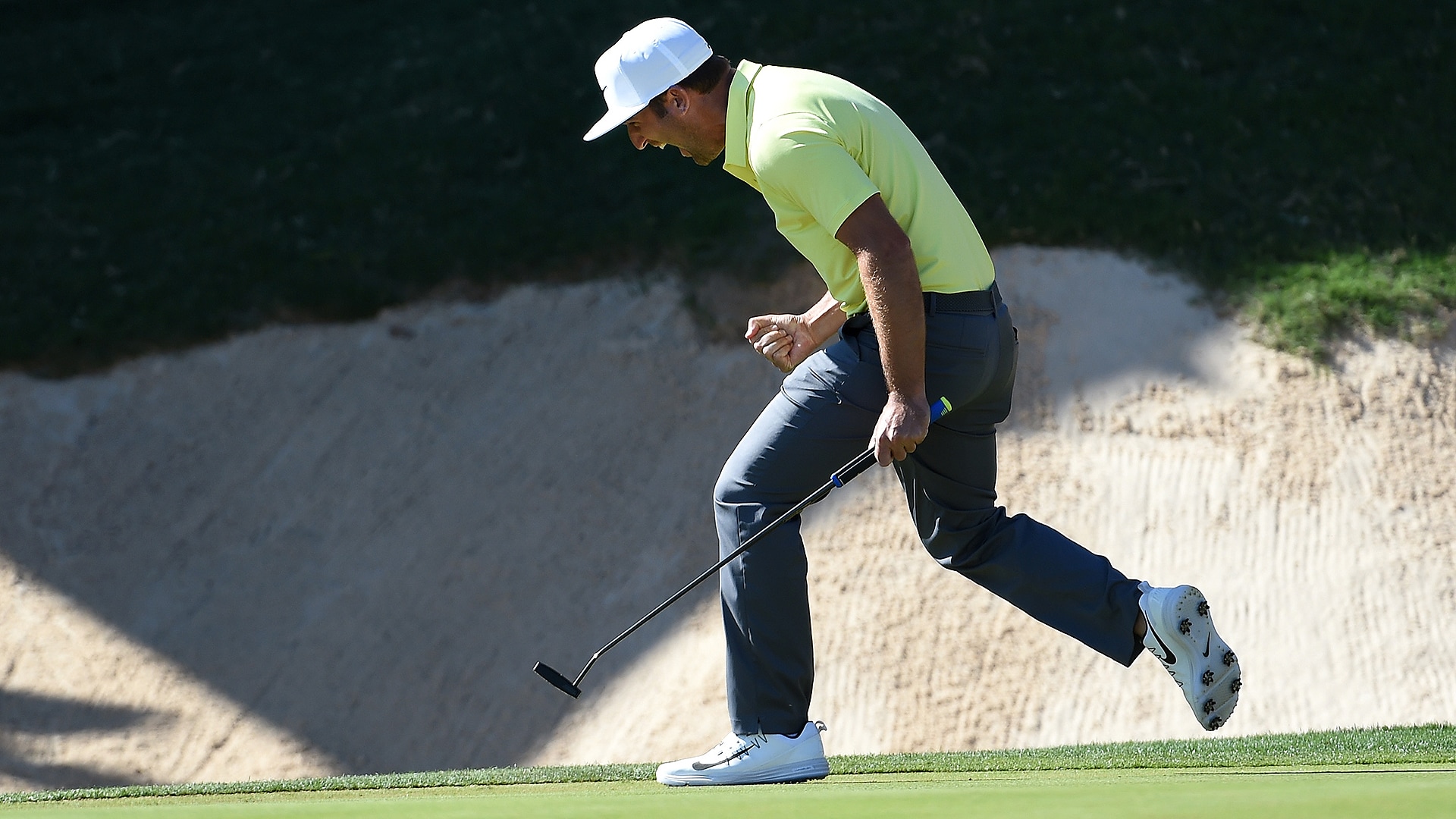 After 180 starts, Kevin Chappell finally has his name on a PGA Tour trophy. Here's how things ended up at the Valero Texas Open, where Chappell held off a hard-charging Brooks Koepka for his maiden victory:

What it means: After holding a share of the 54-hole lead on three prior occasions without getting the job done, Chappell carried a one-shot advantage into the final round and managed to close it out, albeit in dramatic fashion. The most notable of that group was Koepka, who posted the clubhouse lead after a closing 65, but Chappell's birdie on the final hole gave him the winning margin and led to an epic post-victory celebration.

Round of the day: Koepka started the day four shots off the pace, but he made a quick move up the standings with five birdies over his first eight holes. While he stumbled on No. 9 and missed a short birdie on No. 14, Koepka still found three more birdies on his inward half to give himself a shot at the victory and notch the lowest score of the day by two shots.

Best of the rest: Chappell didn't slow down from the pole position, as the clinching birdie finished off a round of 4-under 68. The highlights included stiffed approaches on Nos. 7 and 10, but the one he'll remember came on No. 18 where he got up and down from 88 yards to edge Koepka and ditch the label of best player still without a Tour win.

Biggest disappointment: Branden Grace started the day one shot behind Chappell and was expected to challenge for another trophy, but instead he faded with a final-round 73. Grace's birdie on No. 2 proved to be his only circle on the day, as he played the next 16 holes in 2 over to drop back into a tie for 10th.

Shot of the day: Chappell appeared to feel the nerves on No. 17 when he failed to convert a great birdie chance, but he steeled them on the final hole when he rolled in the winning putt from just over 8 feet with Koepka warming up nearby on the range.

Quote of the day: "I'm just excited I don't have to answer that question again, what do I have to do to win." - Chappell