Garcia after grueling 36-hole day: 'I’m too old for this' 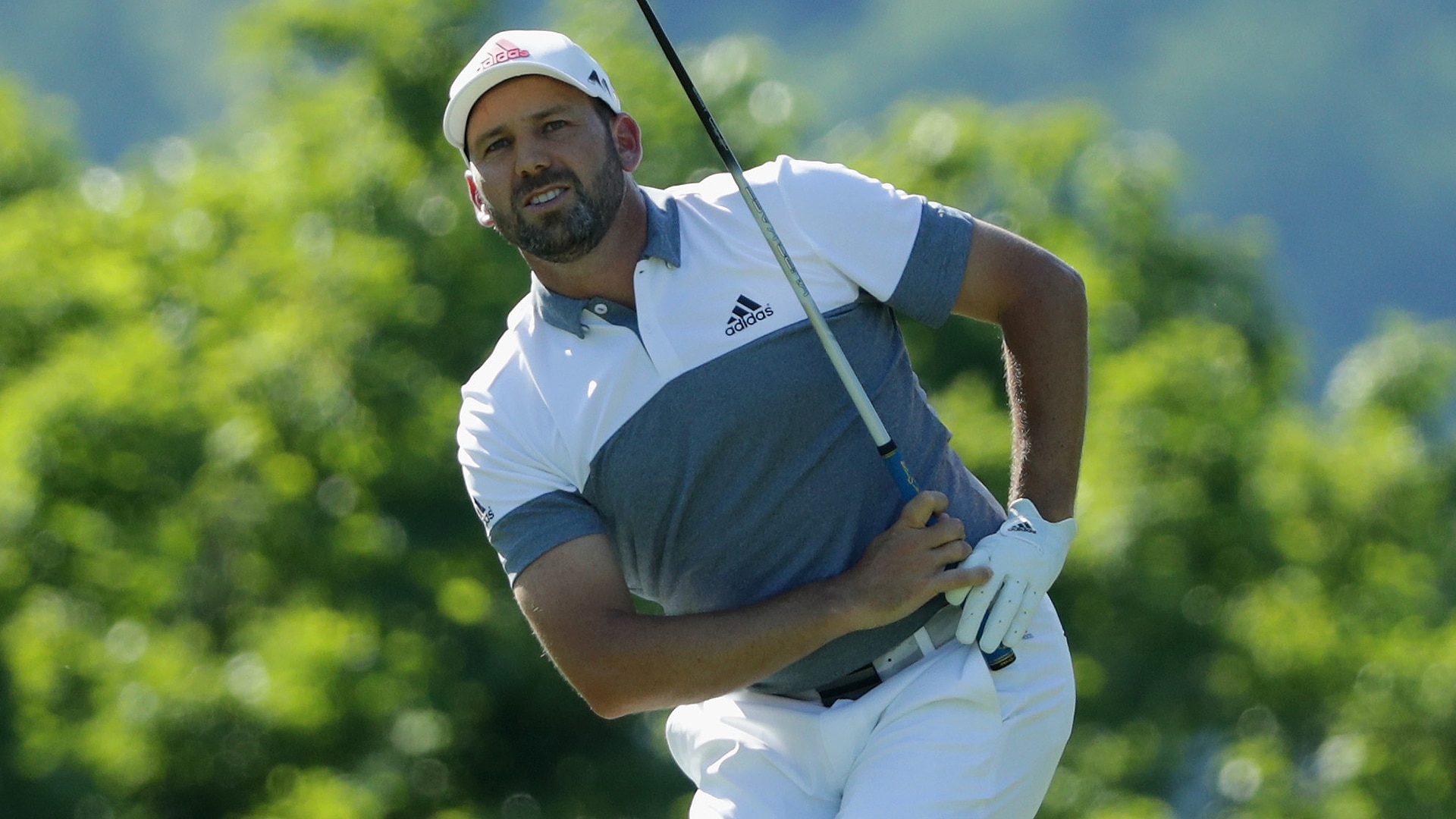 OAKMONT, Pa. – Sergio Garcia battled hard to the end Friday to give himself a weekend chance to win his first major championship.

After moving up the leaderboard with some brilliant ball-striking in a grueling 36-hole marathon day of golf at Oakmont Country Club, Garcia used his putter to keep himself there. He set off a roar at his last hole of the day, burying a 51-foot putt to save par.

At 2-under 138, Garcia left the course tied for fourth in the suspended second round, just two shots behind the leaders, Dustin Johnson and Andrew Landry.

“My legs, I’m tired,” a smiling but exhausted Garcia said after. “I’m too old for this.”

After Thursday’s weather suspensions, Garcia, 36, was among players who got a double dose of Oakmont on Friday.

Garcia opened with a 2-under-par 68, equaling his best start in his 17 U.S. Open appearances. After a little more than an hour break, he was back out on the course, posting an even-par 70 that ended with that satisfying par save.

“This is definitely the toughest golf course I’ve ever played,” Garcia said. “There’s no doubt about it.”

Garcia is 0 for 70 in major championships with four runner-up finishes.

With some stellar ball-striking, Garcia navigated well around the difficult test Oakmont offered, but he looked as if he was going to give some ground away after pulling his last tee shot at the ninth hole into heavy grass in a gully. After hacking out, he wedged to 51 feet and made the putt.