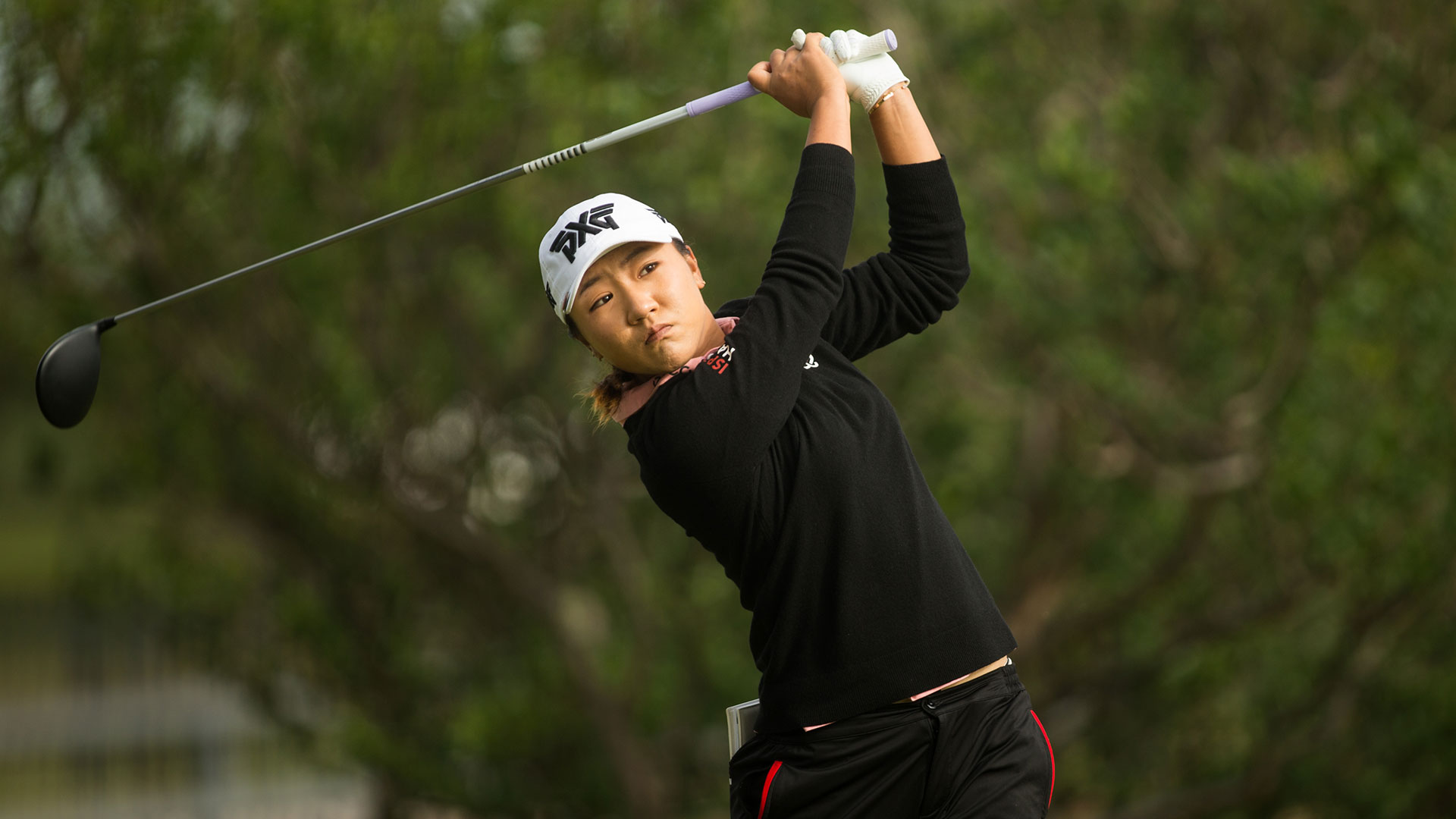 Ko said she didn’t really know what she was looking for her rookie year, when she went through a bunch of caddies before settling on Jason Hamilton as her first real full-time caddie late in the season.

“Obviously, the number of caddies I’ve had is not a small number,” Ko said. “My first year, I didn’t technically fire eight caddies. I didn’t even know what I wanted or needed in a caddie. As an amateur, you’ve always got a friend, or my mom ...”

Ko gave a thumbs up to Peter Godfrey as her newest caddie after their first start together Thursday at the Volunteers of America Texas Shootout, with Ko posting a 1-under-par 71.

Godfrey is actually the 11th caddie Ko has used since turning pro. She thanked eight caddies for their service when she accepted the LPGA Rookie of the Year honor at the season-ending awards dinner. She used a local caddie at the Sime Darby for one event last year, then hired Gary Matthews, who lasted nine events before Ko let him go after the Lotte Championship two weeks ago.

Godfrey was named Caddie of the Year at the HSBC Women’s Champions in March, based on a vote by his LPGA peers. He was on Ariya Jutanugarn’s bag when she won the Ricoh Women’s British Open last year and on Ha Na Jang’s bag earlier this year. Godfrey is married to LPGA pro Jane Park, the 2004 U.S. Women’s Amateur champ.

“She’s kind of like one of my big sisters on tour,” Ko said.

Ko said she got to know Godfrey spending so much time with Park.

“It was great to get the phone call,” Godfrey said. “She’s a great girl and without question a hell of a player. I think we can gel quite well together. Hopefully, it’s a long-lasting partnership.”

“I never really get so high or low when I don’t play well,” Ko said. “I kind of felt I needed somebody who would say, `Hey, it’s OK, we can make birdie on the next hole,’ or `We can bring it back the next round.’ I kind of needed somebody with a little bit more of a positive thing, or that nice, confident energy. That’s what I was looking for, and, hopefully, that will happen between Peter and I.”