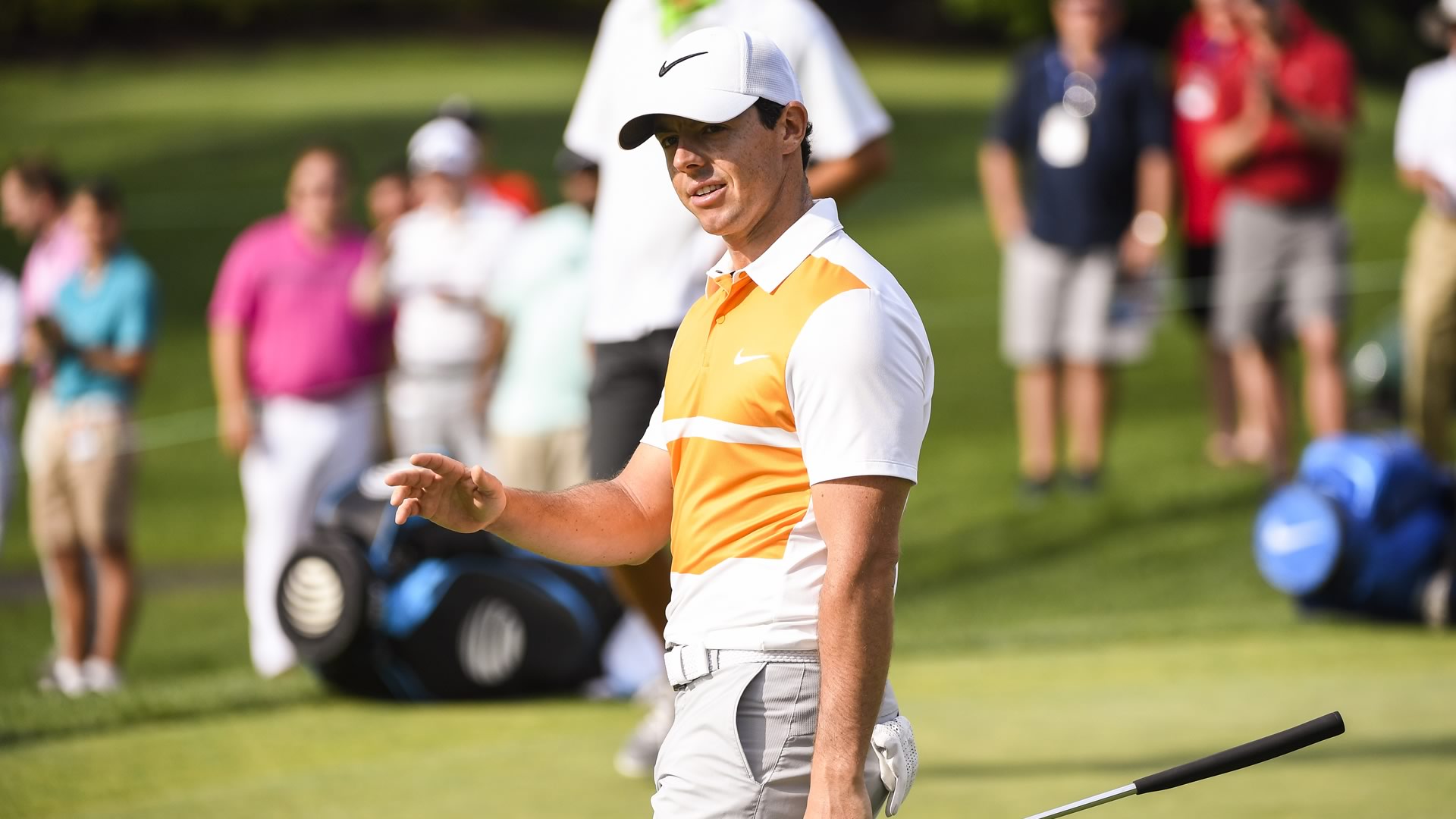 DUBLIN, Ohio – Rory McIlroy had a simple explanation for switching back to a conventional putting grip Thursday at the Memorial Tournament.

“I had 127 putts the week that I won the Irish Open,” McIlroy said after taking 29 putts in a round of 1-under 71 at Muirfield Village. “So it's not as if I putted particularly well that week. I won that golf tournament with my ball striking alone. I just felt like it was time to – you know, I thought about it for a while, and I was messing around on the putting green over the weekend. Just went back to the grip and really trying to focus on the basics like setup and eye position and ball position and stuff like that, alignment.”

McIlroy went to the cross-handed stroke before Doral and said he planned to stick with it, but the experiment lasted three months.

“I feel like my pace was a little off left-hand low, and I feel like coming into golf courses like here where the greens are really quick, and obviously Oakmont [site of the U.S. Open], where the greens were ridiculously fast, I felt like to give myself the best chance of having a little bit more feel and a little bit more visualization and stuff, I just needed go back to what I've done for most of my career.”

It didn’t take long for McIlroy to get used to the conventional grip.

“This feels, after that 30 minutes or an hour, it feels normal,” he said. “One thing I did like about left-hand low is it squared my shoulders up. So I'm really trying to focus on alignment and really setting up to the ball correctly each and every time and being really strict with that.”

McIlroy’s driving was solid again Thursday. He found 10 of 14 fairways and averaged 301. 7 yards off the tee, which can sometimes make the battle with the flatstick so maddening.

“I feel for me, the margins in putting are so fine, and that's the thing for me that I feel like the difference between having a good putting day and a bad putting day is very, very small,” McIlroy said. “Where for me, anyway, a fairway is 30 yards wide. I mean, you can fit a million golf balls in a row that length – that width of the fairway, where in putting it's just a little bit finer than that.”

“It's a mental thing for me, as well,” he added. “But I feel like the way I'm putting, I'm definitely on the right track.”

And for now, the left-hand low grip is a thing of the past.