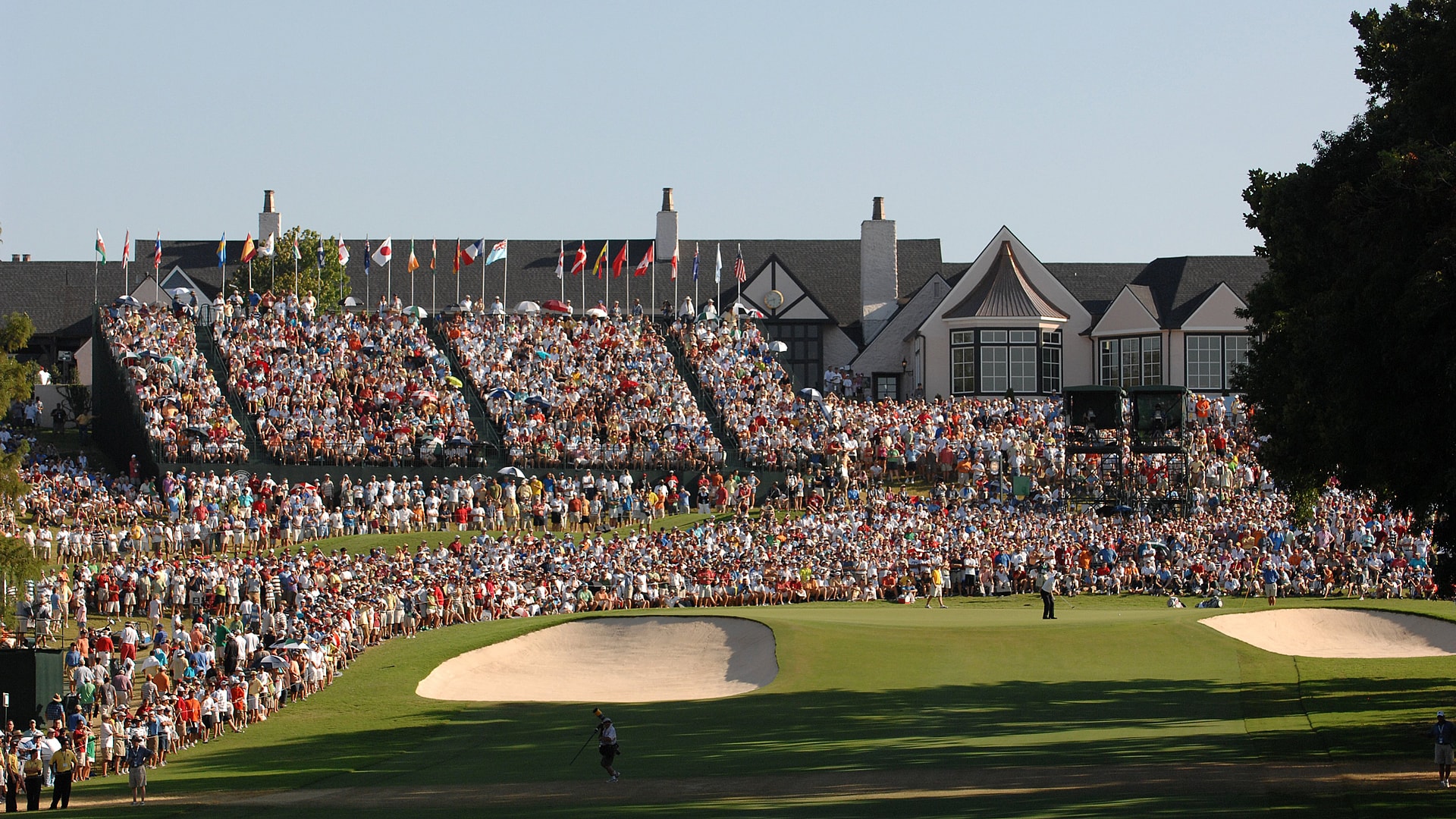 The PGA of America announced Tuesday that Southern Hills Country Club will host the PGA Championship for a record fifth time "no later than 2030."

As part of the announcement, Southern Hills was also named as host site for the 2021 Senior PGA Championship.

"Few American golf venues match the legacy and record of excellence of Southern Hills Country Club," PGA of America president Paul Levy said in a statement. "Some of our sport's greatest names have walked these fairways and etched their name in major championship history."

Future host sites for the PGA Championship are currently booked through 2023. This summer the tournament will be held at Quail Hollow Club for the first time, followed by Bellerive Country Club, Bethpage Black, TPC Harding Park, the Ocean Course at Kiawah Island, Trump National Bedminster and Oak Hill Country Club.

While the exact date for a return to Southern Hills remains in flux, so too does the question of when during the year the tournament will be played. A groundswell continues to build for The Players Championship to move to March and the PGA to move to May, perhaps as soon as 2019, allowing the PGA Tour to wrap up the postseason by Labor Day.

European Tour chief executive Keith Pelley said last week at the BMW PGA Championship that he expects the PGA to move to May and expects the PGA of America to make a decision on the move by the end of August.