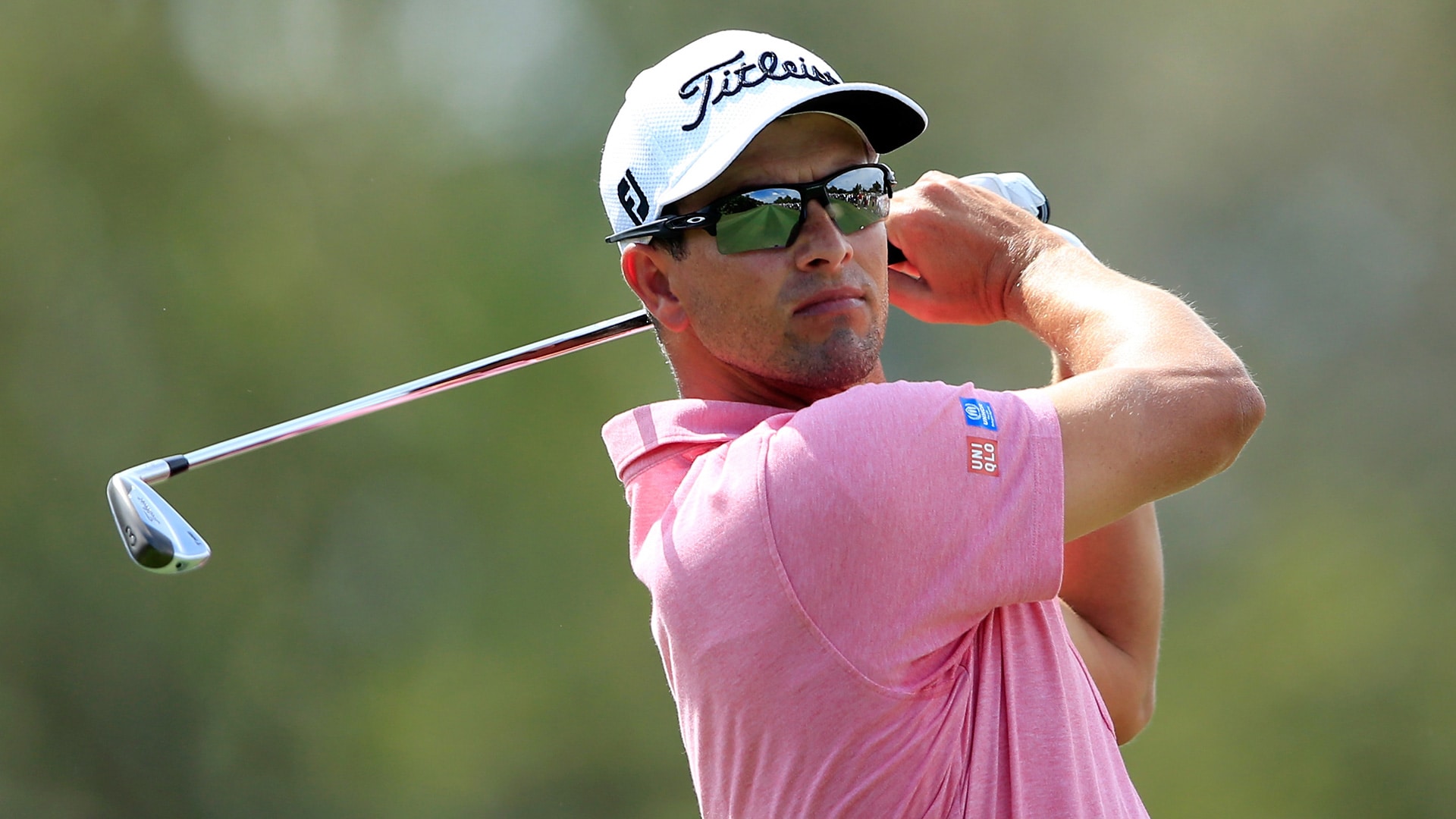 Thanks to a round of 6-under 66, last week’s winner Adam Scott will take a two-shot lead into the weekend over a loaded leaderboard at the WGC-Cadillac Championship. Here’s what went down on Day 2 at Doral:

What it means: Scott is in search of his second consecutive victory after snapping a winless drought last week at the Honda Classic. He made four birdies and a bogey on each nine to take a two-shot lead over Rory McIlroy and Dustin Johnson, who both went low in Round 2 after pedestrian starts. A 12-time Tour winner, Scott has one previous WGC title, when he won in Akron alongside a jubilant Steve Williams in 2011. In his Tour career, he's converted 6 of 13 36-hole leads, and seven of the last 10 winners at Doral had a share of the 36-hole lead.

Round of the day: Following an even-par start, Dustin Johnson turned in a bogey-free 8-under 64. DJ went out in 33 and closed in 31 to move within one of the lead. With a win this week, Johnson would become only the third player to successfully defend a PGA Tour title at Doral, joining Ray Floyd (1980-81) and Tiger Woods (2005-07).

Best of the rest: McIlroy rebounded from a water-based, double-bogey finish on Thursday with a round of 7-under 65. Rory traded a birdie and a bogey on his first two holes, then rattled off four circles in a row on Nos. 5-8 and added three more on the back to put himself squarely in the mix for his first U.S. victory since last year’s Wells Fargo Championship. The world No. 3 has won a WGC event in each of the last two years, taking the Bridgestone in 2014 and the Match Play last year.

Biggest disappointment: Phil Mickelson raced out to the lead on the back of four consecutive birdies on Nos. 5-8. Already ahead by two, Mickelson had an opportunity to run away from the field but failed to cash in on three quality opportunities for birdie on Nos. 10-12, two of which were from inside 10 feet. From there, he forfeited his lead and his 4-under-par start with two bogeys and a double across his final six holes to shoot an even-par 72. He sits five back at 5 under heading into the weekend.

Shot of the day: How about by accident? Kristoffer Broberg was 10 over for the week as he stood over this third shot from a little inside 30 yards at the driveable par-4 16th on Friday. And for a second, it looked like his week was about to get worse, as he certainly appears to have skulled this pitch shot - before it went in.

Broberg shaved 10 shots off his opening round, carding a 73 Friday.

Storyline heading into the weekend: It’s a stacked field, and three of the top eight players in the world – Johnson, McIlroy, and Watson – are within four shots of No. 9 Scott. Other players within striking distance include No. 15 Willett, No. 30 Casey (-5) and fellow Masters champions Mickelson and Charl Schwartzel (-4). Suffice it to say, Scott has his work cut out for him if he wants to pick up his second victory in as many weeks.