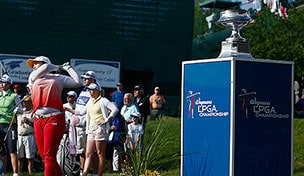 PITTSFORD, N.Y. – South Koreans ought to be riveted to Sunday’s start of the final round of the Wegmans LPGA Championship with national pride in play.