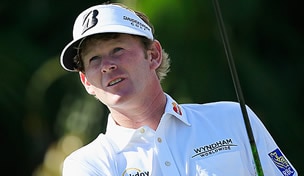 There is an openly gay player in the NBA, and soon there will be one in the NFL. The PGA Tour has yet to have an openly gay member, but as Brandt Snedeker says in the upcoming season premier of "Feherty," odds are there is already a gay player (or players) on Tour.

"I don't believe that at all," said Snedeker after host David Feherty remarked, "Apparently we have no gay golfers."

While the LPGA has had several openly gay players, Snedeker said he welcomes the day when the PGA Tour does, too.

"I don't think a gay golfer is going to be that big of a deal," Snedeker said. "It's not going to affect my life in any way, shape or form. If there is one, I welcome him to come out if he's comfortable doing it. I think it's a personal decision they need to make on their own."

Check out the full preview below. The new season of "Feherty" debuts Monday at 9 p.m. ET.