Who has the most unorthodox swing in the game? 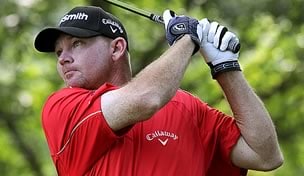 Tommy Gainey and his homemade swing won this past week’s McGladrey Classic. Does he possess the most unorthodox swing in the game? GolfChannel.com writers weigh in.

There is nothing orthodox about Tommy Gainey’s rise through the ranks of professional golf. He grew up in rural South Carolina; attended Central Carolina Technical College; worked on an assembly line before trying his hand at a golf career and, of course, wears two gloves for all shots – even putts.

With a background like that, you’d never expect the guy to have a swing like Fred Couples or Ernie Els.

Instead, he owns a maneuver that Brandel Chamblee once said “looks like he’s trying to kill a snake with a garden hoe.” Interesting imagery. With those two gloves, I’ve always thought he appeared more like a lumberjack chopping down an invisible tree. (click to view swing)

Whatever your descriptive terminology preference, it’s clear to see that Gainey is unconventional in the best way. He uses a true baseball grip, bends more at the waist than any instructor would recommend and dips his head like an 18-handicap. He lists his brother as his lone swing coach, perhaps because no one else could teach that move, let alone help him maintain it.

Two Gloves is the antithesis of the cookie-cutter, country-club types who clutter PGA Tour ranges with numerous gurus brandishing the latest video equipment. He’s the most unorthodox player around – and evidenced by his recent McGladrey Classic victory, that’s something to be celebrated rather than disapproved.

In this cookie-cutter age of swing theory and the sometimes overzealous pursuit of mechanical perfection Bubba Watson is the prince of unorthodox swings. (click to view swing)

In fact, it’s not even a contest. Just consider Tommy Gainey’s take on the big left-hander’s unique action, “I mean Bubba just . . . I mean he slashes at it. That’s about the only word I can use that would come close to the way he hits it.”

This from a man widely known as “Two Gloves,” who admittedly has a hate-hate relationship with the ubiquitous TrackMan machine that dissects players’ actions.

Watson’s swing is long and loose and virtually uncoachable. In the wake of his Masters victory in April numerous swing coaches said they wouldn’t take on Watson as a student because, as one coach said, “there is no way to teach that.”

What appears to be a collection of mutually exclusive moving parts produces the fastest club-head speed on Tour (124.69 mph), the longest driving average (315.5 yards) and, most importantly, the year’s greatest shot.

From 151 yards away, Watson carved his second shot out of the trees right of the 10th fairway at Augusta National, his second playoff hole, to 10 feet for a two-putt par and his first major championship – a historically unorthodox shot from the game’s most unorthodox swing.

Nobody gets more double takes in golf than Josh Broadaway on the Web.com Tour.

That’s because nobody defies convention more than Broadaway, not Jim Furyk nor Tommy “Two Gloves” Gainey. Notably, it’s not really the motion of Broadaway’s swing that makes it the most unorthodox in pro golf. If you were watching from afar, you might not notice anything odd. It’s his cross-handed grip that makes his swing radically different from any in golf.

A left-handed batter in youth baseball, Broadaway couldn’t find left-handed clubs growing up, and so as a young boy he put his left-hander’s grip on the right-handed clubs. He tried to change for a time to a conventional grip, but it never felt comfortable, so he went back. Broadaway, 34, was good enough cross-handed to Monday qualify for The Honda Classic last year and make the cut. He barely missed graduating to the PGA Tour last year, finishing 28th in money winnings on the now Web.com Tour, three spots short of a PGA Tour card. He’s 75th in money this year but still determined to someday become the first player to win a major cross-handed.

Jim Furyk’s swing draws many comparisons – to actions in other sports, strangely, not necessarily to Rory McIlroy. (click to view swing)

Space is limited, so let’s merely gloss over his ever-changing putting stroke and unique pre-shot routine. Grip and re-grip. Back off and settle in. Hike up the pants. Consult and calculate.

Yet despite all of his quirks, the 42-year-old Furyk has won 16 times on Tour. He’s earned more than $52 million. He’s a lock for the Hall of Fame.

All of which makes him the most successful unorthodox swinger of his generation – and the envy of unconventional players everywhere.