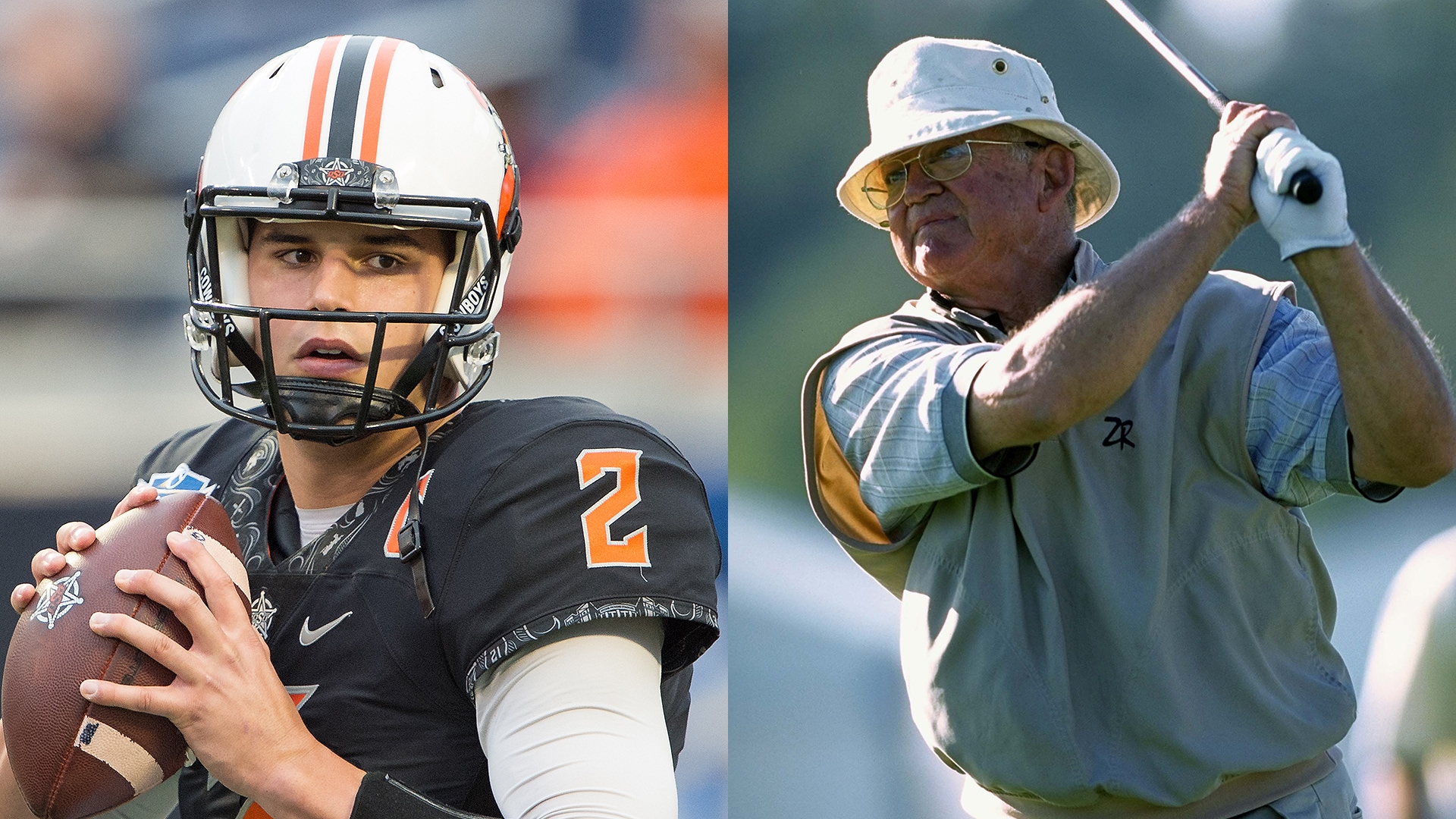 The drafting of Oklahoma State quarterback Mason Rudolph by the Pittsburgh Steelers on Friday elicited one question among golf fans: Is he related to the former PGA Tour player of the same name?

The answer is no. The football player, who may be the successor to Ben Roethlisberger, is the son of a former University of North Carolina linebacker, Brett Rudolph, and grew up in Rock Hill, South Carolina.

Mason Rudolph the golfer won five times on the PGA Tour between 1959 and 1970, including the 1964 Greater New Orleans Open Invitational, a forerunner to this weekend's Zurich Classic.

Born in Clarksville, Tenn, Rudolph won the 1950 U.S. Junior Amateur, which qualified him for the U.S. Open at Merion. He was just six days past his 16th birthday. He later won the 1956 Western Amateur and played on the 1957 Walker Cup team.

Rudolph joined the Army after attending college for a couple of years, and in 1958 he won the Armed Forces Championship. Later that year he turned pro.

Rudolph joined the PGA Tour in 1959 and ended up being named rookie of the year. He later played on the 1971 U.S. Ryder Cup team. After his playing career ended, he became men's golf coach at Vanderbilt, serving in that position for five years.

According to Rudolph's obituary in The New York Times, he made the cut in 409 of 430 starts, and once went 105 consecutive tournaments without hitting a ball out of bounds.

One final note about both Mason Rudolphs. "Mason" is the first name of neither. The quarterback is Brett Mason Rudolph III. The golfer was Edgar Mason Rudolph.