Monday Scramble: Moving on and wrapping up 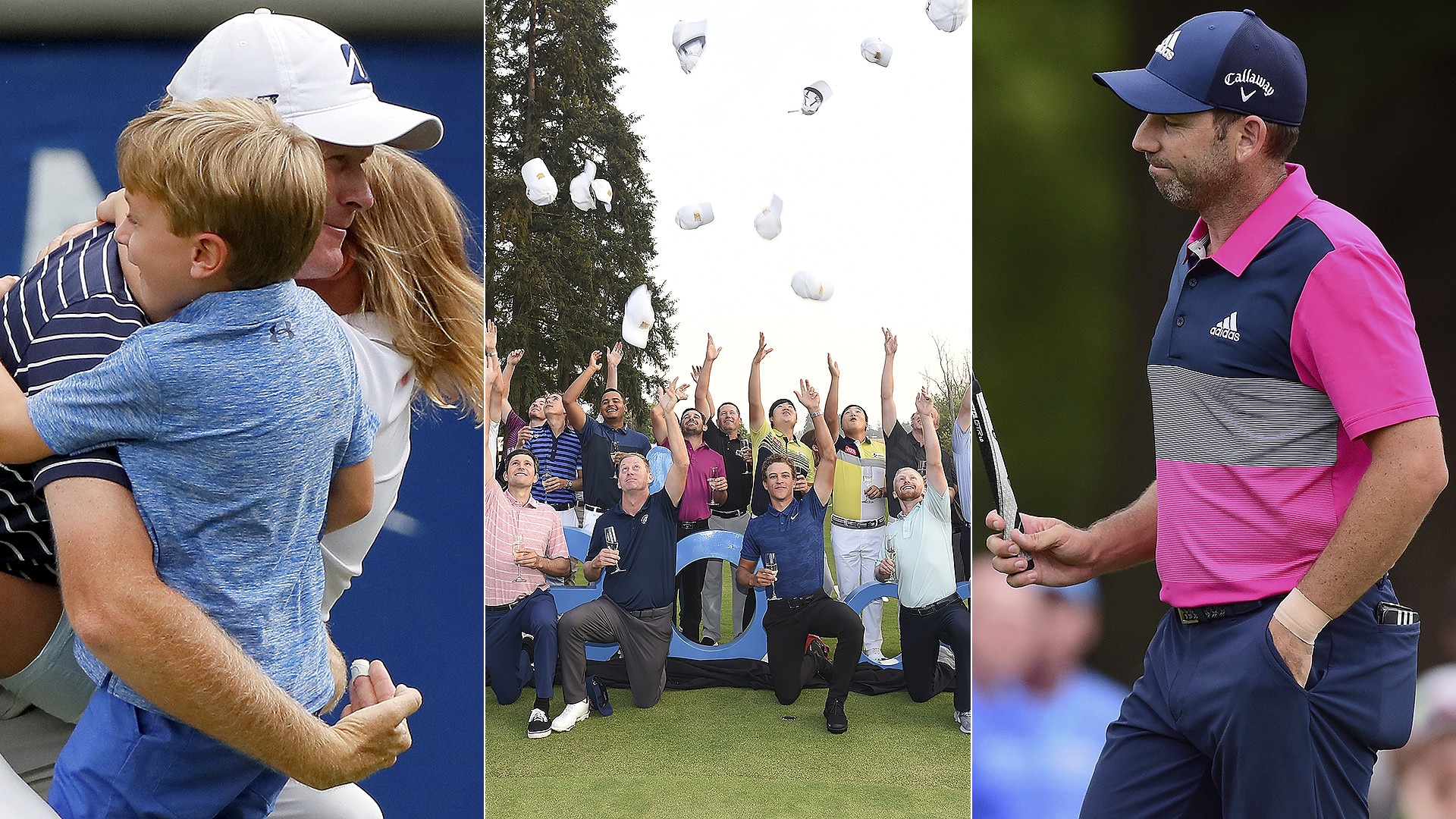 There wasn't a lot of movement along the FedExCup demarcation line, with two players jumping inside the top 125 on the points list ahead of the playoffs. Only one outsider cracked the top 25 on the Web.com Tour money list in its regular-season finale. But the battle for postseason spots and future playing privileges makes this past Sunday one of the most exciting in the sport. There is something gladiatorial – perhaps a bit extreme – about an individual fighting for his professional existence. Granted, players have had an entire season to NOT be in this position. But somebodies have to be on the bubble. And while some rise and other choke, we are entertained.

1. We'll get back to Maximus and Co. in a bit, but let's first pay off the Wyndham champion. Brandt Snedeker started the week becoming the ninth different player to break 60 on the PGA Tour and ended it with his ninth career Tour victory. A golf maxim is that it's very difficult to back up a low round. So how impressive is it to shoot 59 on Thursday and keep it going for three more days? Snedeker's wire-to-wire win moved him to 30th in the FedExCup standings and 50th in the world rankings - and possibly onto Jim Furyk's radar.

2. Sneds for a captain's pick? He finished 37th on the final U.S. Ryder Cup points list and wasn't even an afterthought - at least among media and public - as a potential wild-card selection. But that's the point of delaying the picks, to see if anyone catches fire over the next few weeks. Safely assuming Tiger Woods and Phil Mickelson occupy two of those four slots, Snedeker just fired the opening salvo in the final push for one of the other two.

3. Sticking with the Ryder Cup theme, the European team still has two weeks remaining before its top eight is finalized. Thanks to his fourth-place showing at the Nordea Masters, Thorbjorn Olesen is currently among that inner group; Ian Poulter and Paul Casey, neither of whom played this past week, are not.

Also on the outside: Sergio Garcia. The Ryder Cup stalwart concluded his miserable PGA Tour season by failing to advance to the FedExCup Playoffs. That means, unless Garcia plays next week's Made in Denmark event (he's not slated for this week's Czech Masters), Euro captain Thomas Bjorn is going to have to choose between Sergio's past and present.

4. Garcia finished 128th in FedExCup points but, of course, the 2017 Masters champion doesn't have to worry about his schedule for next year. Here's the way the chips fell around the 125 cut line after the Wyndham Championship:

Nick Taylor shot 7-under 63 in the final round at Sedgefield Country Club to bust through, while English closed in 68 to sneak in. Piller and van Aswegan had little chance after missing the cut.

5. The Web.com Tour wrapped up its regular season on Sunday at the WinCo. Portland Open. Sungjae Im won the event, becoming the first player in tour history to lead the money list wire-to-wire. Im also won the season-opening tournament and, with over $534,000 in earnings, nearly doubled up No. 2 on the money list.

6. So, 25 players already have their Tour cards for next season. But all is not equal. The higher you are on the money list, the higher your priority ranking, and the better chance you have of getting into a PGA Tour field. Players among the top 25 on the Web.com regular-season money list can improve their priority ranking during the Finals.

7. Viktor Hovland has had quite the year while at Oklahoma State. He won his first collegiate event, earned All-America status, helped lead the Cowboys to the NCAA title, and just won the U.S. Amateur. The 20-year-old Norwegian defeated UCLA's Devon Bling, 6 and 5, in the 36-hole final. It was an emphatic finish to a dominating week. This according to GolfChannel.com senior writer Ryan Lavner:

The fifth-ranked amateur in the world, Hovland never trailed during his final 86 holes and was 1 down only once in six matches. His 104 total holes tied the fewest played by a U.S. Amateur champion since 1979.

8. Sung Hyun Park defeated Lizette Salas in a playoff at the Indy Women in Tech Championship. It's Park's third win of the season, two of which have come in playoffs. She also reclaimed the No. 1 spot in the Rolex rankings. This week's LPGA event is the CP Women's Open in Canada ... where Park is the defending champion.

9. Lexi Thompson competed for the first time since taking a "mental break" from competition. Despite a rules violation in the third round, Thompson finished tied for 12th.

Who's got two thumbs and loves golf? Not this guy below.

This from an Associated Press story:

A man has bitten off another man’s finger during a fight at a Massachusetts golf course.

WCVB-TV reports a 47-year-old man was arrested at the Southers Marsh Golf Club in Plymouth Friday after he apparently got into a fight with another golfer and bit off a part of his thumb.

The station reports the victim’s thumb had been bitten off to his knuckle and he was transported to a local hospital for treatment. The incident happened around sunset.

Playoff Fever: Maybe that's what Rory McIlroy has. He's skipping the first playoff event, this week's Northern Trust. At 21st in the standings, he's not a lock for the Tour Championship.

Heckle and Hide: Tiger Woods' caddie, Joe LaCava, told a story this past week about how he paid a heckler $25 to get lost at the WGC-Bridgestone Invitational. It takes a special kind of ass to be that grating.

A Win to En Joie: Bart Bryant made a 25-foot birdie putt on the final hole to win the Dick's Sporting Goods Open. It's his second career PGA Tour Champions title, both of which have come at this event (2013). During a week in which PGA Tour players paid tribute to Jarrod Lyle, who recently lost his battle with leukemia, Bryant won this event in memory of his late-wife, Cathy, who died last year of brain cancer.

High Honor: Bernhard Langer was named this year's Payne Stewart Award recipient. The honor is presented annually by the PGA Tour to the golfer who best exemplifies the values and character of the three-time major champion who died in a 1999 airplane crash.

Blown Fantasy Pick of the Week: T. J. Vogel. He may have Monday qualified for a record eighth time in a Tour event, but he also missed his fifth cut in said eight tournaments. Sigh.