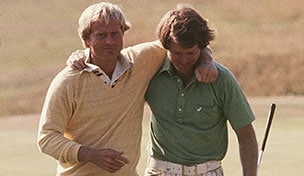 Getty Images
Bert Yancey won by five shots over Gene Littler, but he almost didn’t even get to play the final round. Only a last-minute phone call from his caddie saved Yancey from being disqualified for showing up late. Yancey forgot that tee times had been moved up for television. When he got the call he had 15 minutes to make it to the first tee. "I've never been so frightened," he said, but he recovered sufficiently to shoot 66.  -

The 1986 Masters easily advanced through the first round of the Major Match Play Championship. So did the “Duel in the Sun,” the 1977 British Open. As did the “Miracle at Merion,” Ben Hogan’s victory at the 1950 U.S. Open.

The historic 1913 U.S. Open won by Francis Ouimet remains alive. So do three of the five Tiger Woods major championship triumphs that are part of this competition, including his historic 12-shot runaway at the ’97 Masters and his record 15-shot rout at the 2000 U.S. Open.

GolfChannel.com’s quest to identify the greatest major championship ever played continues this week with online voting deciding which majors continue to advance in the match-play format. The highest seed in every first-round match won last week, but let’s see how they fare in some compelling second-round matches, none more compelling than Woods’ 2000 U.S. Open title against his ’08 U.S. Open title.

• Process for determining our 16 majors

Here are the quarterfinal matches with the first-round results below (seeds in parentheses). Check out the matchups and vote below.

Nicklaus’ last major championship victory, the most emotional and unexpected of his record 18 major titles, faces some stiff competition. The ’86 Masters is up against the ’60 U.S. Open, a major that featured so many compelling twists and turns and a classic Arnold Palmer charge. The King came from seven shots back in the final round to win at Cherry Hills. There was more than that to marvel over, though. Just a 20-year-old amateur back then, Nicklaus worked his way to the top of the leaderboard for a time in that final round. So did a 47-year-old Ben Hogan.

Hogan’s “Miracle at Merion,” his ’50 U.S. Open victory just 16 months after a car crash nearly killed him, faces the combined star power of Tom Watson and Nicklaus. The ’77 British Open featured one of the great duels in major championship history with Watson beating Nicklaus in head-to-head pairings on Saturday and Sunday at Turnberry. Watson won the championship by a stroke, shooting 65-65 on the weekend to beat Nicklaus, who shot 65-66.

This is basically the appeal of Woods as a dominant force against the underdog former caddie who put American golf on the map. Woods made his first major championship victory look like a coronation, his 12-shot rout at the ’97 Masters announcing the arrival of a new star in major championship golf. Ouimet’s victory at the ’13 U.S. Open at Brookline put golf on the front pages of newspapers around the world. The amateur’s upset of British titans Harry Vardon and Ted Ray in a playoff popularized the sport in the United States.

It’s Woods vs. Woods. It’s Woods at his most spectacular, his 15-shot rout at Pebble Beach in the 2000 U.S. Open, against Woods at his grittiest and most resolute, his playoff victory against Rocco Mediate at Torrey Pines in the ’08 U.S. Open. Woods won at Pebble Beach showing no weakness or vulnerability. He won over 91 holes at Torrey Pines limping and wincing his way to the trophy on a fractured tibia and torn knee ligament in his left leg. 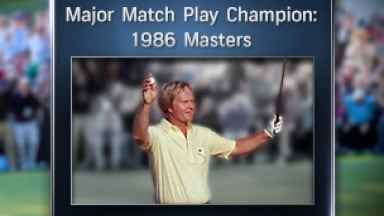 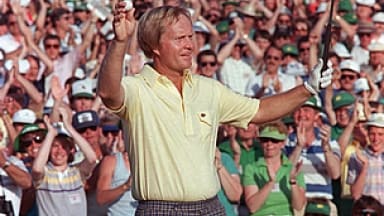 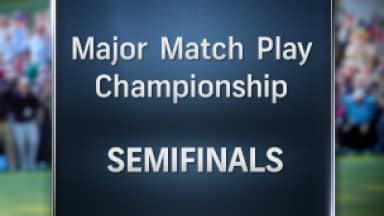 Jack Nicklaus got revenge on Tom Watson (kind of) and Tiger Woods took down Tiger Woods in the semifinals of the Major Match Play Challenge.