Sahalee proving to be a stiff test at Women's PGA 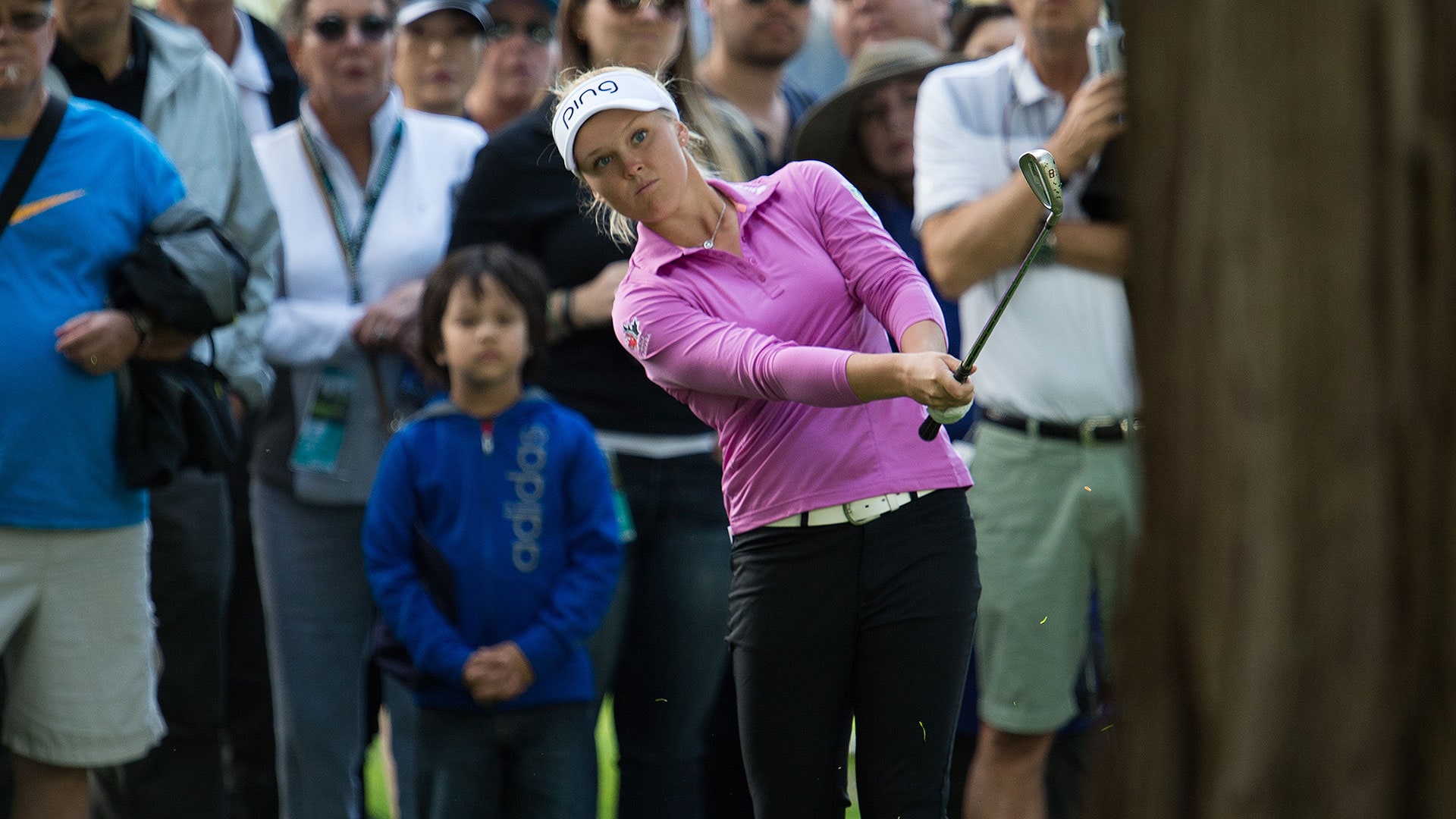 SAMMAMISH, Wash. – Mirim Lee loves the grandeur of Sahalee Country Club, but she thinks it could use a little gardening.

Lee wouldn’t mind adding a chain saw as the 14th club in her bag to do a little trimming here and there.

“I’d like to cut down some of these trees,” Lee joked.

As a formidable stage, stunning in its beauty and wicked in its circuitous routing, Sahalee is sharing top billing with the game’s biggest stars.

With a 2-under-par 69 Friday at the KPMG Women’s PGA Championship, Lee took a share of the second-round lead with Brooke Henderson (73). They’re one shot ahead of Rolex world No. 1 Lydia Ko (70), Brittany Lincicome (70) and Gerina Piller (69).

Through 36 holes, they are the only players left under par.

How tough is the ball-striking test?

Mo Martin, the straightest hitter in the game, is battling a bit of claustrophobia trying to squeeze shots into some of these narrow passageways. With Douglas Firs and Western Cedars towering more than 100 feet, fairways appear as intimidating, narrow corridors.

“There are definitely some narrow fairways,” Martin said after missing seven fairways through two rounds, which is about as many fairways as she typically misses in a month. “They’re demanding your attention every shot. This is 100 percent a major championship test, and it’s gorgeous.”

The challenge is that you can hit a fairway and end up in a bad spot. With trees hanging ominously over strategic turns of the course, there are actually invisible fairways within fairways here.

Hamilton joked how confining all the trees can make you feel.

“We’re walking single file down the fairways,” he said.

There’s no faking it around Sahalee. Players who aren’t spot on in their ball-striking this week are paying a price.

Lincicome fell in love with the look of the place, but she quickly learned those gorgeous firs and cedars don’t look as good when they’re leaning over what would be safe passageways on most courses.

“It’s very annoying, actually,” Lincicome said. “This is the only golf course where you can hit it in the fairway and still be penalized, which is crazy.”

The afternoon group saw their challenge compounded with some hard rain later in the afternoon.

“We’ve seen it almost as tough as it gets,” Ko said.

“Man, this place has some teeth,” Piller said.

It isn’t just the narrow corridors that confound players. It’s the green complexes, the undulations and mounding.

“It’s the kind of course where you’re playing defense all the time,” Hamilton said.

“The story is Langer won just trying to hit it in the middle of every green,” Hamilton said. “That’s kind of been our philosophy. Pitch it up on front and bounce it to the middle of the green.”

Catriona Matthew put up a 67 Friday, equaling Henderson’s opening round as low score of the tournament.

“There's no hole that you think is an easy hole,” Matthew said. “Every hole is a challenge. It’s kind of like fishing. You have to stay patient and try to hit fairways to give yourself a chance.”

Or bring a chain saw. 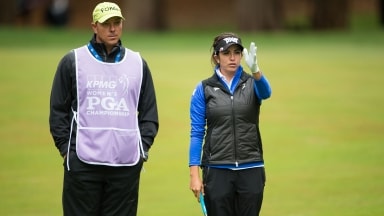 Piller: No regrets over late start taking up golf

Gerina Piller is a throwback. She’s old school in the way she came to golf. 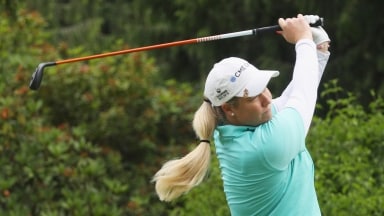 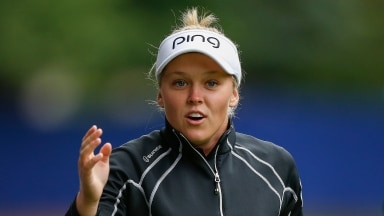 Brooke Henderson’s closing kick is formidable, but she has found herself too far back in the pack going into Sundays this year. With a 4-under-par 67 Thursday at the KPMG Women’s PGA Championship, Henderson appears intent on remedying that with her fast start.